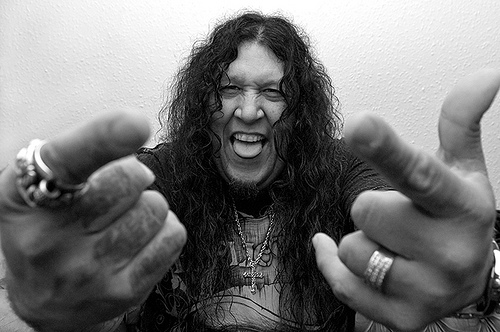 TESTAMENT vocalist Chuck Billy has been confirmed for a guest appearance on the new album from Swedish metallers THE HAUNTED, due later in the year via Century Media Records. The song, tentatively titled “Trendkiller,” has been described by producer Juan Urteaga, who recorded Billy’s vocal tracks, as “sick as heck!”

THE HAUNTED’s new album is being recorded at Antfarm studio in Åbyhøj, Arhus, Denmark with producer Tue Madsen.

The band released a new three-song single, Eye Of The Storm, on January 20 in Europe and January 21 in North America via Century Media Records.