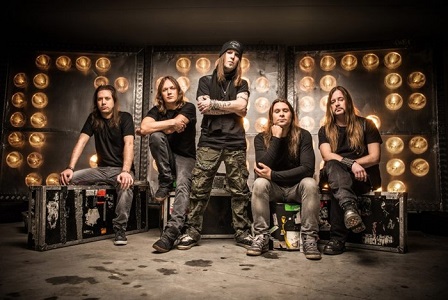 The band says in a statement: “As we parted ways with no bad blood, we wish him nothing but the best and thank him for allowing us to share the last twelve years of our lives with him. [We] hope [the fans] know that this will not affect the upcoming shows or the new album as we recorded it as a four-piece and it is already mixed, mastered, heavy as shit and ready to go!”

The band is currently in the studio prepping their new album for a fall release via Nuclear Blast.