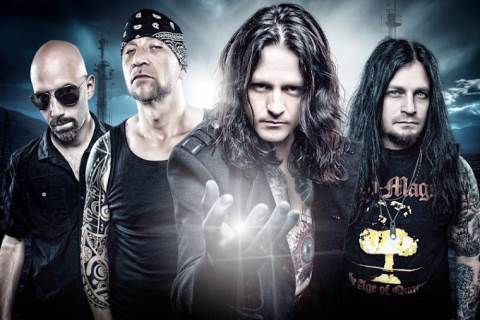 Thrashers CHANNEL ZERO have released a video for “Duisternis.” The song is taken from the band’s latest album, Kill All Kings, which was released by Metal Blade on June 20.

CHANNEL ZERO comments on the video: “The song ‘Duisternis’ deals with the World’s current state of civil unrest. The word ‘duisternis’ literally means ‘darkness.’ We can see clearly, if the human race continues with this sick state of mind — soon there will be only duisternis!!”

Formed in 1990, CHANNEL ZERO started has released five albums and is by far the most successful metal band ever to come out of Belgium.

In 2013, the band started to work on its sixth studio album, combined with playing at a handful of summer festivals to try out some of the new songs. On August 10, 2013, an unforeseen tragedy shook the entire metal community when drummer Phil Baheux was found dead in his home due to a rupture of an artery. The boyish, up-to-no-good giant had always been the energetic center of the band. And when the remaining bandmembers played a short acoustic set in honor of Phil at the Brussels Summer Festival, it felt as the final end of the band.

But never give up, never surrender; that was Phil and more. So late fall 2013, the band decided to continue, honoring their friend and comrade. With the new album, Kill All Kings, CHANNEL ZERO starts a new chapter in their impressive music career. Mikey seems to have become the riff DNA of the band and Franky challenges himself with ferocious vocal eruptions, even in his own dialect with the song “Duisternis” (= darkness). The tracks “Digital Warfare” and “Mind Over Mechanics” prove that CHANNEL ZERO is more combative than ever. And with Roy Mayorga (STONE SOUR, SOULFLY) on drums during the studio recordings they have someone worthy to continue Phil B’s legacy.

CHANNEL ZERO’s sixth studio album shows a band combining technical workmanship with raw energy and groove. Kill All Kings is a thundering musical pinball game between Teutonic trash, snarling groove metal, elusive melodies and that typical and completely unique sharp CHANNEL ZERO edge we have come to love more than anything else. 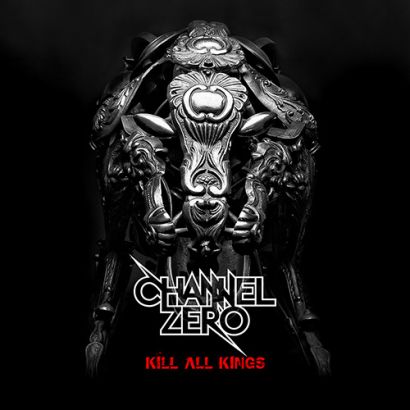 CHANNEL ZERO To Release “Kill All Kings” In June