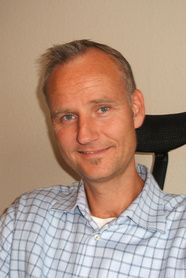 A2IM President Rich Bengloff states: “I first met Oliver back in 1990 when I was working at Important Record Distributors (IRD is RED today) out in Hollis, Queens and Oliver came to us for distribution as Century Media was opening an office in America. It was a period of transformation in the independent music distribution business as large distribution companies like IRD (now RED) were starting to replace the regional networks of distributors.

At first Oliver had issues which resulted in many arguments but over those arguments we developed a tight bond over music and business. We became close friends and Oliver turned me onto great German beer and my son onto metal music and merchandise and Oliver also became friends with my non- music industry friends.

Over the years, as often happens, we drifted apart but when Oliver infrequently visited New York we would get together and over the years as our paths constantly crossed and re-crossed Oliver and I always picked up our conversation as if we had just spoken the day before.

His legacy of Century Media will live on and our entire industry’s deepest condolences go out to his wife and children and the entire Century Group family. Oliver Withoeft will be missed by us all.”

Øystein G. Brun has released the following statement on behalf of BORKNAGAR:

“We have just received the very sad news that co-founder and CEO of Century Media Records, Oliver Withöft, passed away at an age of 49.

This is a utterly sad day for everyone associated to the Century Family and it is a day of great loss for the music business in general.

But first and foremost we want to express our deepest condolences to his closest family!

A great man has fallen!”