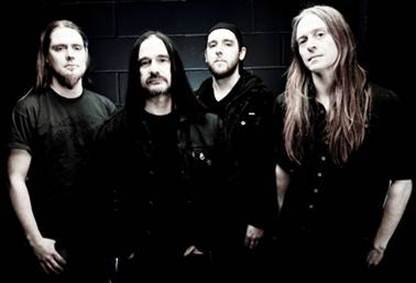 British extreme metal legends CARCASS will be teaming up with Swedish Viking death metallers AMON AMARTH for a European tour in November.

Jeff Walker of CARCASS comments: “We are extremely happy and flattered to have been invited by the mighty Amon Amarth on their forthcoming raids upon the fatherland and it’s borders. Carcass has not played a club tour in Germany for TWENTY YEARS!!! Yes I repeat TWENTY YEARS! This is gonna be great with both bands playing songs from their new killer albums Deceiver of The Gods and Surgical Steel” Anglo-Nordic Death Metal über Deutschland!”