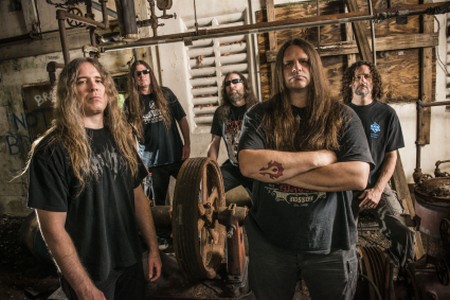 Floridian death metal titans have released the video for “Kill or Become,” a song from their new A Skeletal Domain album. The album sold 8,800 copies in the United States in its first week of release to debut at position No. 32 on The Billboard 200 chart.

A Skeletal Domain marks the band’s thirteenth full-length. Produced by Mark Lewis (The Black Dahlia Murder, DevilDriver) at Audio Hammer Studios, the record heaves forth twelve ill-omened tracks in forty-four skin-searing minutes, the result of which is a colossal, confrontational, and meticulously-executed aural attack that finds the band at the peak of their notoriously hyper-kinetic viciousness.