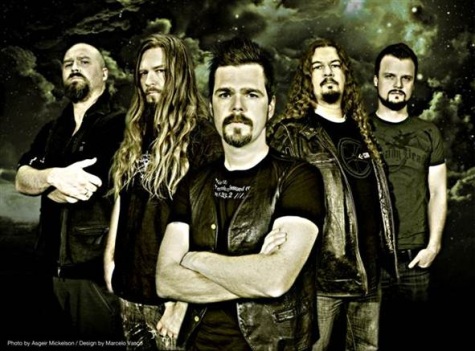 Winter Thrice, which — just like 2012’s Urd — was mixed by Jens Bogren at Fascination Street Studios (OPETH, KREATOR, AMON AMARTH) and packaged in artwork by Marcelo Vasco of P2RDesign (SLAYER, MACHINE HEAD, SOULFLY), is unique to the BORKNAGAR catalogue also because it features four vocalist parts, including the return of original singer and ULVER mastermind Kristoffer Rygg, a.k.a. Garm, who guests on two songs.

The album encompasses everything that BORKNAGAR has put to tape over the past two decades, from their most brutal assaults to their most experimental compositions, with a larger progressive vibe than ever before, making it an absolute highlight in the band’s already stellar career so far.

BORKNAGAR founder and guitarist Øystein G. Brun checked in with a comment about the track “The Rhymes of the Mountain” as follows: “This was in fact the very first song I wrote for the new album and in many ways a very personal song. The song is quite frankly a full throttle hymn to the mountains. Growing up between the mountains here at the west coast of Norway, the inborn attraction towards the mountains is very real- and has been real for generations. Maybe it is just some sort of evolutionary misfiring deriving from my ancestors where I feel the urge to get up high to watch for dangers or enemies approaching from the coast, or to find new places to settle down. Maybe, maybe not. But throughout history, mountains have had a special place in many cultures and that’s certainly no coincidence. This is my way of portraying the grandeur feeling of being on a mountain top with thin air, deadly winds and bloody taste in my mouth. That feeling.”

And added the following about the album’s artwork (shown above): “Once again we have been delighted to work with the genius Brazilian designer Marcelo Vasco to achieve a visual expression that projects the quintessence of our new album, “Winter Thrice”. As usual there is no obvious concept we uphold, but rather a piece of design with subtle ideas pointing in various directions. First and foremost the cover holds the general feeling or the flavor that we wanted to express through the music and lyrics. The grandeur depth, the fierce reality and the cosmic mystery of life. As an example the upper part of the cover has a cosmic feel to it and likewise the bottom part has a more earthly vibe. The wood-carved tree somehow represents the link between the two essential scopes in life – inwards and outwards, whilst the fire burns. And for those looking very closely on details you’ll also find some references to our previous work. Apart from that I prefer to leave it for everyone else to find their own meaning in the cover.”

Winter Thrice, just like the previous album Urd from 2012, was once again mixed by Jens Bogren / Fascination Street Studios (Opeth, Kreator, Amon Amarth, etc.) and packaged in artwork by Marcelo Vasco / P2RDesign (Slayer, Machine Head, Soulfly, etc.). This release also is unique to the BORKNAGAR catalog because it features four vocalist parts, including the return of original singer and Ulver-mastermind Kristoffer Rygg, a.k.a. Garm, who guests on two songs. Winter Thrice encompasses everything that BORKNAGAR has put to tape over the past two decades, from their most brutal assaults to their most experimental compositions, with a larger progressive vibe than ever before, making it an absolute highlight in the band’s already stellar career so far…

BORKNAGAR have already been confirmed to appear at next year’s edition of Germany’s Wacken Open Air festival, taking place on August 4th-6th, 2016. More tour dates to promote the release of “Winter Thrice” will be announced in the coming weeks. Additional Winter Thrice details to come… 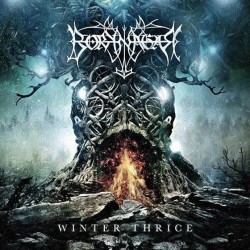 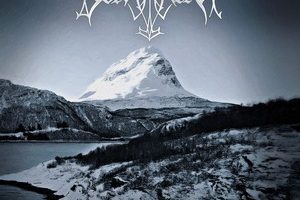