BLOODBATH To Return With “Grand Morbid Funeral” In November 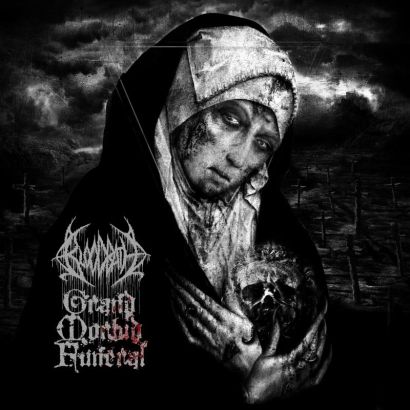 Swedish death metallers BLOODBATH – notable for the inclusion of Katatonia and Opeth members – is set to release its fourth album, Grand Morbid Funeral, on November 18 via Peaceville Records.

Guitarist Blakkheim commented,”We’re proud of all these different styled releases and we loved doing each and every one of them, but the objective was never to settle with a certain style, so our time has come to shift once more. It was already decided right after the last album that the next record would not become a Fathomless part 2, but in certain aspects it would actually to become its antithesis! So prepare yourselves for an ultimate blueprint of destructive, raw, heavy, organic and sludgy death metal! The time has come to stomp those HM-2 pedals once more and close the circle of the death metal archives with our Grand Morbid Funeral!”

The first album since the departure of Opeth vocalist Mikael Åkerfeldt, this new BLOODBATH album will feature an as-yet-unnamed new frontman. All will be revealed on Tuesday, September 16th.

Recorded once again at Ghost Ward Studios and the City of Glass Studios in Stockholm, and mixed by David Castillo, Grand Morbid Funeral is undoubtedly the band’s darkest and dirtiest opus yet; an organic collection of filth-ridden tracks straight from the grave, boldly eschewing the approach of somewhat over-produced modern death metal in favor of something altogether more rotten to the bone.

With eerie, doom-like melodies mixed with raw and savage riffing, and featuring a number of guest appearances including Chris Reifert and Eric Cutler from US gore-master, Autopsy, Grand Morbid Funeral is a new high-point of brutality for Bloodbath.