BLIND GUARDIAN The Latest To Get Their Own Wine 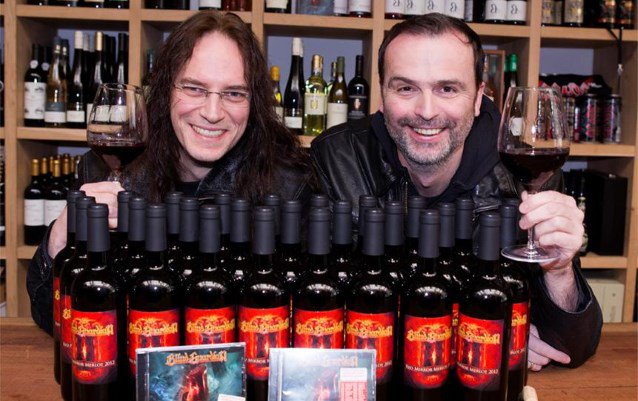 German power metallers BLIND GUARDIAN have released their own brand of wine, the Red Mirror Merlot. Produced in the Spanish growing area Aragon (where wine has been cultivated for more than 2000 years now), the wine has an alcohol content of 14 percent.

Says BLIND GUARDIAN vocalist Hansi Kürsch: “The wine is just as playful and fresh and has the same depth. We are all passionate red-wine drinkers, and the Red Mirror Merlot has a fantastic taste.”

You can order the Red Mirror Merlot at this location.

BLIND GUARDIAN will release its tenth studio album, Beyond The Red Mirror, in North America on February 3 via Nuclear Blast.