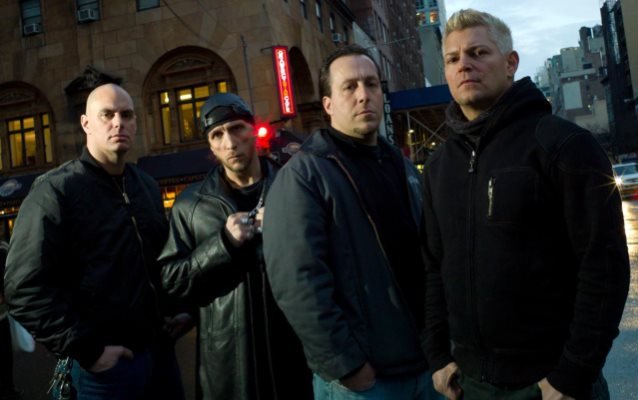 Brooklyn-based hardcore four-piece BIOHAZARD have just announced their re-signing with Nuclear Blast, this time for a worldwide deal.

“We’re so psyched to still be involved with the awesome crew at Nuclear Blast and we’re looking forward to releasing our new music!” states vocalist and guitarist Billy Graziadei.

Following their run of European festival appearances & tour dates this July and August, BIOHAZARD will enter the studio to record the follow-up album to 2012’s Reborn In Defiance. An early 2015 release is expected.

Reborn In Defiance was released in Europe on January 20, 2012 via Nuclear Blast Records.

Not only was Reborn In Defiance BIOHAZARD’s first original lineup album in 18 years, it also marked the last LP recorded by the band before the departure of bassist and co-vocalist Evan Seinfeld. The effort remains a testament to the four founding members (Billy Graziadei, Bobby Hambel, Evan Seinfeld and Danny Schuler) and their unique chemistry.

Seinfeld left the band in June 2011 after the band’s new CD was completed and was replaced by Scott Roberts, who played on the band’s 2005 Means To An End album and has been part of the BIOHAZARD extended family since.