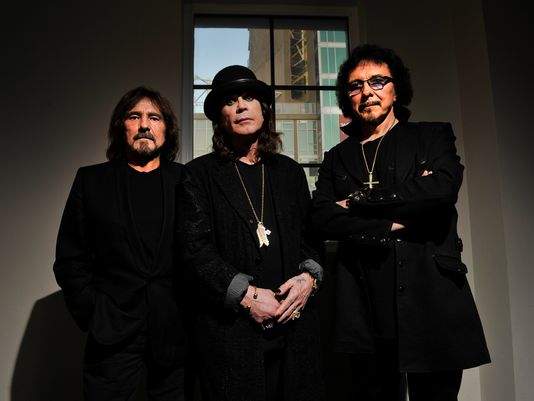 13 is the first album featuring founding members in more than 35 years which 155,000 copies in the U.S. in its first week of release to land at #1 on the Billboard 200 album chart this week — giving the group its first chart-topper ever in America. The latest effort from rockers BLACK SABBATH, is such a success for the reunited band that vocalist Ozzy Osbourne wants to make another one with hopes that original drummer Bill Ward can join the group in the studio this time. RAGE AGAINST THE MACHINE drummer Brad Wilk played drums on 13 after Ward sat out the sessions. While money was believed to be an issue, Ward was reportedly also upset that the group wanted another drummer around anyway to back him up if he was physically unable to get the job done.

NME asked the renowned vocalist about the chances of Ward returning, Ozzy responded: “It’s a strong possibility. We would have loved to have Bill on this album. Maybe we can work things out by the next one. But it won’t take another 35 years. I’m 65 now. There’s no fucking recording studios in the afterlife. We’re all even closer for all this shit so there’s one positive, one fucking silver lining.”

Ozzy told The Pulse Of Radio that Ward being out of shape was the main reason he’s not on the record. “Bill Ward has got the most physically demanding job of the lot of us, ’cause he’s the timekeeper. I don’t think personally he had the chops to pull it off, you know. The saddest thing is that he needed to own up to that, and we could have worked around it, whether we had a drummer on the side with him or something. But I suppose it was something to do with finances as well.”

BLACK SABBATH’s future also depends on guitarist Tony Iommi’s health. Iommi was diagnosed with a form of cancer in early 2012 and continues to undergo treatment for it. Ozzy told NME, “At the moment, we’re doing so many weeks on the road, then he has to go back for more treatment. He’s had chemo and radiotherapy, and now he’s on a thing to boost his immune system. I really hope it’s gone for good. I’m sure it has. But you never know with that stuff.”