Behold! The Monolith: What I’m Listening To 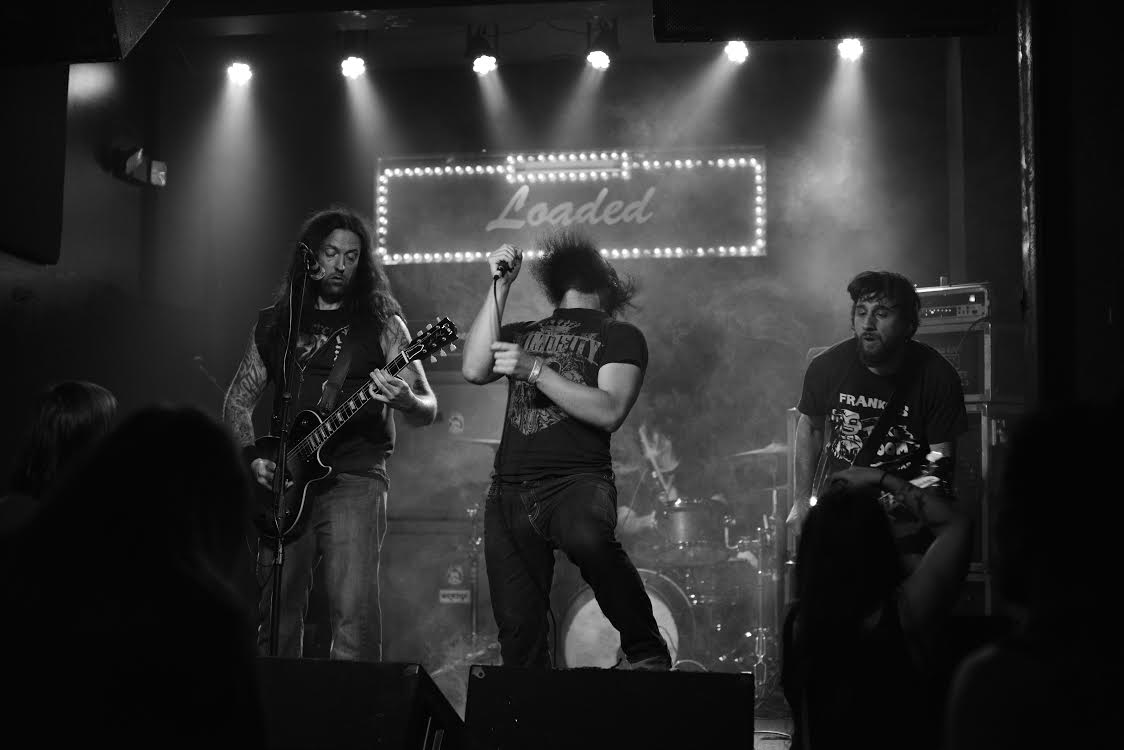 Matt Price (guitarist):
LEVIATHAN – Scar Sighted: Having gotten the opportunity to work with Billy Anderson a few times, I kinda took a little time to immerse myself in some of his work that doesn’t get name checked constantly. I was really happy about the way our last album, Defender, Redeemist sounded, but going into Architects of the Void I wanted to go darker and have more raw sounds…I felt like this treatment was what this album needed, and Billy excels at this kinda stuff. Some of the standouts were revisiting Endtyme by Cathedral and Ludicra’s Another Great Love Song, but the biggest impact was the newly released LEVIATHAN album Scar Sighted. First off, I really dug the cd “box” packaging and the artwork inside, but the music grabbed me and had me hooked. It’s obviously got that one man Black Metal thing going on, but there’s a clarity to where you can hear all the layers and details going by. I can hear what seems to be more Death Metal influence than I was expecting, and the textured ebow sections sounded like a Fripp/Eno collaboration from hell. Good stuff. To me the entire album listens like a complete work in different movements, really sprawling and epic…and really dirty but always musical. And listening to it with a guided tour from Billy on the way out to the desert (through a lightning storm no less) to record our album was an added bonus. Highly recommended.

Black Sabbath – Born Again: And on the subject of raw productions there is Black Sabbath’s Born Again. This has been one of my favorites for years, but I found myself listening to it quite a bit leading up to recording Architects of the Void. It’s probably a safe bet that the rough/raw production was unintentional, but I hope they NEVER, EVER try to fix it. It’s a beautiful mess. Ian Gillan is (obviously) amazing but for me it’s about the atmosphere and THOSE RIFFS!!! My favorite track and riffage from the album is “Zero the Hero”. But I’ve really always like those “interlude” parts from Black Sabbath like “Stonehenge”, “The Dark” and “E5150” (from Mob Rules). Some people call that filler but I love that shit. It’s all about vibe for me…and those type of pieces were the original inspiration for the track “Dark Days Of…” from our new album (although the end result sounds nothing like any of them). A lot of people hate this record but I think it’s a gem…definitely in my top 5 Black Sabbath albums.

Jordan Nalley (vocals)
Around the time we were writing and recording the album I was listening to a lot of Enslaved, Yob, and Celtic Frost. Black metal was just something I never got into, well… until I discovered Enslaved that is. On the height of my prog kick everything just started sounding too spastic and happy so I sought out something more cohesive and dark and came across Enslaved. My favorite album being RIITIIR. At times it’s beautifully epic and at other times it’s just grim and ancient sounding, but consistently entrancing. Doom is something I never really dove into until joining Behold! I basically went through an initiation process in which Matt sent me a band or two to check out every couple of days. One of my favorite discoveries during this epic journey was Yob, with my favorite release being Clearing the Path to Ascend. I just felt like all their other album were a journey to the top of a mountain, with lots of drugs, and on this album they finally reached the highest point. I’ve been a fan of Tryptikon for a good while but never took the time to really dive into all the Celtic Frost material. As a way to pay homage to the previous frontman, Kevin, and carry on his legacy on the album, I listened to some of his favorite vocalists to get a feel for where the vocals might have gone if he was still a part of the band. During this process I heard so much influence from Tom G Warrior and couldn’t stop listening to Monotheist throughout the writing process.

Behold! The Monolith’s latest release, Architects of the Void, will be independently released on September 29, 2015. The album can be pre-ordered through the Bandcamp widget below. 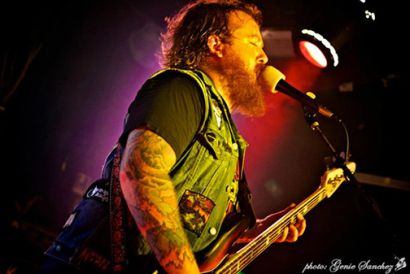