BEHEMOTH To Release “Blow Your Trumpets, Gabriel” Single And Video 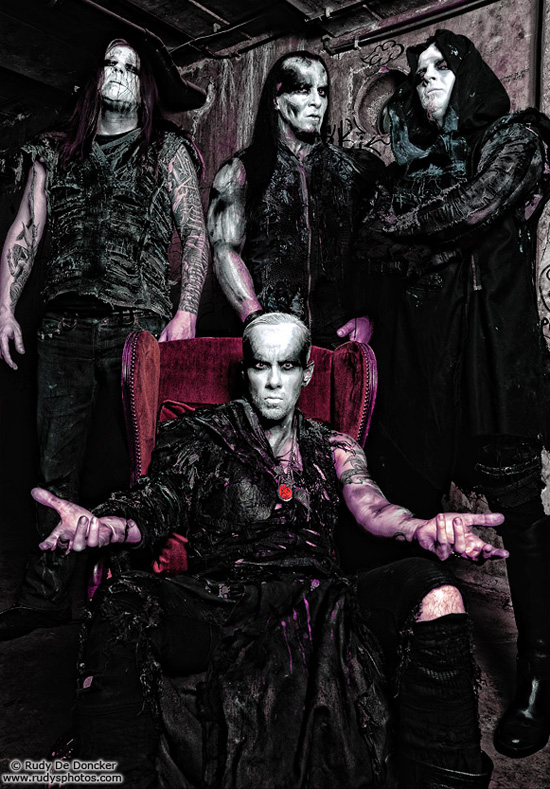 Polish extreme metal titans BEHEMOTH have posted the trailer for their forthcoming “Blow Your Trumpets Gabriel” video. The song will be released as a digital single and limited-edition 12-inch EP on December 4 via Behemoth/New Aeon Musick in Europe. The gatefold EP will be limited to 2,000 copies (1,000 on white and 1,000 on black 180-gram vinyl), all of which will be hand numbered and signed by the BEHEMOTH bandmembers. In addition to the title track, the single will include two more compositions that will not appear on BEHEMOTH’s tenth full-length album, The Satanist: “If I Were Cain” and a cover of “Ludzie Wschodu” from the influential 1980s Polish punk rock band SIEKIERA.

The music video for “Blow Your Trumpets Gabriel”, which was described by BEHEMOTH frontman Adam “Nergal” Darski as “killer” and “a monster,” was directed by Polish producers Grupa 13, with whom BEHEMOTH previously collaborated on the clips for “At The Left Hand Ov God” and “Ov Fire And The Void”.

Fan-filmed video footage of BEHEMOTH performing “Blow Your Trumpets Gabriel” during their October 19 appearance at this year’s edition of the Loud Park festival at Saitama Super Arena in Tokyo, Japan can be seen below.

The Satanist is due in early 2014 via Nuclear Blast in Europe and Metal Blade in North America. The CD was recorded at Hertz studio in Bialystok, Poland with the help of the Wieslawscy brothers and Daniel Bergstrand (MESHUGGAH, IN FLAMES, SOILWORK, STRAPPING YOUNG LAD). Other songtitles set to appear on the effort include “Messe Noir” (French for “The Black Mass”) and “Ora Pro Nobis, Lucifer” (Latin for “Pray For Us, Lucifer”). The effort was mixed by Matt Hyde (SLAYER, HATEBREED, CHILDREN OF BODOM) and was mastered by Ted Jensen (METALLICA, AC/DC) at Sterling Sound in New York City.

The Satanist cover artwork was painted with Nergal’s own blood. He provided a container of his plasma to Russian symbolist painter Denis Forkas in Moscow. Forkas then blended the blood into the painting so that it would have a more “organic” feel. Additional artwork was handled by Metastazis and Zbigniew Bielak.