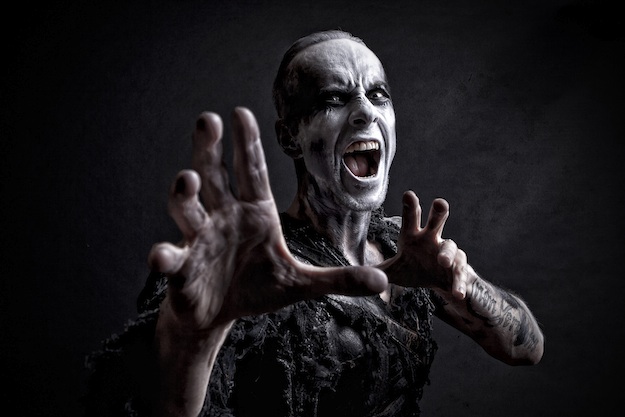 Polish extreme metal band BEHEMOTH have released the fourth and final in a series of trailer videos on the making of The Satanist, their long-awaited forthcoming album. The Satanist will be released on February 3 in the United Kingdom, February 4 in North America and Poland, February 5 in Japan, and February 7 in the rest of the world.

The Satanist was produced by BEHEMOTH, Wojtek and Slawek Wieslawscy and Daniel Bergstrand at Hertz Studio. The CD was mixed by Matt Hyde (SLAYER) and mastered by Ted Jensen (METALLICA, AC/DC) at Sterling Sound in New York City. The cover art for The Satanist was painted by renowned Russian painter and occultist Denis Forkas. The paint used included some of Nergal’s own blood. Additional art and design was completed by Metastazis (PARADISE LOST) and Zbigniew Bielak (WATAIN, GHOST).