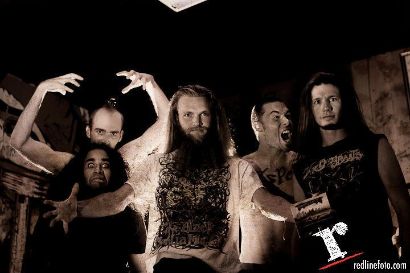 Guitarist Hiran Deraniyagala says, “We’re excited to announce our first headline run in quite a while. It’s short but sweet, and this gives us time to write the new record this summer. We are stoked to have our Canadian brothers, Crimson Shadows joining us. We did a short run with those guys earlier this year and they’re a great live band and have an awesome record coming out next fall.”

After two busy summers on the 2012 Trespass America tour with Five Finger Death Punch, Killswitch Engage and Trivium, the 2013 Rockstar Energy Drink Mayhem Festival and Metallica’s Orion Festival, the band looks forward to some time off before their South American dates with Killswitch Engage. They will use the time to write the follow up to War Of Will on Metal Blade Records, which debuted at #134 on the Billboard Top 200 chart, #118 on the top current albums chart, and #2 on the Heatseeker chart. It also debuted in Canada’s Soundscan charts at #178 Top 200 Current and #25 Hard Music Charts while also landing on the iTunes charts for release date at #103 Top 200, #10 on Rock, and #2 on Metal.

BATTLECROSS are currently on tour with their energetic live show in Europe with a series of festival appearances including Download Festival and the Graspop Metal Meeting, plus club shows with Huntress and Lacuna Coil. BATTLECROSS will wrap up their headline tour with an appearance at Michigan’s Dirt Fest, followed by additional tour dates supporting Killswitch Engage. The entire confirmed listing of dates can be seen below.

Guitarist Tony Asta says, “The past year has been very inspiring for the band and our attitude towards the writing process this time around is more confident and driven. I expect our next album to kick you in the ass harder than the last. Album #3 will be a serious contender in 2015 and a defining BATTLECROSS record.”