Of the post-metal variety, Poland’s Fleshworld possess the timely and proper combination of a band willing to blend aesthetics with crushing, occasionally obliterating sonics on their Like We’re All Equal Again album. Released earlier this year via the band’s own Unquiet Records label, the album is the product of a handful of like-minded musicians willing to explore the difficult topic of war and its effect on those around them. “War is a universal concept which we used to talk about certain aspects of human nature,” says guitar/synth player Mateusz. “I’ve been always fascinated by how people adapt to extreme conditions, how their moral spine bends in extreme situation. The album is more about that than facts and figures.”

Citing the familiar and much respected Cult of Luna and Isis as their primary influences, Fleshworld doesn’t stop there, adding heaving doses of atmosphere amidst the aforementioned foundational elements. The result is an album with legitimate depth, and intrigue. “I think that those two were listed more as an example of similar sounding bands, however they have had a huge impact on us. What appeals to me is the amount of emotions and “heart” that was put into that music. It might sound gay but music is all about emotions, isn’t it?”

The band already has some new tunes in tow, and a purposed pair of splits, which should keep them busy for the remainder of 2014. 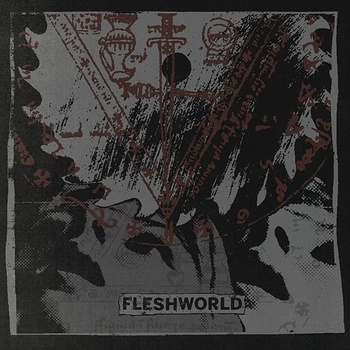