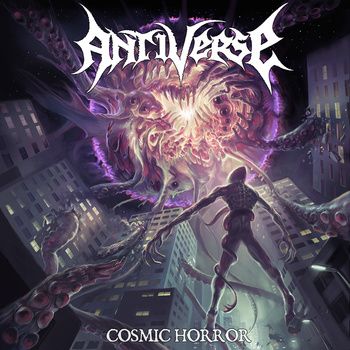 Minneapolis-based extreme metallers ANTIVERSE will release their debut album, Cosmic Horror, on April 8th through all major digital services and their own Bandcamp page.

Says the band: “We wanted to do something that was firmly-footed in metal, representing influences from both modern black/death/thrash as well as more trad stuff.”