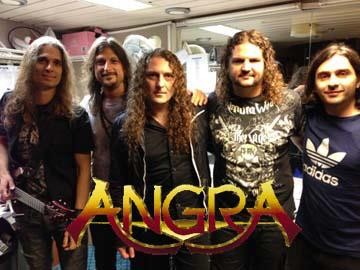 Brazilian power metal heroes ANGRA have posted a performance clip of “Stand Away,” featuring former NIGHTWISH singer Tarja Turunen from their Angel’s Cry: 20th Anniversary Tour DVD. The clip can be viewed below.

Angels Cry 20th Anniversary Tourwill be released as a separate DVD and a double CD, containing over 20 tracks in total and extra behind-the-scenes footage captured during the latest tour.

ANGRA’s setlist was as follows:

ANGRA is currently utilizing RHAPSODY OF FIRE vocalist Fabio Lione after the departure of Edu Falaschi in 2012.