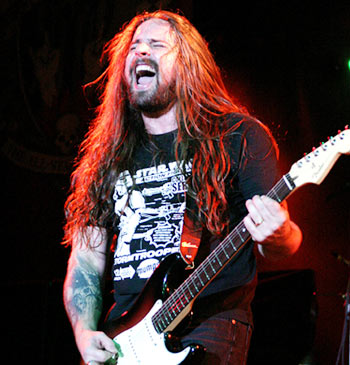 The blog DP no estúdio com o SEPULTURA (“DP in the studio with Sepultura”) is providing SEPULTURA fans around the world with the opportunity to interview guitarist Andreas Kisser. The musician, directly from the studios in Venice, CA, will respond to ten questions presented by fans about the band’s new album and the recording process.

Leave your question in the comment section of this blog post. Also give your first and last name, age, and city/country where you live. Ten questions will be selected and passed on to Andreas Kisser. Your questions should be submitted by 2 PM (Brasília time) on Sunday, June 30th.