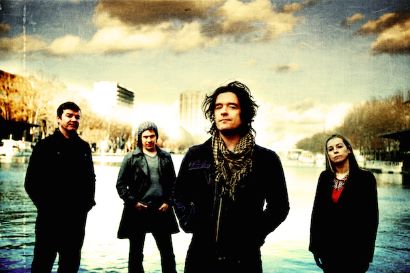 British progressive rock champs ANATHEMA have revealed the track listing for Distant Satellites, which is due on June 10 via KScope. The follow-up to 2012′s Weather Systems was recorded at Cederberg Studios in Oslo, Norway with producer Christer-André Cederberg. The album’s beautifully ethereal artwork was created by Korean new media artist Sang Jun Yoo and based around his Distant Light Installation.