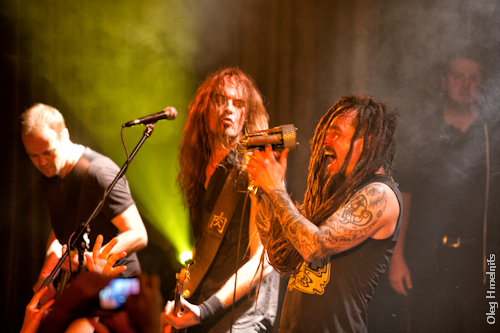 AMORPHIS have announced that they will tour Australia for the first time ever on the “Circle World Tour” in October. Confirmed dates are listed below. The Finnish group dominated the charts, entering their most recent effort, Circle, with a sensational #1 position in Finland.

“Circle” was released on April 19 via Nuclear Blast Records. Production and mixing for the follow-up to 2011’s “The Beginning Of Times” were manned by HYPOCRISY and PAIN mastermind Peter Tägtgren. The recordings took place at Petrax Studio (NIGHTWISH, CHILDREN OF BODOM, KORPIKLAANI) in Hollola and 5K Studios in Helsinki. The cover artwork was created by Tom Bates (BLEED FROM WITHIN, DEVIL SOLD HIS SOUL).