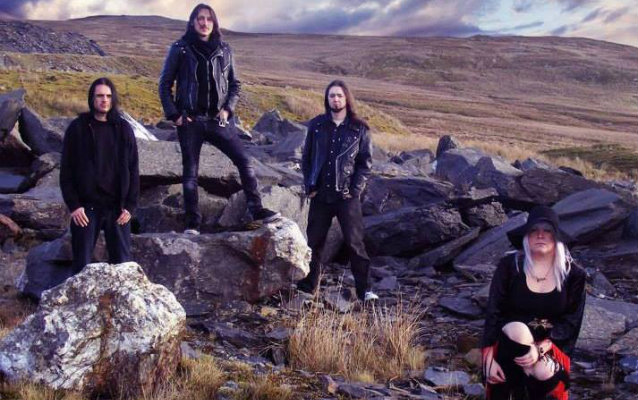 Napalm Records/Spinning Gobin has announced the signing of Birmingham, U.K.-based doom/psychedelia band ALUNAH to a worldwide deal. The group’s new album will arrive in 2014.

ALUNAH is not part of any scene; instead, they carve their own path merging elements of doom, psych and classic heavy rock with earthy hypnotic vocal melodies.

Vocalist/guitarist Soph Day states: “ALUNAH are incredibly happy to have signed a worldwide album deal with the world renowned label Napalm Records. We already have a strong working relationship from when they released a vinyl version of our second album, White Hoarhound, and we are proud to have been asked to join the Napalm family on a more long-term basis.

“We have a hard-working ethic, are constantly evolving and appreciate everything given to us.

“We are joining a roster which boasts some of the best bands in the industry, and we’re confident that this new phase in our relationship is a mutually beneficial one.”