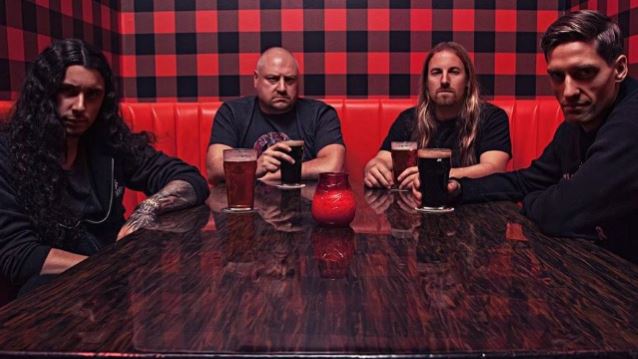 The first single, “Yet Yee See Them Not”, can be streamed in the YouTube clip below.

Fresh off the last NEURAXIS tour in 2012, Rob had approached Mike to see if he would be interested in working on some ideas that he had for several new songs. The chemistry was immediate and plans were laid out for lyrical content and general structure and arrangement of the riffs. A year was spent working through the songs and when the time was paramount to propel the project forward, Tommy and Oli were sought out due to their one in the same abilities and prowess. Thus AKURION came to fruition.

Mike DiSalvo comments on the project: “We have been hard at work writing the album and we are excited to release the first wave of AKURION video spots. We all feel that this project has something strong to say.”