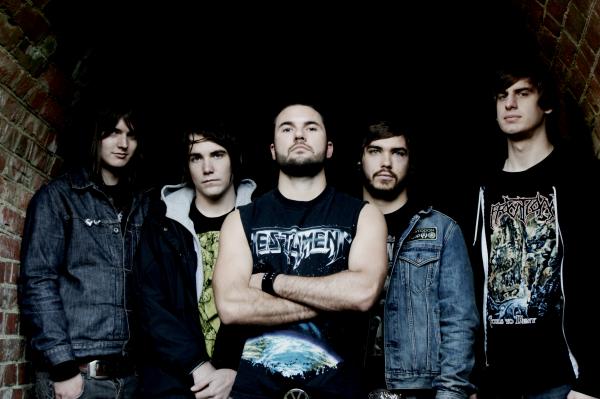 Produced by Chris Fielding (NAPALM DEATH, ELECTRIC WIZARD) and mixed by Hertz Studios (BEHEMOTH, DECAPITATED), Penthos is a devastating blend of MORBID ANGEL-death metal, AKERCOCKE-style blackened heaviness and NEUROSIS-inspired soundscapes. The result is a jaw-dropping effort that takes the unique template of the band’s debut record, Temples Of Transcendent Evolution, to the next level, fully cementing AGELESS OBLIVION’s signature sound.

Having already shared stages with extreme metal behemoths such as DECAPITATED, AEON, CEREBRAL BORE, FLESHGOD APOCALYPSE, DYSCARNATE, CONAN, BLOOD RED THRONE and LATITUDES, the band has an affinity for the stage, constantly expanding on their live performance with an objective to merge the atmospheric with the primal belligerence of traditional death metal. An endeavour that promises to bring something fresh to what is to this day still considered a formidable genre of music.