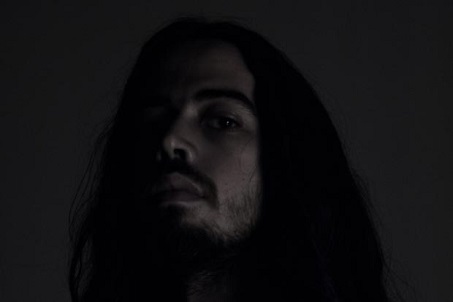 Always digging for an angle…that’s what a lot of us quirky metal journalists like to do. Most bands at least have one or two worth  things worth discussing, while there are those that are totally angle-less, and are usually as interesting as watching grass grow. The bands that do have something fascinating to speak to are the ones that know how to manage the influx of questions regarding said topic, and in doing so, make themselves more appealing than they really are. In the case of Turkey’s one-man black metal band Yayla, the fact main dude Togrul does the entire she-bang himself is cause for discussion…and interrogation.

Yayla’s debut album Nihaihayat is a grim and murky take on primitive black metal. One could make parallels to similar one-man BM bands such as Xasthur and Leviathan throughout the album, yet, Togrul manages to put his own spin on the proceedings, culling from a riff depot that ties in melodies and brash chord arrangements. Furthermore (and this where the discussion really begins), Togrul designed the album’s artwork, produced the whole darn thing, and even went as far as to handmake each CD…from scratch. Talk about cutting out the middle-man. Thankfully, there was no intermediary for our chat with the elusive Togrul, so we shuttled over some questions, and here’s how he responded…

Dead Rhetoric: To start, the big to-do with Yayla is how the band is primarily DIY in practically every facet. Does this lend to the notion that you’re a control freak? (Not like that’s a bad thing…)

Togrul: It is funny how things I do out of convenience become huge inspirations for people to build an image of this band. I think I might be considered someone who likes to start and finish things rather quickly. I really enjoy making art, so I constantly make it and make new stuff. Usually, the more people involved delays the process, therefore I choose to work as singular as possible. This is true not only in music but in my films, too. So all this “DIY” thing is actually me trying to compose at my own pace. Whether I am a control freak is a moot point, in certain ways I am careless, in others I am obsessive but I certainly would not have others’ unsolicited say in my work.

Dead Rhetoric: Because you’ve been doing this on your own, I wonder if you’ve been met with any resistance from labels you’ve approached. Was anyone resistant to Yayla when you were starting out?

Togrul: Yes, I sent out demos to all sorts of A-listed metal labels back in 2009, the only one that ever responded told me to give up searching for labels with such music, and sarcastic it may be, advised me to go ahead and release it myself. I told this to a friend and he suggested to go ahead and actually do it, which I did. Other than that, since I do not have many friends who fancy this sort of music, I did not get any resistance or feedback for that matter.

Dead Rhetoric: Yayla can be translated to “alpine meadow” or “mountain plateau.” What made you go with the name?

Togrul: I have the feeling that some names represent objects, some represent ideas, yet some others represent both. I like the latter because I see in between the illusion of formality and the delusion of meaning, there lays a portal to ascendance. A place where one sees existence in a different way and the singularity of the mind finds form. Yayla is certainly one of those words. It is true that it translates to what you call it, but at the same time all Turkish people would know that it also has different meanings to each his own, for some  spurious whereas for others deeper and more philosophical. For me and Merdumgiriz (the co-founder of Yayla) Yayla used to have a very distinct and spiritual meaning. It is connected to a certain place in the highlands in southern Turkey where we used to make all sorts of art.

Dead Rhetoric: All things considered, what was the recording experience for Nihaihayat like? Do you prefer to work during certain times of the day?

Togrul: All things considered, Nihaihayat was about getting it over with. I have no preference, any time of the day is a good time for art, so much as it is for a joint. I have made this trilogy in my mind a few years back which is Ruhizolasyon, Sathimasal and Nihaihayat, and how they were supposed to turn out was already in my head. By the time I recorded Nihaihayat I was actually somewhere else, but the process of getting it out of my system helped me get into a certain atmosphere of existential despair which is actually what the trilogy is fuelled with.

Dead Rhetoric: The production is suitably raw and pure…perfect for black metal of your style. What do you think of BM bands that have super-professional production jobs? Would they ever suit you?

Togrul: The metal music I make in Yayla is very distorted, guitar heavy and strong in a lot of the midrange heavy frequencies. However, that is not what I would call raw since I spend a lot of time changing the initial (raw) recording of every instrument to get what I want before I even start mixing, and the manipulation goes on until I finish working on it. The final product might still be relatively raw to those other bands since I see fit where others might see error, hence not clean it as much, and even enhance certain things of that nature. When it comes to those bands, or any piece of art for that matter, I try not to have preconceptions about anything at all. Whenever I find I do, thinking that I will only limit and fool myself, I try to fight it rather than maintaining or wording it. So the answer would be yes, they would suit me.

Dead Rhetoric: In some cases, black metal bands will state their lyrics aren’t of equal importance to the music. I don’t get the feeling with Yayla. What’s your take on this?

Togrul: I am not someone who considers what could be seen as parts of a work of art as separate from the wholeness of a piece. To me, lyrics and music are parts of a whole for whatever the piece is. I do not think that one aspect of a composition, say the lyrics, are more important than the music: that is why they are all there. I have a certain respect I see as a necessity to have, for the sake of experience, which is accepting whatever cosmos put forth (by the artist). By that I mean accepting the piece as composed in its entirety, concentrating on whatever it evokes as a whole, or concentrating on that one thing one bonds to and accepting that the other is a part of something that it has to be. Perhaps even philosophizing and seeing reflections in the work to further revelations because of this fact. Isolating and analyzing things do nothing but hurt the experience of art in my opinion. But in any case, I do not think that the artist’s intention or opinion matters at all. And if people desperately need my opinion, then my opinion is that everybody is allowed to experience Yayla in any way they see fit.

Dead Rhetoric: What would you say to those who claim you are simply following in their (Xashtur and Leviathan’s) steps?

Togrul: I think I would not linger around someone who suggest this claim long enough to be saying something to them, but it is true that one other interviewer have asked me a similar question. I told him to clarify this vagueness that is put forth as “steps.” In any case, I do not believe in comparing a piece of art to another. In my opinion it creates a drawback against experience. One can someday understand that it is they who see the likeness or contrast between things. This does not necessarily reflect the nature of what the subject may be. This idea may seem off and unjustified to a lot of people, especially those people infected by and dependent on common sense and public opinion and may need long hours of thinking on their behalf. But, only a handful of people take the time to think enough to accept this as an enriching fact of life, otherwise I think the world would be a much more serene place.

Togrul: I have finished my new film “Drink From The Fountain Of Uncertainty” and its soundtrack album “Fountain Of Uncertainty” by my new project Viranesir. This is my first attempt at producing a full feature narrative film. My film “Fear Through Eternity” which has a soundtrack by Yayla and my video piece “Adana; Grief Of The Certainty That I Will Kill Myself” will both be released on DVD. When it comes to Yayla, a new album is very close to beginning production. It will mark some sort of change for the project, a very small change of many changes to come. A very pastoral, narrative and slow change.