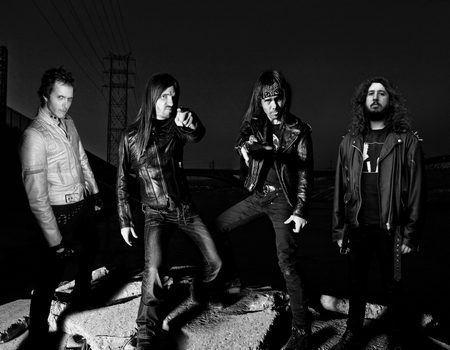 Purveyors of the New Wave of Traditional Heavy Metal since 2007, California’s White Wizzard have been well aware of the uphill climb to establish themselves in a scene where it’s not easy to gain proper support. Blitzkrieg touring and waning label help from Earache at the time led to strife and lineup struggles – which have been well documented if one wants to find all the information and stories through a few Google searches. Revitalizing the band through a five-year break and reconnecting with early guitarist James J. LeRue and vocalist Wyatt Anderson, plus adding newcomer drummer Dylan Marks to the fold, leader/songwriter bassist/guitarist Jon Leon put all the cards on the table for the fourth full-length Infernal Overdrive.

The record embraces the well-known pumping Iron Maiden-ish mechanics as far as the upfront, progressive bass parts and searing, melodic lead breaks that can also raise eyebrows through twin harmonization. But there’s also an additional 70’s progressive rock slant, where the musical interplay in tracks like “Chasing Dragons” or the eleven-minute plus closer “The Illusion’s Tears” digs deeper into Kansas and Rush reflections. Feeling the need to learn more about the latest happenings within the band – and probe deeper thoughts on current music consumption, social media, and what the future may hold, Jon Leon tackled these questions while preparing for some overseas touring in the Far East.

Dead Rhetoric: How would you assess the five-year gap between your last studio album The Devil’s Cut and your current offering Infernal Overdrive? Were you able to re-calibrate where you feel White Wizzard needs to go as far as an entity not just on the music front, but also from a business and band relationships outlook?

Jon Leon: I think on all fronts yes. Some time off gave me time to reflect and assess many aspects of the band and whether I want to continue and if so a better way forward. It also gave me time to dig deeper as a songwriter and I have always felt White Wizzard should expand and grow as a musical force. I am most influenced by bands that try new things and grow like Rush.

Dead Rhetoric: At what point in the songwriting process did you know you wanted to take things with this new album into an expansive direction as far as a few of the epic songs and exploring some of those 70’s progressive nuances? Did you worry about the acceptance from those who have been into White Wizzard from those early days?

Leon: I can never worry about people or fans accepting a certain feel or direction. If you do that as a songwriter you become contrived. I always write what channels the heart and soul and emotion and it becomes what it becomes. I really felt and connected to each of these songs on a deep level during their creative process. It always is 100 percent truth so to speak – that is a big part of what inspires my passion for music.

Dead Rhetoric: Being the fourth full-length for White Wizzard, how do you look at the discography for the band at this point in time? Would it be that much of a stretch to consider Infernal Overdrive in that similar plateau that Rush reached with 2112 or Iron Maiden through Piece of Mind?

Leon: I mean that is up to the people and the fans to decide over time, who knows. I know we all feel very strongly about it that is for sure. Whether the fans and people feel and think that way will be revealed years from now. The difference those bands had was timing and a push on a very high level. We have come at a time when the musical landscape and industry are a shell of their former self, so just how many people get to hear this album and listen on a deep level may pale in comparison. I think if this was the mid 70’s or 80’s we would have a lot more ears on it and a deeper listener in the overall ears of the public. Not as many deep listeners now – it is a time of over saturation of mediocrity and I do not think albums get the depth of focus from listeners they did in the past.

Dead Rhetoric: Social media and its use can be a tricky thing – especially if you are in a band these days where you want to engage in healthy discussions with your fans, but can come off a little too strong or opinionated to possibly offend others. What are your views on this platform?

Leon: Well it is a weird deal in the social media realm. I mean in some ways these days it is the best conduit to a new band being heard just because of the reality of the industry being in shambles, but at the same time, it creates a weird dynamic I am not very comfortable with. It is like lynch mobs and opinions up the ass and just people talking shit. There is some good informative stuff out there, but 90 percent of it all is pure trash and a waste of time. We should all read more and take hikes, (or) write a real letter! We are all becoming zombies.

Dead Rhetoric: How do you feel being a part of the M-Theory Audio roster, especially after your years on Earache? What intrigued you most about working with a local label?

Leon: Well, for one, it actually being a fair deal to the artist and secondly I trusted Marco and liked his vibe. I think he is the right fit.

Dead Rhetoric: How much work do you put into your bass playing these days? And do you feel like you are constantly learning better aspects to your technique, theory, and technicality that makes you a stronger player today than when you first started excelling at the bass?

Leon: Well I play about 90 percent acoustic and electric guitar actually! I think that helps though because I can craft an overall song and create the dynamics of both instruments and it is a great bunch of colors to paint with. Live I love playing bass though. It felt good to go out and play these past few shows and dust off the old Hamer.

Dead Rhetoric: Where do you see the major differences between the studio and the stage? Do you prefer one over the other, or are both equally enticing for their own unique reasons?

Leon: Both (are) equally awesome. The studio is the reflective creative sum where you try to make a piece of lasting art. It is very introspective and deep and so much fun to complete a mixed album. But live is the exchange with people in real time. That is a magical feeling you cannot experience in any other way. Music is the channel to the soul and it is about as deep of a feeling of connecting as you can imagine.

Dead Rhetoric: Considering your love of heavy metal as a teenager, do you believe it’s harder today to reach beyond that 13 to 17-year old when it comes to the genre and develop life-long future followers of the movement than it was in previous generations?

Leon: Yes…attention spans are a shell of what they used to be. Trends can always work for a brief time to keep attention and blow something up, but I would never want to be a part of one. Those never last anyway. The slow ascension and the test of time are the only organic real ways to go for us.

Dead Rhetoric: What types of misconceptions do you believe people have about metal musicians or the genre in general that you would love to set the record straight on?

Leon: Wow – the metal genre is a fucking trip man. That is almost a thesis type of question that could take weeks to fully answer. I will say within the web of the clichés (some that are actually true) I think there are a lot of very intelligent deep thinkers that have a rebellious spirit, and those types are the ones I identify with the most. I do feel I want us to not just be lopped in with the ‘meta’” genre though. I want us to appeal and connect to all sorts of people, not just metalheads.

Dead Rhetoric: Has the touring outlook changed for White Wizzard today – do you believe it’s better to be more selective in picking and choosing shorter tour runs and proper festival exposure versus just taking everything and anything as you may have done in the beginning stages of your career?

Leon: Oh yeah – we do not want to go out for long periods of time. I love my life in California. I have a great cat and a 65 GTO convertible, all my studio stuff and guitars, a motorcycle, and amazing food. It is like – do I want to leave that for months? No, not unless it is a huge opportunity to say open for Judas Priest (probably will never happen) or if the money was huge. But realistically we are happy going out for a week or two or hitting a festival or two. Maybe Tokyo again or Australia for a few shows would be cool. We do not want to get burned out. I think as you progress in this game you learn that it is best to always keep things fresh.

Dead Rhetoric: Do you have a favorite failure that has happened in your career that when you look back, was a proper set up or stepping stone for something that made you stronger or better for it in the long run?

Leon: Yes, I think there have been several that have made me wiser. I think this time around I try to listen more and be much more humble about the entire process. Sometimes if you are driven too hard even if your intentions are good, it can make you a bit mad and unbalanced. Being a driven artist and bandleader are two totally separate things. That is what managers are for, but I have never had a true manager that could take those reigns.

Dead Rhetoric: What’s on the horizon for White Wizzard for the rest of the year? Has work already started on the follow-up album, and do you hope to secure the same musicians for this go around?

Leon: No not at all (have we started) on a new album. It will depend on how this one goes. I feel if we cannot break through on this album then we never will. In a lot of ways this album will define our legacy. We will see how it is received and what it does globally. If White Wizzard was to end after this I would be satisfied with our body of work. That said if it gets bigger and the demand is there I am sure we would keep it going. Fate will decide. 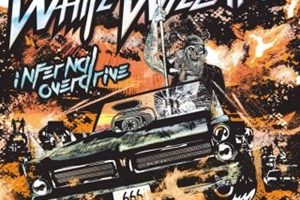 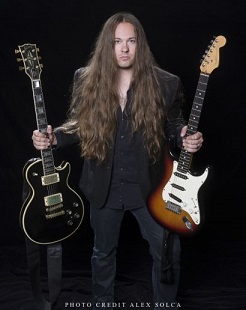 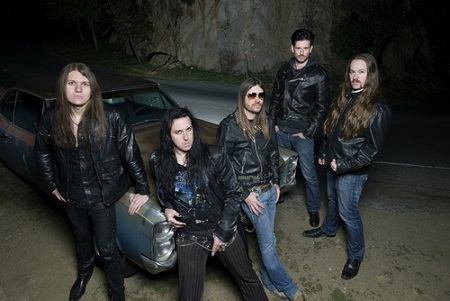