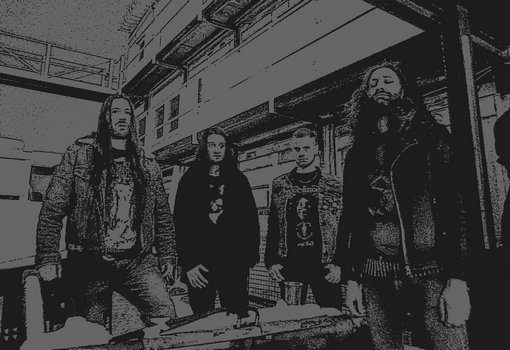 German thrash has been around almost as long as the Bay Area scene. There are the innovators and leaders like Kreator, Destruction, Sodom, and Tankard – and the offspring, that now bleed into a second/third generation of musicians and fans. White Mantis come from the new breed of bands who benefit from the decades of innovation and exploration for the genre – incorporating a sound that pays homage to the past as well as acknowledges the energy of the present, adding in some crossover acts like Killing Joke and D.R.I. into the mix. Their full-length Sacrificing the Future lays waste to your ears, the speed and intensity driving the material into your brain and sure to leave you drained with sweat.

We fired off some questions to guitarist/vocalist Matthias Pletz, and he was happy to bring us up to speed with White Mantis. You’ll learn more about the early formative period, their demo recordings which led up to the debut album, interesting insights into the use of social media from a band versus individual person perspective, and future plans.

Dead Rhetoric: White Mantis began in 2012 – take us back to the formation of the group, what were those early rehearsals like and how did you decide to latch onto the speedy form of thrash that you have now?

Matthias Pletz: We started in early 2012 right off the bat by writing original material however without having a clear vision where the musical journey would take us. The line up was completely different and in August 2012 our lead guitarist Andre joined us. Back in the day Matthias Habermann, a very good friend and former bandmate was our drummer, whose unique Thrash/Rock drumming style gave our riffs a special flavor. Our style at that time already revolved around old school thrash, but it took us at least one year to figure out, what our own interpretation of thrash could sound like. It was the song My Favorite Chainsaw , which even made its way on our debut album, that showed us how White Mantis roughly could sound in the future.

Dead Rhetoric: You recorded three demos/promos between 2014-2018. How were the recording sessions for these outings, and what are your thoughts on each recording? What were the highlights and what do you think you learned the most that you’ve been able to apply for the better?

Pletz: Except the promo from 2018, which simply is part of our debut album production, all our demo drum tracks are rehearsal room recordings. The guitars were recorded at our homes and the vocals in the studio I work in. I work in the audio post-production/sound design field, therefore I am far away from being a professional music producer. The vision for the sound of the demos clearly was to give shit on perfection. I despise over-produced albums and our second demo Ravenous was only an over-dubbed rehearsal room two-track. Back then I thought of only releasing music that way. I didn´t want to make an album, just singles or maybe an EP.

Dead Rhetoric: Sacrifice Your Future is the band’s first full-length effort. How did you decide what songs were going to make the grade as it’s a mixture of some of that demo material re-recorded plus new songs? Where do you see the major differences between this effort and your previous work?

Pletz: The songs on Sacrifice Your Future are the ones that made it in our live set permanently. Except „Demonic Levity“, which is the last song, which was written recently. Up to now we haven´t performed that song live, but I think it would work pretty well. It´s a real neckbreaker! Apart from “My Favourite Chainsaw,” which already has been released on our first demo all the other songs are new material. The major difference between the demo songs and our debut album is the quality of the songwriting and playing. We evolved as musicians quite a bit since 2013 and you can hear that on the album. Although the songs were written over a longer period of time I think it´s still not too diverse and there´s a musical thread running through it.

Dead Rhetoric: What fuels the lyrical content for the band – as well as the standout song titles like “My Favorite Chainsaw” and “There’s No Law on the Post-Apocalyptic Highway”? Do you place as much importance on the words as you do the music?

Pletz: Lyrics are very important to me. I grew up listening to classic metalbands like Iron Maiden, Metallica and Megadeth, which all have great lyrics. These songs speak to you, especially when you´re young. Some of our songs deal with socio-political issues, either depicting reality directly or describing them in a more metaphorical way. Other songs are purely fictional like “My Favorite Chainsaw” and “There’s No Law on the Post-Apocalyptic Highway”. These two songs are the only ones with a Post-Apocalyptic setting. Sure, movies like Mad Max are an inspiration, but also dystopian novels like Brave New World. I like to work with images that convey certain moods, at least to me when I am singing.

Dead Rhetoric: Your influences are obviously a mix of past and present thrash bands, plus some curveball acts like Killing Joke and D.R.I. What qualities do you hope the listeners get out of White Mantis, and how are you able to consistently deliver speedy material and develop memorable, distinct tracks without becoming an aural whitewash so to speak?

Pletz: First of all we make music for our own sake and see it as a kind of medium to bundle and unfold our creativity. Mostly this is not possible at work and therefore a good way to retain the inner equilibrium. Thus it is not our primary goal to go down well with any audience. However, if people are well-pleased with our creations and can identify with it in any way, then it`s of course a nice compliment and gives us an incentive to get even more out of us and continue our chosen path. In times of mere unclear releases, it’s all the more pleasant if there are some maniacs who enjoy White Mantis.

Dead Rhetoric: What are your thoughts on the state of German thrash in general? Is there equal appreciation for the newer bands as there is for the old guard, and what would you like to see change about things (if anything at all)?

Pletz: There is definitely an urge for new bands, who can deliver their own take on old school thrash metal. Bands like Vulture and Indian Nightmare prove that very well. But I do not want to adjudicate on the scene because it is up to everyone themselves to decide which bands he or she likes and which ones they do not. The only thing I would like to see change is the existence of songs about thrash metal itself. There is nothing in this beloved genre of music, that makes me yawn more than that. (laughs)

Pletz: In general, it has to be distinguished whether the social networks are used for commercial purposes or for private issues. White Mantis also uses the digital media for networking and as a platform to carry our art into the world. As long as the digital networks are not a life-task and a substitute for the real world, there is nothing wrong with using them at first. It is a simple tool for spreading news and advertising for concerts or release dates. After all, we have been sprinkled by the advertising industry for decades and we do not complain about it either.

As far as private use is concerned unfortunately many people quickly lose their connection to the real world when they have developed a certain reputation and status quo in the world wide web for the first time, whereupon hiding their true personality. Unfortunately man is extremely weak in overcoming his own ego. After all it is like balm for the soul when one is flattered with praise and recognition. Too fast one is tempted to become addicted to it and to move further and further away from the metamorphosis from the ego to the true self. Therefore the social networks are a curse and a blessing at the same time.

Dead Rhetoric: What concerns do you have about the world that we live in today? What do you think the general public needs to pay more attention to and invest more energy in to make this world better for the current and future generations?

Pletz: We live in very interesting but also very exhausting times for an average citizen when it comes to politics. With the internet and almost unlimited sources of information at hand one can easily lose orientation in this jungle of deception. Societies must pay attention not to become totally polarized by ideologies on both sides of the political spectrum. There are things only the government can handle but if you have the aspiration to make this world better you probably should start in your close environment.

Dead Rhetoric: What would you say are your top three metal/thrash albums of all-time? And what have been some of the most memorable shows/festivals that you’ve witnessed, purely as a fan – and what made these gigs so special?

Pletz: Having to pick only three albums is quite hard but I´ll go for the classics: 1.Megadeth – Peace Sells…But Who´s Buying 2. Iron Maiden – Somewhere In Time 3. Voivod – Killing Technology

Seeing Iron Maiden and Megadeth in 1999 was killer because it was the first time for me. Anthrax a couple of years later in a very small venue was also very neck-breaking with crowd surfing back and forth and Slayer in 2001 in row one. I had stains of the barrier a couple days! (laughs)

Dead Rhetoric: How do you see the next year shaping up for White Mantis to support the new record? Will there be touring, videos, other promotional activities?

Pletz: We are hoping to play as many festivals and other concerts in the near future as possible. The CD version of Sacrifice Your Future will be released on Iron Shield Records, a Berlin based label. Right now we are in contact with another label that is interested in releasing the album on vinyl. We are very confident that this will happen. The plans for making a video are also taking shape, so there´s still a lot to do concerning this release. At the same time we of course are writing songs for the second album. So, watch out for White Mantis! 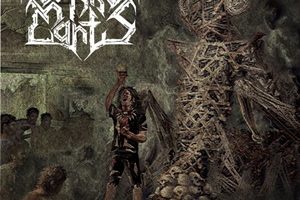