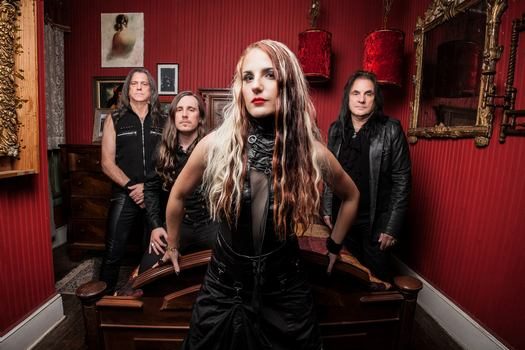 Here we are in the home stretch of 2017. While it doesn’t seem too long ago that we at DR were just putting together top lists for 2016, here we are once more. Onward and upward as they say. It was some of the fantastic videos that we caught throughout the year that inspired the birth of this column, and this past month was no exception. We take a look at Aetherian, Almanac, Cavalera Conspiracy, Cellar Darling, Elvenking, Leaves’ Eyes, Nevicate, Poison Pill, Sentinels, and Worhol (pictured above).

Aetherian
“Dark Earth”
The Untamed Wilderness
Lifeforce Records
Up and coming melodic death act Aetherian recently released their debut effort The Untamed Wilderness. Having a more melancholic take on the genre (and one that feels quite in line with the Scandinavian scene despite their geographic location of Greece), the video for “Dark Earth” easily captures the sound and feel of the band. Plenty of fiery, explosive, and cold environmental images cut their way through the band playing, as well as a man traveling through the wilderness, only to be taken away by it in the end. Much to take in, and the catchy melodeath serves to strengthen the connection of the band’s lyrical content. – Kyle McGinn (Aetherian on Facebook)

Almanac
“Losing My Mind”
Kingslayer
Nuclear Blast
Shot in a castle in the Czech Republic, Almanac simulate much of the historical content for “Losing My Mind” in this video. Opening with a horse drawn carriage, the sword fighting sequences appear to be a running theme that moves back and forth against the band performance aspects. Religious symbolism also makes an appearance, with Jeannette Marchewka kissing a bible to prove her honor and faithfulness to the cause. It’s one of the catchiest songs on Kingslayer, the trio of vocalists combining for a three-part vocal harmony in the chorus that is sure to stay in your headspace for weeks. Sure to appease those who find themselves straddling the symphonic/power metal scenes, but want something with a bit more guitar punch than most. – Matt Coe (Almanac official website)

Cavalera Conspiracy
“Spectral War”
Psychosis
Napalm Records
It should be well-known at this point that the latest Cavalera Conspiracy album Psychosis lovingly takes from the older spirit of Sepultura in their heyday. “Spectral War” has a menacing feel to it with some heavy thrashing riffs that are injected with some eerie leads at times. So it makes sense that the visual aspect takes a creepy occult opening, which eventually leads the way into images of war throughout the ages. It takes a more grim tone at the end of the video, where the aftermath of war is seen in a number of images as well. All the images are done in a fuzzy and retro way, enhancing the throwback approach as well as making it feel darker. A suitably bleak vibe for a crushing and heavy track. – Kyle McGinn (Cavalera Conspiracy on Facebook)

Cellar Darling
“Six Days”
This is the Sound
Nuclear Blast
Cellar Darling have already given us some high-quality videos for both “Avalanche” and “Black Moon,” and now they set their sights on “Six Days.” This time going for the animated touch, the video has some beautiful pictures set to the lyrics of the song. With a track that already feels like a story that evolves over it’s runtime, this visual aspect perfectly captures the song in some trippy glory. It truly feels like a storybook tale come to life. It’s dark, it’s psychedelic, and a strong example of how a proper and fitting video can not only enhance a song, but bring it to another level entirely. With the three available videos for This is the Sound, Cellar Darling prove themselves not only to be masterful musicians, but also prove they have a keen eye for how to interpret their music in other ways. – Kyle McGinn (Cellar Darling on Facebook)

Elvenking
“Invoking the Woodland Spirit”
Secrets of the Magick Grimoire
AFM Records
Italian folk/power metal veterans Elvenking serve up a back and forth narrative/performance visual offering for their new single “Invoking the Woodland Spirit”. Musically combining the power riffing and shout-a-long chorus aspects with the folk/cultural hooks through the twin guitar harmonies and electric violin work, the video itself features ancient themes of fire, bards, a woman held prisoner, and a feast featuring scantily clad females feeding their male guests seductively. The slow-motion sequences separate the narrative themes from the natural live action- Elvenking already very visually entertaining through their strong Pagan-imagery and face paint. Plunging the knife into the fire frees the prisoner in the end – as the band prove they stand tall in their genre melding ways. – Matt Coe (Elvenking official website)

Leaves’ Eyes
“Sign of the Dragonhead”
Sign of the Dragonhead
AFM Records
Giving the first look into Leaves’ Eyes upcoming release (their first full-length with vocalist Elina Siirala), the title track is everything you’d want from the band from an audio standpoint. Heavy, symphonic riffing with a folky touch, and a good balance of Siirala and Alexander Krull’s vocals. As a call-to-arms, the video is equally invigorating. Utilizing their connections to the Jomsborg Vikings, cuts of the band playing are interspersed through an epic tale (we’ll leave the details for you to discover) featuring some excellent battle sequences and solid acting. A catchy chorus, equally catchy riffs and an authentic Viking visual to accompany it – more than enough to wet one’s appetite for the album’s release in early January. – Kyle McGinn (Leaves’ Eyes on Facebook)

Nevicate
“Shattered”
N/A
Self-Released
Relative newcomers Nevicate have a self-released EP to their name released last year, and “Shattered” represents a new single effort. Symphonic metal with plenty of power and prog influences is the name of the game – catchy and driving riffs (near melodeath range) fill the landscape with keyboard accompaniment while vocalist Anni Kokkonen soars above (with a few growls helping her on occasion). The visual aspect of the song focuses on a young woman who takes a long look in the mirror (among other things of course) with some beautifully shot images with an white background. A strong message if you read into it and Nevicate prove to be a rising force to keep your eyes and ears on as they continue forward. – Kyle McGinn (Nevicate on Facebook)

Poison Pill
“Wake the Sinner”
Poison Pill
Sliptrick Records
Here is a catchy anthem from the traditional metal band Poison Pill. A new force on the Nordic scene, the melodies and riffs possess that Judas Priest/Accept veneer thrown through a Primal Fear modern punch attack. The conceptual video shows the journey of a woman stuck in a mental institution, feeling the need to escape despite the doctor’s who want to medicate and sedate her through pills and needles. The black and white feel along with quick cuts work in tandem to create a haunting atmosphere that matches the high pitch vocals, especially during the chorus. Given the band’s mysterious nature, the visuals work very well – even up to the end of the track when you don’t really know if the woman jumps off the top of the building. – Matt Coe (Poison Pill on Facebook)

Sentinels
“Soul on Fire”
N/A
Self-Released
A two-man project of vocalist Matt Barlow and keyboardist Jonah Weingarten, “Souls on Fire” is the second song to be debuted from an upcoming 2018 full-length. While it may not be ‘technically’ metal, there’s certainly plenty of interest on this side of the abyss due to the background of these two musicians. Comprised solely of Barlow’s excellent and immediately distinctive vocals and cinematic orchestrations/piano from Weingarten (though with help of some choral arrangements), it still manages to be quite heavy in feel. Visually, it may be a lyric video, but it’s quite well done – big, bright words flash in suitably cinematic fashion with some cgi-images and cuts of both members also included. This is certainly one to put on the radar for next year. – Kyle McGinn (Sentinels on Facebook)

Worhol
“Already Forgotten”
The Awakening
Imminence Records/Wormholedeath
Another symphonic act to close things out this month, Worhol present a song from their full-length The Awakening, which was released earlier this year. A rock-ish feel to the symphonic angle resides with this track, which has a melancholic vibe despite a more upbeat tone overall. An immediate track in its catchiness, the band contrasts this feeling with one of the deepest videos we investigated this month. Tackling the subject of abuse, it’s a well acted and portrayed visual to accompany the music. A very realistically portrayed tale, it’s a harrowing story but one that also will hopefully inspire some courage and strength for those who view it. Another up-and-coming act hungry to take the next step. – Kyle McGinn (Worhol on Facebook) 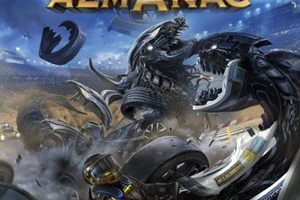