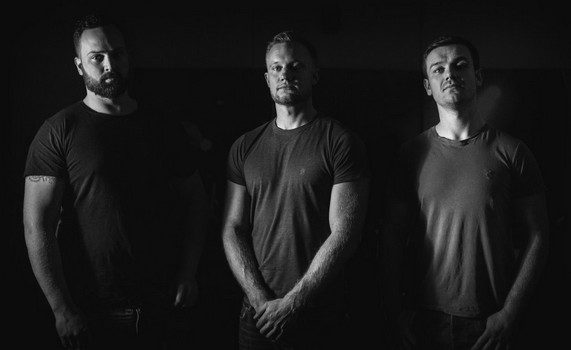 Even in the quieter months of the year, the video streams are still rolling out regularly. It’s a chance to refresh memories on some recent releases (perhaps in regards to a tour) or promote an upcoming release. Both scenarios are at play with our choices this month, which include Benighted, Dyscarnate (pictured above), Harakiri for the Sky, Ignea, Karkaos, Letters from the Colony, Paradise Lost, Primordial, Rebellion, Rumahoy, and Venom Prison.

Benighted
“Leatherface”
Necrobreed
Season of Mist
Always an extreme act for rather extreme videos, Benighted’s latest from last year’s Necrobreed is no exception. The punishing track starts out innocently enough, with Cecylia Suicide alone in a room full of dolls. Things continue to turn towards darker and creepier tones as the song progresses (though in much more subtle ways than some of their previous videos), making their way towards a reveal that many will probably see coming, but it’s still just as strongly executed. The imagery and scenery give it an old school feeling to nicely contrast against the frantic Benighted sound. Perhaps they’ll pull in a few random folk hoping for titillation (who shall be sorely disappointed in the ending) and expose them to some devastating tunes. – Kyle McGinn (Benighted on Facebook)

Dyscarnate
“Nothing Seems Right”
With All Their Might
Unique Leader Records
One of the strongest of the no-frills death metal camp to release an album last year, Dyscarnate have taken their most epic track and crafted a simply gorgeous video for it. Directed by Niklas Sundin (Dark Tranquillity), the animated video has a trippy yet altogether matching vibe to the lumbering song (particularly if you dive into the lyrics). A few moments have feel reminiscent of the game Limbo, and the coloring schemes do an excellent job of drawing you in. Truly one of those instances where a well-made video enhances an already interesting song to take it to the next level. Who says brutal can’t also be artful? – Kyle McGinn (Dyscarnate on Facebook)

Harakari for the Sky
“Heroin Waltz”
Arson
Art of Propaganda
Another band that continues to improve with age, Harakiri for the Sky are set to release their latest opus, Arson, in February. Thoroughly depressive (in a good way) and completely engrossing, “Heroin Waltz” seems to channel frustration as well as it does grief, with gloriously melancholic guitar lines and anguished vocals that can be energetic as well as somber. The video is equally captivating, visualizing the song in a cold, black & white style that’s rather suiting to the material. With no shortage of bleak imagery, it hits all the right notes and is sure to bring a bit of grey into your day. – Kyle McGinn (Harakiri for the Sky on Facebook)

Ignea
Şeytanu Akbar
The Sign of Faith
Self-Released
Ukrainian symphonic metal act Ignea return with a high-quality live video shot at The Best Ukrainian Metal Act 2017. Lots of cuts of the band doing their thing on stage, without any of the flashy and disorienting blur that some live videos tend to go for lately. Instead the viewer is treated to effectively cut together band shots as well as some from in the crowd itself, which gives some further immersion to the live experience of the band (who clearly have a strong stage presence that appears powerful yet fun). With their heavier, modern approach and Middle Eastern influences, this should only aid in promoting the up-and-coming band’s cause and reach. – Kyle McGinn (Ignea on Facebook)

Karkaos
“Tyrants”
Children of the Void
Self-Released
Canada’s rising melodic death metal act Karkaos delivered a whopper of an album last year with Children of the Void. The most recent video to come from said release is that of “Tyrants,” arguably the heaviest track therein. For a brutal track, a brutal video is deserved, and Karkaos does not fail to deliver on this. Quality representations of some metal standbys like fire and violence (some bloody band members within) set in a snowy and cold junkyard are inter-cut into some scenes of the band shredding away at their finest – hard not to bang your head along with the band as they move towards the frantic and punchy ending. Pummeling stuff for those who enjoy melodeath. – Kyle McGinn (Karkaos on Facebook)

Letters from The Colony
“Erasing Contrast”
Vignette
Nuclear Blast
A newer Swedish djent style metal band, Letters from The Colony use a half-conceptual, half-band performance style visual outlook for “Erasing Contrast”, the first single from their upcoming Vignette album. Wild imagery comes to life with gold balls floating about different atmospheric/environmental sequences, the empty hands shaking in space as well as the black-clad woman and naked man probably adding to the contrast element of the song. Still injecting a progressive, hypnotic swirl to the proceedings will conjure up comparisons to Between the Buried and Me, Gojira, and the almighty Meshuggah. Plenty to process for multiple viewings and airings. – Matt Coe (Letters from the Colony on Facebook)

Rebellion
“A Fool’s Tale”
A Tragedy In Steel Part II: Shakespeare’s King Lear
Massacre Records
The opening song of this German band’s latest album, it’s not surprising that they decided to execute many of the play elements to King Lear’s in this specific video. Instead of choosing to keep it purely thematic, the quintet intertwines slow motion performance action out in the cold, as you can see the air wisps against the fire logs they wield about. The folk-ish beginning transforms into a mid-tempo power marching arrangement, with throaty, melodic vocals and a steady supply of guitar/cultural harmonization. A minor fight in the forest and higher environmental shots aid the heavier nature to the song – think Grave Digger for an easiest reference point, if given a bit of a folk-like spirit to the proceedings. – Matt Coe (Rebellion on Facebook)

Paradise Lost
“True Belief”
Icon
Music for Nations
By 1993, Paradise Lost was one of the hottest things in European metal, considered by some to be the “next Metallica.” Such a statement was practically written in the stars on the strength of songs like “True Belief,” which is taken from their Icon album from the same year. The video finds the band in the raucous setting of a club and festival, where goers were taken by PL’s immense and towering strength, not to mention direct, un-godly memorable songs like “True Belief.” As the band’s resurgence continues to gain steam, so does reverence for their back catalog. “True Belief” remains at the forefront. – David E. Gehlke Paradise Lost on Facebook

Primordial
“Stolen Years”
Exile Among the Ruins
Nuclear Blast
The fabled, stout Irishmen return after a four-year break between studio albums with Exile Among the Ruins. “Stolen Years” could be considered somewhat of a left-field choice for Primordial given its relaxed, atmospheric vibe. Then again, the earthy croak of A.A. Nemtheanga and the song’s flood of harmonies provide a new angle for Primordial, a band, who over time, has demonstrated the willingness to trudge to the end of the earth for their sound. There’s no real narrative to the “Stolen Years” video – just a band in its element, victorious on the live front, as usual. – David E. Gehlke Primordial on Facebook

Rumahoy
“Forest Party”
The Triumph of Piracy
Napalm Records
Rumahoy’s first music video is everything you’d expect it to be considering the band name and song itself. A partying song like this gets a literal forest party going (including a goblin man as referenced in the lyrics). A light-hearted and jovial metal sing-a-long ensues, with the band and pals drinking plenty of alcohol (what else would they be doing, right?) is a dead-on representation of what they portray musically. Sure to be right up the alley of both pirate enthusiasts and folk metal fans who need a little pep in their step. – Kyle McGinn (Rumahoy on Facebook)

Venom Prison
“Immanentize Eschaton”
Animus
Prosthetic Records
Drenched in a blood-red hue, Venom Prison no doubt deliver the most horrifying video of this month’s batch. “Immanentize Eschaton” uses a lot of flickering lights as well as grim and gory images to elicit a disorienting approach that is as punishing as the track itself. Flashes between said images and the band give plenty for the viewer to take in, and there is a certain elegance in their approach to madness. With their 2016 debut about to be released (alongside a spring Devastation on the Nation tour), this video is a nice harbinger of things to come for the brutal yet approachable death metal act. – Kyle McGinn (Venom Prison on Facebook) 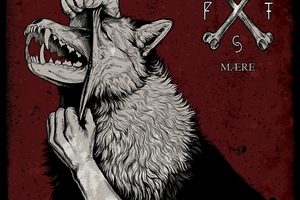 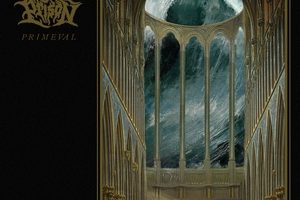