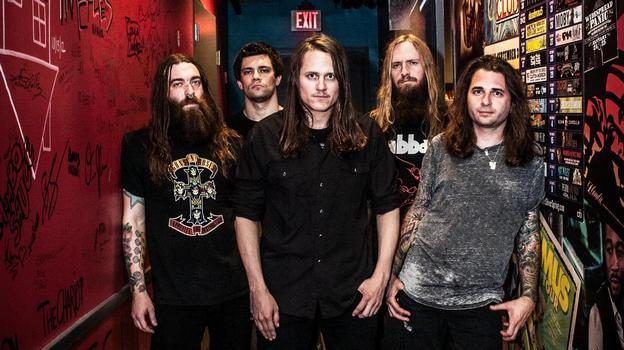 As March begins, the thoughts of spring once again move our way. Time to get out from the couch or computer chair and get outside and catch the slew of spring tours set to begin shortly. But as we enjoy our last bit of couch-time for the near future, here’s some videos you can enjoy on yours. This month we cover Alia Tempora, Armored Dawn, Auri, Darkest Hour (pictured above), Harms Way, Hazen, Kalmah, Kosm, New Zone, Powerized, Thrust, and Walk in Darkness.

Alia Tempora
“Humanity”
Self-Released
Starting off this month is a catchy song with a positive message. Alia Tempora’s first new song since their debut, Digital Cube, follows a boy and his dog through an abandoned factory years after a fight between two younger men. Presumably part of a larger conflict, the two battle up until near the end, when things change and they shake hands and help each other out of the factory. The boy actually enters through the spot the men left, which is an effective full-circle. The song itself has just the right blend of modern metal with a melodic edge that brings to mind Delain and Amaranthe. Hopefully a new album isn’t far behind. – Kyle McGinn (Alia Tempora on Facebook)

Armored Dawn
“Sail Away”
Barbarians in Black
AFM Records
Armored Dawn use all the tools of the trade to deliver a power ballad in the form of “Sail Away”. The song itself has the mid-range, sing-a-long chorus and proper clean to distorted guitars during the verses to build things up for a powerful conclusion. The treatment pretty much sticks to a Romeo and Juliet style young love theme – where one family disapproves of the relationship, only to see things work out in the end. The eagle holding court with vocalist Eduardo Parras adds that nature touch, and most will enjoy the fact that the performance aspect plays a back seat to the narrative visual elements for a change. A Brazilian act that are going to be advancing up the ranks due to catchy material like this in no time. – Matt Coe (Armored Dawn official website)

Auri
“Night 13”
Auri
Nuclear Blast
The dreamy and surreal sound of Auri is best suited in a sea of listener interpretation, so it goes without say that the band’s first music video is one that’s rather open. Focusing on an older man in the woods doing some odd movements and reflection, it transitions between two different locations. At times you can see the man’s soul moving up or down as they transition through what one can imagine as what the band refers to as ‘the rabbit hole,’ and there’s some nice use of color to further illustrate the concept. Interestingly some of the motions sync up with the music, as it gradually builds towards the finale. A clip that will get you thinking about it’s meaning, which is truly the point. – Kyle McGinn (Auri on Facebook)

Darkest Hour
“Enter Oblivion”
Godless Prophets & The Migrant Flora
Southern Lord
For a more traditional video that features a significant amount of the band rocking out in the middle of some desolate mountains, there’s still a bit more too it. The mountainous scenery itself is quite gorgeous to take in, in that gloomy and isolated way. It’s suitably fitting to a song entitled “Enter Oblivion,” and the video also focuses on a white robed figure that is wandering through the landscape (with a cool unveiling at the end of the track). The sense of longing and urgency is conveyed nicely, and it serves as a good reminder to check out last year’s underrated Godless Prophets & The Migrant Flora. – Kyle McGinn (Darkest Hour on Facebook)

Harm’s Way
“Become a Machine”
Posthuman
Metal Blade Records
A tale of technology gone haywire, as a man becomes sick after going on the Internet and is eventually given a computer chip implant with some disastrous consequences. Harm’s Way goes a bit bleak, but the analogy that occurs throughout is one fitting to the times. While some may not like the jarring and quick cuts utilized, it does fit the chaotic vibes that the song brings. Plus, there’s no way to describe the man’s synced-with-the-breakdown glitching at the end other than awesome. As the man get’s stuck in an horrifying infinite loop, there’s undoubtedly a portion of the audience that wishes the monster riff that accompanies it would do exactly the same. – Kyle McGinn (Harm’s Way on Facebook)

Hazen
“This World is Mine”
This House
Self-Released
Proof that you don’t have to have a big budget production to have an effective video, the first taste of Hazen’s upcoming EP seems to be a home run for modern metal/hard rock fans. With a harder crunch on the guitar end, some may grab some Kobra and the Lotus vibes, and Kayla’s vocals have a distinctive power behind them. Much of the video uses some vibrant coloring in the background or over Kayla face, which certainly holds the listener’s interest (though really the uber-catchy feel to the track should be sufficient). It’s a solid introduction to the band, who has only one previous EP under their belt. Let’s see what April brings. – Kyle McGinn (Hazen on Facebook)

Kalmah
“Evil Kin”
Palo
Spinefarm
The first taste of Finnish melodeath veterans Kalmah newest effort serves up exactly what longtime fans want to crave from the band. Driving melodic riffs with plenty of catchy harmonies are on point, lighting the way for a triumphant return for the Swamplords. As a lyric video, there’s quite a bit going on as you progress through the song. Quality 3d graphics from start to finish, which some effective ‘cold’ feelings, give it an equally compelling vibe that can rival that of an actual video, yet you get the words right along with it. Win-win, right? It’s been five years since Seventh Swamphony, hopefully the rest of Palo is this strong. – Kyle McGinn (Kalmah on Facebook)

Kosm
“Ancient Heart”
Self-Released
Progressive metal act Kosm recently released a single for “Ancient Heart,” and the video that accompanies it is just as nuanced as the band’s sound itself. Contrasting vivid scenery (including some gorgeously colored trees) with occasional darker red hues and close ups of vocalist Jessie Grace, who begins to look more grim as the song continues. It’s an interesting parallel to the song itself, which swings between some appetizingly heavy progressive riffs and aggressive growls and more melodic moments (with clean singing behind them). A tough band to place in that regard, but one certainly worth seeking out as they continue to expand their sound. – Kyle McGinn (Kosm on Facebook)

New Zone
“Breathe”
Self-Released
Symphonic metal band New Zone brings another single into the mix for this month’s column with “Breathe.” A last-minute discovery (directed there by one of the other featured videos), this up-and-coming act is another that effectively uses lights/lighting to their advantage. Lots of band shots, but the way the lights and colors are used make it a more engaging display, as do the dark underwater shots. As an introduction to this band, it’s a pleasant change-up with the synth providing more backup to the energetic riffs and Nicole Willerton’s standout vocalwork. Immediately catchy, and the dynamics give them a fresh feel against a number of the symphonic elite – a lot of potential for this one. – Kyle McGinn (New Zone on Facebook)

Powerized
“For the Fallen”
The Mirror’s Eye
Painted Bass Records
Featuring ex-Vicious Rumors vocalist Nick Holleman, the first single from Dutch symphonic progressive metal act Powerized is an extravagant epic song at ten-minutes plus. Spanning the gamut from sweeping, orchestral supplementation and choir background vocals to classical textures against the conventional metal proceedings – the mid-section transfixes from somber acoustic guitars/symphonic keyboards against bombastic double bass and a flurry of shred-oriented electric action. Symbolism abounds on the visual end – shattered glass, a hidden key, a flag unfurled from a trunk, and a dramatic final sequence with Nick singing his heart out above his bandmates, only for them to walk away in slow motion. Risky for sure in this quick fix market – but given the band’s multi-faceted style, “For the Fallen” works as deep insight into the group’s outlook on the genre. – Matt Coe (Powerized on Facebook)

Thrust
“Sorceress”
Harvest of Souls
Pure Steel Records
Opening the video with black and white style movie footage taken from the 1960 movie City of the Dead, “Sorceress” is a traditional metal effort from Thrust – who many may remember from their Fist Held High album on Metal Blade in the early 1980’s. Combining a killer twin guitar harmony foundation, Eric Claro’s sinister multi-octave voice and a rhythm section that recalls classic Iron Maiden with the visuals of fog, a slow moving car, and the witchcraft elements which scare all the people involved, it’s clear that the band feel comfortable in their songwriting. Even the performance footage takes on that older veneer, the quick cuts building the anticipation for the next riff or hook. The old-timers will rally around Thrust again. – Matt Coe (Thrust on Facebook)

Walk in Darkness
“A Way to the Stars”
Welcome to the New World
Self-Released
Hooded figures, old buildings, ballet, multiple locations – “A Way to the Stars” has it all. A very ambitious video (the band is not backed by a label after all), Walk in Darkness can rival the bigger names with a large production that’s tastefully done. There’s even a bit of a story to it as well. Above all, it’s a very fitting video to the band’s aesthetic, with the gothic flavor and hooded figures featured prominently throughout. As one of the more melodic tracks on the album, it also gives the band some wider appeal for some random discoveries through YouTube which could only help to further the cause. There’s a lot of style here, and proof that Walk in Darkness have a vision that’s wider than just music alone. – Kyle McGinn (Walk in Darkness on Facebook) 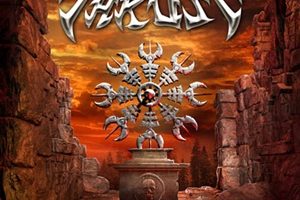