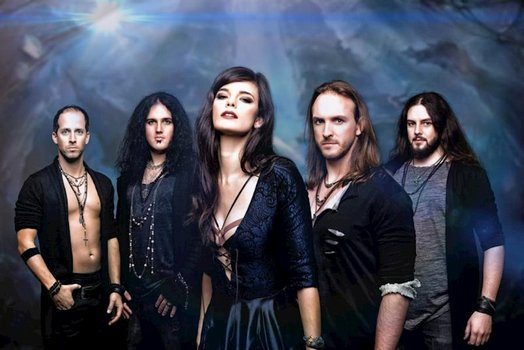 Following Vision of Atlantis’ 2013 release Ethera, there were a number of changes that altered the persona of the band. In the end, only drummer and founder Thomas Caser remained, and Visions was given the opportunity for a restart of sorts. Abandoning the direction of the previous two releases and returning back towards the more symphonic roots of their earlier material, one could say that it’s a fresh start for the band, even if they do have over 15 years of experience under their belt.

With a new beginning comes new excitement, and there’s plenty to be had with their recently released sixth effort The Deep & The Dark. A new vocal duo in Siegfried Samer and Clémentine Delauney provides an excellent dynamic that lays the groundwork for a classic symphonic/power metal romp. But in ‘returning to their roots,’ it doesn’t mean they have to stick around dated waters either. Instead they opt for an approach that’s traditional but is able to stick with modern times. Before heading out on their European tour, vocalist Siegfried Samer was able to field some questions about the new line-up, their current tour, and why the city of Atlantis continues to hold appeal.

Dead Rhetoric: Could you talk about how the line-up changes after Ethera affected Visions of Atlantis?

Siegfried Samer: Well, as basically the entire lineup received an overhaul, save for founding member Thomas Caser, I would say the impact has been quite considerable. Not only do we now have two very different lead voices in Clémentine and myself, who have very different timbres compared to those of our predecessors, but the lineup change also caused a completely new band dynamic, and it took us a bit of time to find the right pace and groove, I think. But in the end, everything worked out really well and, with a bit of delay, we managed to put out a really nice album!

Dead Rhetoric: Do you feel that the current line-up of Visions of Atlantis is a rejuvenated one?

Samer: Absolutely! Since the musical direction of the previous two albums is not being pursued any further on this new record, but it is instead more of a “return to the roots” for Visions of Atlantis, albeit with a modern, contemporary sound, it’s definitely a breath of fresh air in the Visions of Atlantis camp, I think. And since it’s an (almost) all-new lineup, we also have to prove to the long-time (and also hopefully new!) fans of Visions of Atlantis that we’re worthy of the honor.

Dead Rhetoric: Did doing the Old Routes – New Waters EP help get the band in the mindset of what Visions of Atlantis is all about, from a musical standpoint?

Samer: Definitely. We deliberately picked only songs from the first three albums for that EP, in order to both introduce Clémentine and myself as the new vocalists, but also in order to show to the fans that the new lineup would go back to those early days of the bands instead of continuing on the course set with Delta and Ethera, which are fine albums in their own right, but I think were not quite what our band mastermind Thomas Caser envisioned (semi-pun intended) when he founded the band back in the early 2000s. So he wanted to go back to those musical roots, and we’re the ones helping him accomplish just that.

Dead Rhetoric: What challenges did you face in writing The Deep and The Dark?

Samer: Well originally, the plan was for much of the original Visions of Atlantis lineup to come back to the band, namely Werner Fiedler on guitars, Mike Koren on Bass and Chris Kamper on Keyboards. Especially Werner and Chris had been responsible for songwriting in the past, so the plan was for them to once again write the songs for the new album. However, it’s a different time now and when you’re no longer in your early twenties, but have other obligations in your day job and families, it becomes increasingly tougher to focus on something as time-consuming as a band. So it took the guys quite a long time to come up with song ideas, but these also remained just that – ideas.

So after a considerable amount of time, during which we released the Old Routes – New Waters EP, it was decided that we’d need some help writing this album, and so we turned to our producer Frank Pitters of Silverline music, who in the end was responsible for the music, recording and production of the entire album. And well, I think he did an amazing job in capturing that old Visions of Atlantis spirit that we were going for, which I think is also in a large part due to the fact that he has been working with our fellow countrymen of Edenbridge for a very long time, and has also been on tour together with Visions of Atlantis over ten years ago, so he has a pretty good feel of what the band is all about.

Dead Rhetoric: How do you feel that The Deep and The Dark fits in, in terms of Visions of Atlantis’ discography?

Samer: I think it’s the result you’d get if you combined the musical direction of Cast Away with the more experienced songwriting of Trinity and a contemporary production.

Dead Rhetoric: In terms of songwriting, how was it decided who would sing which parts of the music?

Samer: Since the songwriting was mainly done by Frank Pitters, Clemi and I worked closely with him to determine who would sing which parts, but he already had a very clear idea of that from the get-go, so that was a fairly easy process.

Dead Rhetoric: There’s a lot of positivity in the lyrics. Was it intentional to have an optimistic perspective?

Samer: Most of the lyrical themes and ideas come from Clémentine’s side, as this was the first time in any of her musical projects that she really had free reign when it came to lyrics. So we based most of them on her ideas, and worked them out together. But yeah, the lyrics cover a lot of different themes, from interpersonal relationships in “The Deep & The Dark,” to mythical nuances in “Ritual Night” to more serious (and not exclusively positive) themes in “Words of War.”

Dead Rhetoric: What are you most proud of accomplishing with The Deep and The Dark?

Dead Rhetoric: What does Visions of Atlantis represent to you?

Samer: Growing up in Austria, Visions of Atlantis was one of the first “bigger” bands from my home country that I got in touch with, and I still remember seeing them at a festival in Vienna back in 2002 or 2003 or so. To think that some ten years later, I’d be asked to join a band that has been an integral part of the Austrian scene for over fifteen years now for a new album, that’s quite humbling!

Dead Rhetoric: What makes the city of Atlantis an idea that resonates with people?

Samer: I think it’s a big of the escapism that’s connected to most bands from the symphonic/melodic metal genres. At least for me personally, that kind of music always takes me away to far and distant places, sometimes real and sometimes fictional, and just gives me a break from my everyday thoughts and concerns. I think that is what appeals to people, and with a theme like Atlantis and seafaring imagery prevalent throughout the band’s history, Visions of Atlantis probably evokes these reveries even more strongly than other bands do.

Dead Rhetoric: You are about to go out on the road in Europe on the Symphonic Metal Nights tour. What are you looking forward to most about these shows?

Samer: Well first of all it’s great to be spending a lot of time with our friends of Serenity, as I’ve been a fan since the very early days of their band as well, and to meet the people in our other support acts Sleeping Romance, who I’ve only ever played one show with before, as well as Evenmore and Secret Rule. Secondly, it’s of course to present a lot of the new songs to audiences across all Europe, and to see how the new stuff is received live. Can’t wait to see that!

Dead Rhetoric: Does the band have any favored strategies that they use to warm up before a show?

Samer: Hahah, usually Clemi will have a portable music player with her, and will just put on some high-energy tunes to get us pumped up. But other than that, everyone will warm up before the show individually, and get in the mood for the live experience.

Dead Rhetoric: What does the next year look like for Visions of Atlantis?

Samer: After this first tour we will take a bit of a break and only do a select few festival shows this year, however a second leg of touring is in the works for the fall, and hopefully we can share some more details. 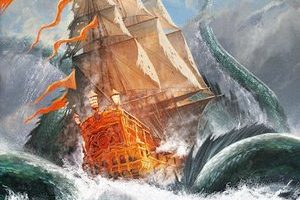 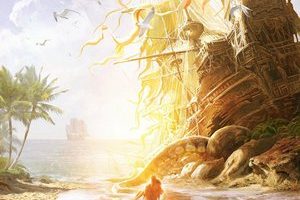 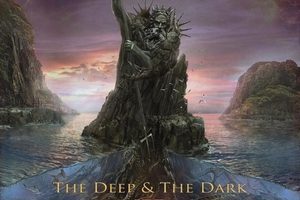 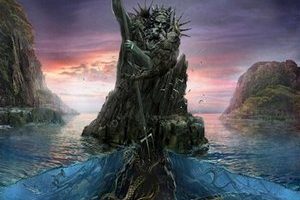