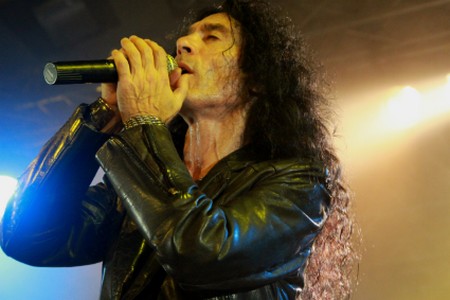 When looking at the history of our genre, not many US bands can say they are still developing a consistent cache of new studio material quite like Virgin Steele. Between bonus material added to their current catalog re-issues, plus brand new studio albums like Nocturnes of Hellfire & Damnation (their 13th since putting out their self-titled debut back in 1982), you would be hard pressed to find a group of musicians honing in on the art of bombastic, romantic power metal quite like these New Yorkers.

Vocalist/keyboardist/ composer David DeFeis takes his love of history and mythology and applies real life experience to his songwriting – and as a result the listener can transport themselves into a multi-level, multi-sensory listening session each and every time, forward or backward. Taking the time to call David I find comfort in where the band is at in their career – continually striving to provide full metal value for the consumers. We were able to cover everything from sword mishaps to how ‘social’ current social media is versus the old school face to face encounters, as well as the band’s future plans with live shows, DVD’s, and more studio efforts. And be sure to seek out Noble Savage and Invictus, two of the best Virgin Steele albums next to this latest platter.

Dead Rhetoric: The original title of this new album was Hymns to Damnation – only to change to Nocturnes of Hellfire & Damnation. Was this a last minute decision, and what were your expectations regarding the songwriting and performances for this Virgin Steele album?

David DeFeis: No, it was not a last minute change. I was thinking for a while that people were going to get confused with the title because we had done a record previously called Hymns to Victory which was kind of a best of. I didn’t want people to think this new record was going to be a best of or anthology of any kind. I changed it to that because… a nocturne is a night piece and these are dark, night piece songs, full of the fires of Hell and Hades and the tortures and cries of the damned, so that made sense to me.

My expectations? I just wanted to make a record that was pretty raw, straight ahead, and not necessarily a big concept album like The House of Atreus and some of the other things that we had done previously. I wanted to do something more streamlined from a lyrical as well as a musical standpoint. As raw and as live sounding as we could make it, with the time that we were given and the tools that we had at our disposal.

Dead Rhetoric: For a change of pace, this is not a concept album per se, but there still is a running theme regarding connections between Gods, elements, spirits, and people at the heart of it all. How do you intertwine the dual levels of real life experience and mythology/fantasy/history in the lyrics of your work?

DeFeis: It is a result of the way that my brain functions with my life. The other realms are just as real to me as whatever else I may be going through at the moment. My brain is always traveling, searching, and seeking. Some of the songs are obviously more of a day to day, human nature/relationship thing, while some of them are on more of the spectral realm, like “Persephone”- I guess you could relate that to the human because it’s about a cycle of plundering, raping, and pillaging. Her mother Demeter was raped by Hades brother Posideon so it’s an ongoing cycle of things- and this happens in real life, girlfriends whose fathers end up sleeping with their sisters, an endless type of theme. The beauty of the Greek gods and goddesses, they were made in the form of humans – Zeus was always out there looking to get laid by somebody in one way or another.

If you live the way I live, you find fodder from everything. My life has been pretty chaotic, so I think about the things that I’ve been through and done, or I’m currently going through, and you do it in a more poetic form, less personal and more universal. Another person can see themselves in there. You’ll get one message from it, your friend will get something else, your sister may read into it differently- that kind of a thing.

Dead Rhetoric: Were you always intrigued with mythology and ancient history even in childhood? How much research do you put into your work as far as fact checking and such?

DeFeis: Yes, I always was. I grew up in a crazy household. My father was putting on live theater, plays by Shakespeare, Greek tragedies- so I always grew up around these rehearsals, productions of his work. My older sister was an opera singer, so we had that there. My other siblings were in rock bands, so I wanted to be a part of it in some way. This world of myth fascinated me at an early age- I read all the Greek myths, the Nordic, and so on- later the Sumerian and getting into that. I do a lot of reading, and yes I do a lot of research- even when I’m not writing songs I dive in deep to see what is out there. I think that’s my nature to be questing and searching for knowledge. To try to fill the well with more stuff, the deeper the well is, the more you have to draw from. That’s been my secret I guess.

Dead Rhetoric: The album also harkens back to the early years of analog recording for Virgin Steele. What do you consider the advantages and disadvantages with analog versus digital recording technology, is it tough to balance things out for the band?

DeFeis: I like them both for different reasons. What’s really nice about today is that analog is a lot more forgiving- it’s like a great big compressor. You can hit it really hard and it doesn’t freak out and get all distorted, or if it does it’s distorted in a more friendly way- unlike digital which craps out. When I am creating vocals I am pretty hard on the microphone. The low end has a tendency to sound better on tape, but you can achieve similar results with the digital- it’s just a question of patience and lots of listening to tweak things. With the digital things you can look at it – you can e-mail tracks back and forth, but that’s not something we get into as we prefer hashing things out face to face in the studio. On this record we used both platforms and it makes the record what it is.

Dead Rhetoric: During Virgin Steele shows, you’ve featured the burning of a sword. Any crazy mishaps occur or worries regarding safety issues? And what have been some of the toughest challenges you’ve had to face in terms of travel or weather-related incidents?

DeFeis: With the sword, I don’t always alert the venue that we are playing in that that’s going to happen (laughs). So sometimes you’ll get some crazy owner of the place running to the stage, but usually it’s over and done by the time they get there. It can be dangerous, but I think it’s more dangerous to me than anyone else because it’s closest to me. I usually have somebody standing by in the wings to put thing out with water, the device that will make it not flame anymore. I have had some mishaps where I’ve burnt myself, not anybody else. There have been times where people are afraid to take care of the sword while I am getting ready to go back to my singing or playing the keyboards – I had that happen at ProgPower in Atlanta, GA. I am running towards the guy to give him the sword and he was running away from me. I threw it along the floor at him, and by the time it got to him down the hall it was a little bit tamer so he could pick it back up.

I once singed the bass player’s hair, but that wasn’t with the sword. We had these flame pod things that I would set off, like a foot switch, and it was right next to my sustain pedal near the keyboards. I would go for the sustain pedal and one time I hit the pod switch instead, and the bass player was near the pod. It was on the 1996 or 1998 tour. We had a cancellation in Greece- they had some snow, and we had to cancel some gigs. For us in New York it would have been no big deal – oh yeah, get the plows out- but for them it was a tragedy.

Dead Rhetoric: I remember reading a cover story on Virgin Steele around the release of Noble Savage from Kerrang! magazine. How did you feel about the development of the band during those burgeoning metal times of the early to mid-1980’s?

DeFeis: We jumped in head first and tried to do whatever we could do. Those early years we had a manager who was somewhat of a blessing but more of a curse. He opened some doors for us but in the end it was a bit of a disaster so we missed out on some of the cool things that were on offer like MTV and what not. We laid in limbo for a little while and had to regroup and move forward later on. We embraced it all, we tried to be as much a part of things as we could promotion-wise during that time period. It was an exciting time, everything seemed endlessly new and I enjoyed it very much from the social standpoint. In those days social was face to face, meet the fans and all the people who were buying your records or promoting your records. Now with Facebook, it has its place but I don’t think it seems quite as it was. You wouldn’t have to let anybody know where you were going to be, you just went to a club and your friends would be there anyway. You would travel in mass to the next venue and check out that scene, back and forth. It was an army of people moving on the highways from rock club to rock club. 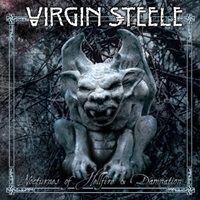 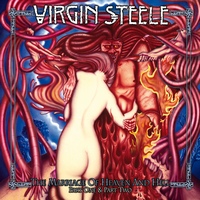 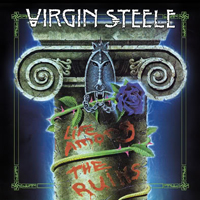