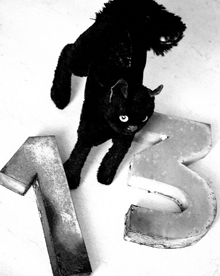 By pure coincidence, Black Sabbath and Suicidal Tendencies have albums coming out this year entitled 13. Numerology experts we are not, so search of a deeper meaning for this pair revealed few clues. Sabbath’s new album is not their 13th overall (it’s actually their 19th); same bodes for Suicidal (13 is their 9th). Our best guess is that a.) the bands were naming their albums after the present year; or b.) “13” sounds much cooler than say, “14.”

Thirteen is widely considered to be the unluckiest of all numbers, with its origins dating back to the Last Supper, where upon 13 people were seated at the table. The number was deemed unlucky, for noted Jesus betrayer Judas Iscariot was present. Even more recognizable is the superstition around the number 13, ranging from Friday the 13th, to major corporate buildings not labeling their floors as such. And let us not forget the Mayan Calendar, where the end of the Mayan’s “Baktun” was feared as the oncoming of the apocalypse, which was supposed to take place last year.

Metal, of course, has no aversion to tempting fate (or superstition) with its album-naming conventions, so here’s five prominent albums that bear the number 13 in their respective titles:

Anvil – This is Thirteen (2009): Its creation was documented in the award-winning film: Anvil – The Story of Anvil, where upon the trials and tribulations of main cogs Lips and Rob Reiner were on display. The album itself is wholly unremarkable, much like all Anvil albums. Cliche-addled, and generic, the album’s lone saving grace is the involvement of legendary producer Chris Tsangarides.

The Crown – Possessed 13 (2003): The supposed swansong for this massively underrated Swedish death crew, Possessed 13 bears the ferocity of Deathrace King, as well as the spikes of melody hear on Eternal Death. Translation: It’s the band’s most balanced album. One of the best death metal lines ever from “Deliverance:” “From the barrel of aggression, it’s time to reload!”

Megadeth – Th1rt3en (2011): Perhaps the strongest of the post-reformation Megadeth albums, 2011’s odd-spelled Th1rt3en saw Mustaine and his yes-men strike the balance between technical thrash and the pristine, lean sounds of Countdown to Extinction. Extra props for the awesome video for “Public Enemy No. 1.”

Overkill – Killbox 13 (2003): Not as thrashed-up as their recent ouput, Killbox 13 was a vast improvement over 2000’s hum-drum Bloodletting. “Devil by the Tail” still ranks as one of the band’s top opening numbers, but the rest of the album has a way of not sticking.  Minus points for the lazy album cover, too.

Six Feet Under – 13 (2005): Released when Six Feet Under were cranking out albums at a factory-like pace, 13 was reportedly written while the band was in the studio, thus eliminating the quality control function so many bands can’t do without. It shows, for 13 is rife with the unimaginative lot of riffs and arrangements that have prompted many a death metal pundit to deride anything that involves Chris Barnes.

What’s your pick of the litter? Chime in with a comment below! 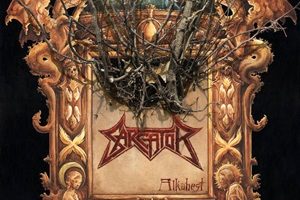