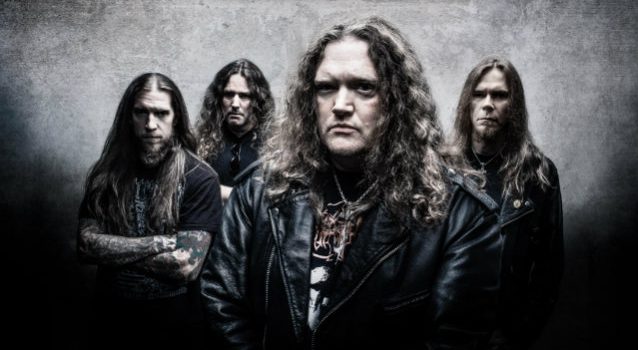 Easily the most consistent of the Stockholm death metal bands, Unleashed aren’t as workmanlike as they are calculating and dependable. Whereas their contemporaries were sometimes more willing to jump off a cliff creatively or combust, Unleashed has soldiered on for nearly 30 years, armed with a discography that has withstood the test of time. Sure, their Where No Life Dwells, Shadows of the Deep and Across the Open Sea trifecta will forever get the most nods, but don’t sleep on the band’s early-aughts output — it’s just as formidable. The tail-end of the year brings us to another new album in the form of The Hunt for White Christ, as well as a new record label partner for the Swedes, Napalm Records. The Austrian label has inherited a band still firing on all proverbial cylinders, marking their territory with taut, memorable song constructions, along with their trademark brutality. It’s the same as it ever was for Unleashed…only better, which is why we had to hit up founding member and vocalist/bassist Johnny Hedlund for a round of questions:

Dead Rhetoric: Have you given much thought to the fact Unleashed will be celebrating 30 years next year? If so, will you do anything special for it?

Johnny Hedlund: Yes, we have. And there will be a few special things happening for sure. There is much in the pipes just now, so I can’t give you any exact details yet I’m afraid. We are very proud we have made it this far. Even though this is not just a band, but more a way of life and therefore it is not something that you just stop after 30 years. It is still not too bad to be able to keep things up this long and still be consistent, I guess.

Dead Rhetoric: What do you think has kept the band going for so long? You’ve been one of the most reliable and consistent Swedish death metal bands, so that has to help.

Hedlund: Indeed, and like stated above. It is a way of life this and that isn’t going away regardless of if I’m in a band or not, so that’s important to recognize. Now, what has kept us going in the details are for sure the fact that we really feel a passion for the music and the lyrics. And also to play live. Death metal is live music and it really wouldn’t work unless you really like it. Another thing that is important is that every band member helps out with any and all things that concern the band. It can’t be a one-man show for this. To be good friends is also extremely important. Otherwise, it becomes a job. And hell knows that’s not so fun.

Dead Rhetoric: To that end, how have you measured the band’s success? Simply by the fact you’ve been able to release quality albums on a regular basis and tour the globe?

Hedlund: Well, pretty much, yes. I mean I’d still tour the world and go to other bands’ shows and such if I didn’t have my own band. But, I am not so fond of the word ‘success,’ although I understand your point. I think life has a lot to offer, just like much of it can be suffering. The band is no different. But it is about having more fun than suffering in the long run. And to always aim to get better. Playing live and see the crowd scream my lyrics is a pretty damn good proof of success if you ask me. And being able to promote the Viking traditions and values all around the world is also something I find very satisfying. A success perhaps. But it is way deeper than that. We have done this for 30 years now and I think that’s an amazing thing in itself really.

Dead Rhetoric: Is there an era of the band that you feel is underappreciated? I always thought the Warrior and Hell’s Unleashed albums were very underrated.

Hedlund: Perhaps that is correct. We do play songs live from those albums still and it seems to go very well with the crowds,  so I guess that’s all good at least.

Dead Rhetoric: You have a new label home in Napalm Records. How did that come about?

Hedlund: We felt it was time for a change. We are still good friends with Nuclear Blast and their staff. It was just time to do something different and on many levels. I won’t bore you with the details but things are going really well with Napalm and we are moving forward. That feels good!

Dead Rhetoric: Does a veteran band like Unleashed have more negotiating leverage these days? As in, you can pick and choose whatever label you’d like?

Hedlund: For sure it is a lot easier after 12 records and almost 30 years in the scene to say hey…we have a new album almost ready! And that is what I have to say about that I guess ha-ha.

Dead Rhetoric: The Hunt for White Christ is as compact and brutal of an Unleashed album in recent memory. What was the songwriting approach going in?

Hedlund: We worked in the same way as previous albums with this one. For sure we aimed at keeping to the roots and keep developing within our style of music. And we aim to always get better at what we do, in all details of the writing, production and recording process. Others will judge if that happened or not but that is how we look at it every time we start. And it takes around two years to get an album done and ready for release.

Dead Rhetoric: The beauty of the new album is that the songs are rather direct – there’s this instantaneous quality to them. Do you think that’s the secret ingredient to Unleashed’s songwriting?

Hedlund: There is something to it like you say here, we try to be pretty direct in a way. And we do not create riff-collections and become a band only for other guitar players so to speak. Songs that are memorable will win over other material in our world. And I think the classic song structure of verse-chorus-verse-chorus type songs are very important to us. It is also what I like listening to myself.

Dead Rhetoric: What type of religious themes and imagery are you dealing with this time out?

Hedlund: The Hunt for White Christ is the fourth consecutive album that deals with the story of the world of Odalheim. It is about the Midgard Warriors and their fight against the main enemy “White Christ.” The last album, Dawn of the Nine ended with the song where the Midgard Warriors led by the son of Thor returns to Falkland shores after a successful quest to take back Svithiod and the Nordic region from White Christ’s rule of terror. Now, as this happens, a few scattered surviving armies of White Christ took the opportunity to attack villages on the south. These villages were naturally inhabited mostly with unarmed women, children and old people. Needless to say, they were slaughtered, dismembered, raped and ultimately burned. When the Midgard Warriors arrive at the village it is all too late. This exact moment is what you see in the cover artwork. The Midgard Warriors realizes that something must be done, and quickly. If White Christ can do this…what will happen next? They raise the runic letter G over the village for Blot to the dead and for victory in the coming war. And as a symbol of the ultimate act of man — to give without expecting something in return. The Midgard Warriors stand ready to give their life for family and kin. And so the hunt begins…the Hunt For White Christ.

Dead Rhetoric: Finally, what are your plans as 2018 winds down?

Hedlund: We will play Athens, Greece, Chile, and Brazil and that is what is booked for 2018 as it looks like right now. And also some promotional work off course.

UNLEASHED Issues Lyric Video For “Where Is Your God Now”