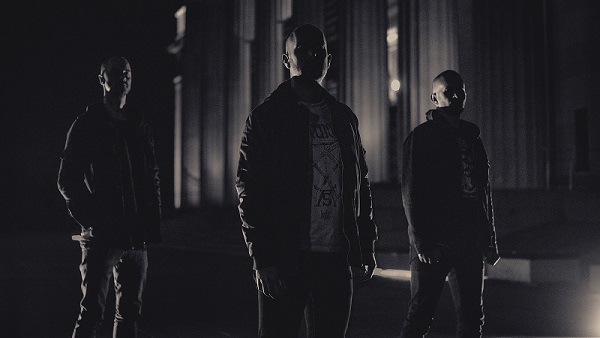 Suffice it to say, we’re all a bit uncomfortable these days. Routines and activities that were frequent and time-honored have been put on hold as a way to slow the coronavirus’s spread. Whether humanity can buckle down and make it happen remains to be seen, but these odd, unconventional times call for pause and the embrace of the abnormal. New Zealand’s Ulcerate has been at the forefront of alien-sounding death metal since their 2002 formation. How their riffs bubble, dart and contort all but places them into their own league in the arms race that is technical and/or progressive death metal. (Note: The band is not keen on being called “technical” and understandably so.)

Their new and sixth studio album, Stare into Death and Be Still, is Ulcerate’s certifiable coming-out moment. At nearly an hour in length, Stare into Death is akin to being shot through the spectral vortex, where uniformity and convention are mere afterthoughts. It is an album where complexity merges with atmosphere, and melody ever-so-gently makes its way to the fray — and stays there. Here to chat up Stare into Death is drummer Jamie Saint Merat, who, like all of us, is currently holed up in his abode, riding this thing out…

Dead Rhetoric: First off, how are you holding up during these ever-uncertain times?

Jamie Saint Merat: We’re fine. New Zealand is handling the situation a lot better than other nations and all of us are working our day jobs from home.

Dead Rhetoric: I’m assuming it has to be difficult releasing a (fantastic) new album and being unable to play shows behind it, correct?

Merat: Definitely frustrating. We had both Australasian and North American tours booked this year and have had to cancel all dates. With the States, especially, I have no idea when we’ll be able to return there.

Dead Rhetoric: What’s your takeaway from all of this? Do you think we’ll learn our lesson and be more prepared if/when something like this happens again?

Merat: I think this situation has highlighted extraordinarily clearly the differences in leadership globally and the way in how different nations consider their fellow citizens. The difference in how New Zealand and Australia have acted in comparison with Italy and the USA is flabbergasting. It’s been interesting witnessing a mere virus crumble economies and health systems in a matter of weeks — it puts into perspective how insignificant we are in the grander scheme of things. I would hope certain countries’ leaders will pay more attention to these kinds of issues going forward, but I’d say that’s wishful thinking at best.

Dead Rhetoric: Turning to Stare Into Death. It is unconventional and almost “alien” sounding, but there’s something inherently memorable within each song. Did you ever find yourselves going too far when composing the new material?

Merat: Yeah, I agree with that characterization. That alien quality to the sense of melody is something that took us a long time to arrive at — and there were definitely moments where we pushed ourselves out of our comfort zone. But I’m acutely aware of where the ‘boundary’ line is in a sense, and the thought of us becoming too conventional or run-of-the-mill just to make things a little more palatable is completely unacceptable. There are definitely moments on the album where right up until the songs releasing all of us were squirming a little, but it seems to have really paid off — a lot of the feedback we’ve been hearing coalesces with how we approached the songwriting.

Dead Rhetoric: Where is the line drawn when it comes to melody? Your riffs are textured and nuanced and sometimes tread melodic ground, but they don’t cross a certain line if you know what I mean.

Merat: So, I guess my previous answer answers this. For this album especially we adopted the thinking that anything goes so long as it conveys the right atmosphere and intent — somber, visceral and with a sense of underlying malevolence at all times. Within these parameters, we actually have a really wide dynamic spectrum to work with. But we are not the band to be presenting hopeful or uplifting music in any way shape or form.

Dead Rhetoric: You are known for being a technical band, but the atmosphere of some of these songs (“Exhale the Ash,” “Inversion,” “Dissolved Orders”) is what helps define the album. Do you find Ulcerate heading more into that direction?

Merat: To me atmosphere is everything — and all great bands exude atmosphere. Revenge has an atmosphere. Katharsis has an atmosphere. I think a lot of people hear our material and instantly make the mental leap to ‘reverb,’ which couldn’t be further from the truth. To me, atmosphere is about establishing and conveying intent, and suspending something intangible, as opposed to stringing together a bunch of riffs that make sense intellectually. So, on that note, yeah definitely. And I would absolutely love for us to eventually shed that fucking ‘technical’ term. It’s meaningless for us, and I certainly don’t identify with any metal bands of that ilk. Technique and varying levels of complexity have always just been tools in our toolkit —a means to an end.

Dead Rhetoric: Do you think the Stare into Death and Be Still album title is apropos given the current situation in the world?

Dead Rhetoric: The album cover is fantastic. What’s the story behind it?

Merat: The cover art is a visual representation of the sonic and thematic philosophy of the album. It ties in directly with a lot of the lyrics and how I visualize the music itself. I’ve always approached our cover art in this way, more than anything it needs to suspend that aforementioned sense of atmosphere in a visual manner. It completes the sensory picture.

Dead Rhetoric: I remember when you started gaining recognition while on Willowtip. What do you recall about those times?

Merat: The two albums that we released around that time were definitely us finding our footing in terms of a focused direction for the band. We also were afforded opportunities to start touring outside of New Zealand which was huge for us. Still is.

Dead Rhetoric: Once this coronavirus situation is in check, what will your plans be?

Merat: We’re currently booking and rescheduling tour dates. Still too early to tell if we’ll be able to action them, but we’re aiming for late 2020, early 2021. 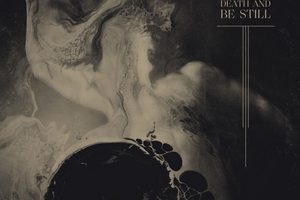 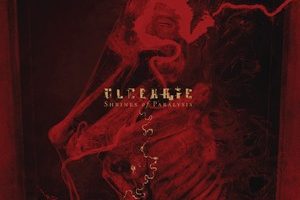 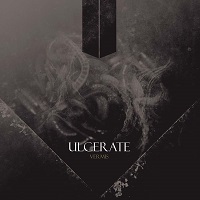