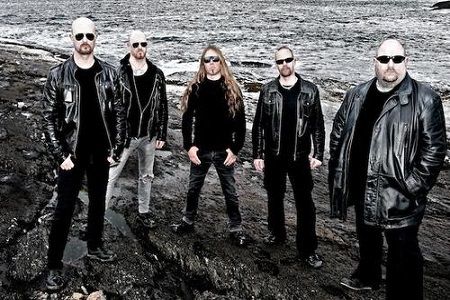 “I don’t know, I don’t think people are really that interested in supergroups anymore. It was an easy way for bands in the 70s to 90s to capitalize on their other band’s popularity, but I don’t think it holds much weight anymore. We just decided we had good chemistry and to write some songs together after that. I would hope the songs can stand for themselves.”

So says Twilight of the Gods vocalist Alan Averill, he of the mighty Irish brood Primordial on the notion that Twilight is a supergroup concoction. You can’t blame folks for initially thinking that way: Rune Eriksen (guitars, ex-Mayhem, Ava Inferi); Peter Lindgren (guitars, Thyrfing), Frode Glesnes (bass, Einherjer); and Nick Barker (drums, ex-Cradle of Filth, Dimmu Borgir) are all top-flight names in the European metal underground, each with a pedigree that would enable them to start a project anew with virtually guaranteed success. However, Twilight of the Gods is very much a “band’s band,” with their Fire on the Mountain emerging as one of the year’s best debuts, let alone top traditional/epic metal albums. But, there has to be a catalyst for all of this mayhem. Enter Averill.

“Well the idea was mine,” he admits. “Basically myself and a friend over beers discussed the possibility of Primordial doing a small show of the epic Bathory tracks around our 20th anniversary, which would have been too difficult so he just said, ‘Why don’t you put this together and make it happen?’ So here we are. Started as a Bathory tribute and we moved on and wrote some songs and kept the name.”

Ah, Bathory. Haven’t thrown that name around on the site this year. (Cue sarcasm.) There’s a current push of recognition for the seminal works of Quorthon, particularly the Hammerheart and Twilight of the Gods albums, of which, obviously, Twilight of the Gods are named after. Aside from the name, Averill says the influence goes much deeper. “At least for me, it was the first band that showed me you could mix epic, individual and uncompromising metal on your own terms with a cultural historical context that was not cartoon pastiche or fantasy.

“Bathory was massively inspired by Manowar for those epic albums, Blood on Ice is almost a complete homage to Manowar,” he continues. “This is not up for discussion or argument as far as I’m concerned, there are even lines of lyrics Quorthon has taken from Manowar: ‘All false prophets and deceivers shall swing from the trees,’ etc. besides which some of our other bands already have enough influence of Bathory.”

After securing an off-season villa in Portugal, the quintet got to work on their debut. It’s certainly a surprise to many that it didn’t come out as some sort of Primordial/Mayhem/Dimmu extreme metal hybrid, but as Averill states, the steely and anthem-like nature of Fire on the Mountain was a creative shot in the arm for the band. “None of us have played straightforward metal like this so it’s definitely like a breath of fresh old-school air for us all. Life is short, we just decided to seize the opportunity and do something different.”

It should also be noted that Averill sings his ass off. Just check out “Preacher” and “Children of Cain.” “I’m learning more and more every year about my voice and decided once Primordial did The Nameless Dead to step up to the plate and do the best I can at all times. I also got a blank slate for the Twilight album to be able to let loose and see where I could take it.”

Prior to the album’s release, the band’s live ventures were limited to just one gig in 2011, but Averill promises more shows are in order (they’re currently in Europe supporting Rotting Christ), yet work on album #2 remains distant.

“We just see what will happen,” he concludes. “As I said, life is short: ‘Acta non verba!’ I would hope we can go on and make another album. Who knows, for now let’s concentrate on this one.” 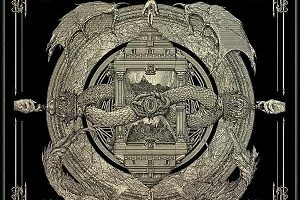 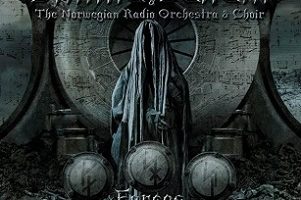 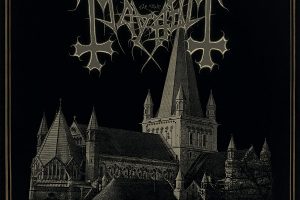