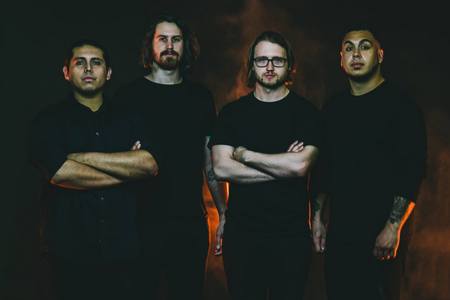 Coming out of nowhere back in 2013, The Zenith Passage left a significant mark with their debut EP, Cosmic Dissonance. Sleek technical death metal, the band rightfully snagged a position in Unique Leader’s roster, and have recently released their first full-length album, Solipsist. Combining intriguing lyrical concepts, dizzying technicality, and an underlying sense of melody and atmosphere, it’s an album that already has the makings of being one of the year’s highlights for the genre.

The Internet already abuzz with the album’s release, it seems all but certain that the band’s stock has elevated them to an even more well-respected level. Lead guitarist and songwriter Justin McKinney (who also welds the axe in The Faceless) was kind enough to give DR the lowdown on the band’s name, album concepts, and the comparisons to The Faceless.

Dead Rhetoric: Where did the name The Zenith Passage stem from?

Justin McKinney: I was in an astronomy course in college at the time and the Zenith Passage of the sun was in a chapter we were studying. The highest point, or in that case, the highest point in the sky, is known as the Zenith. So the sun would pass overhead and be visible at its highest point in the sky, this occurrence is known as a solar Zenith Passage. In the tropics, when the sun reaches its zenith, upright objects cease to cast shadows, so a lot of cultures within the tropics view this as a sacred importance and identify this occurrence as a time when the way into the upper world is open.

I understood and related to the term in a metaphorical sense rather than its literal sense. That a person could reach their highest point (Zenith) and transcend into a higher understanding and comprehension that couldn’t be attained beforehand. So an individual journeys through life, traversing their Zenith Passage. I identified with that metaphor quite a bit, so after getting out of classes for the day I would get back to my apartment and mess around with riffs and what not. They eventually began turning into songs and I figured I’d just make a Facebook page to post those songs on for fun. When a name for the band page came up, I just used the name, The Zenith Passage, and people began remembering it and sharing the songs and here we are now. Pretty awesome to see how far it’s come along since then, so the band itself has become the embodiment of the metaphor and is on its own Zenith Passage.

Dead Rhetoric: Solipsist has recently been released, how has the album fared thus far?

McKinney: The positive response we’ve been getting is incredible. Never thought it would be getting the response that it has been. Very grateful.

Dead Rhetoric: How do you feel about the comparisons to Planetary Duality?

McKinney: I’m pretty flattered that people would even compare Solipsist to Planetary Duality, but I don’t think any modern death metal album will ever compare to PD. Being a fan of The Faceless since the very beginning and now being a part of that band, I do not think we sound anywhere similar to that album, with maybe the exception of “Holographic Principle II: Convergence.” I originally wrote those riffs for The Faceless, but we never ended up using them. I was so attached to the riffs that I decided to just turn it into a full TZP song. That’s the closest to The Faceless that we sound like and I still don’t think that song sounds like The Faceless much at all, if anything it sounds like Psycroptic, because when writing that song, I was inspired by Joe Haley’s playing. Michael and I share a lot of similar influences and principles in songwriting, so by nature people can maybe hear those similar influences throughout TZP songs. When in the pre-production stages of Solipsist, Michael didn’t even think TZP sounded anywhere close to The Faceless, so I think that says a lot as well.

Dead Rhetoric: How important is balance in regards to the more intensive guitar riffs in contrast to the more space-y atmosphere?

McKinney: I’d say it’s pretty important. I originally started the project with the intent on having some spacey atmospheric and orchestral elements. I try to keep an ongoing theme and motif with each album and stick to that idea. I feel like some spacey atmosphere and melody driven orchestral parts really builds the mystery and vibe of the album and are a good palate cleanser to keep from getting burnt out on all the fast, frantic guitar riffs.

I really want to take the band in a much more orchestral route next album. Sort of like that Spawn of Possession song, “The Apparition.” The whole vibe on that song is next level.

Dead Rhetoric: Could you go into the artwork of Solipsist and its tie in to the overall concept of the album?

McKinney: Since Ken Sarafin did such an amazing job on the artwork for our EP, we thought it would be good to continue with him. I approached him with the overall concepts of the album and we worked together sending ideas back and forth and the end result was unbelievable, to say the least. The artwork depicts the album in a visual sense. The first half is the digital existence, which is the green face, the second half of the album, which is divided by the song, “Dreamsphere”, is the flesh existence, the red face. Embedded within the green digital face are lyrics to one of the songs presented in binary code.

McKinney: I’d say it’s pretty important, the intense musical content has to be matched by equally intense criteria in this type of music. When the lyrics started being written, I wanted to highlight some pretty mind blowing psychological theories.

Solipsist is a conceptual album, its centralized themes orbit the idea of nonexistence. Throughout the songwriting process, I was really into the idea that the self is the only sure thing to exist, that nothing truly exists outside of one’s own mind, or perhaps that doesn’t even exist either. It’s truly a mind blowing idea and it really peaked my interest. I started to research the theories of Solipsism and metaphysical solipsism. Then from that Greg and I expanded onto different ideas of nonexistence and portrayed a lot of those ideas in a science fiction setting (Holographic Principle/Simulated Reality/Deus Deceptor). Each song explores an individual idea of nonexistence. We covered theories of Descartes’ dream argument and a deus deceptor, as well as theories of a Holographic universe, simulated reality, and a consensus reality. We’ve included in the CD jacket a brief synopsis of each individual theory that is covered in each of the 10 songs.

Dead Rhetoric: Your debut EP, Cosmic Dissonance, was quite praised. Did you feel that Solipsist had some high expectations to look up to?

McKinney: Definitely, I never thought we’d get the praise we did on Cosmic Dissonance, so trying to write something better than Cosmic Dissonance proved to be an experience since the album took about 2.5 years to be completed.

Dead Rhetoric: What can you say about Michael Keene’s involvement with Solipsist?

McKinney: It’s a long story, but Keene and I had been working together on the new The Faceless album and he had been showing me a lot of awesome production stuff, he is really great at what he does, so I thought it was a no brainer to go with him. But we ended up having him just engineer the vocals for the album, all the guitars and bass were engineered by me through the production stuff I learned from Michael and he let me borrow a lot of his equipment to track DI’s, which we reamped everything with Zack Ohren at Castle Ultimate/Shark Bite Studios.

Dead Rhetoric: There are also a number of guests on Solipsist. How did you come to decide on these spots?

McKinney: We had the awesome multi-instrumentalist, Vikram Shankar on a track, as well as Alex Hofmann of Fallujah and the incredible guitar skills of Wes Hauch. I thought it would be cool to have some friends on the album that were there since TZP’s beginning, mainly Alex Hofmann and Wes Hauch.

Wes had found out about us a couple of months after the release of Cosmic Dissonance and he really pushed us and hyped us out. We owe him a lot for TZP being where it at today. Wes and I ended up being really good friends and hanging out a bunch, which resulted in us writing some cool stuff together. I helped him put together and record a Glass Casket song and we decided it would be cool to collaborate on a TZP song (“Hypnagogia”) and I’m really proud how that song turned out.

Dead Rhetoric: What is your take on the emerging tech-death scene in California?

Dead Rhetoric: What plans does The Zenith Passage have for the rest of 2016?

McKinney: TZP plans on touring the rest of the year, continuing to create interesting content and doing all that we can to expose everyone to our new album, Solipsist, which is out now, pick up a copy anywhere music is sold! 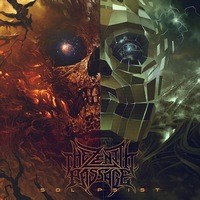 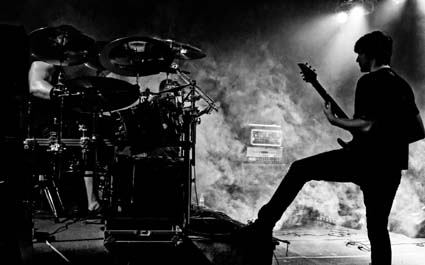