Time flies. As February came and went with nary a bit of notice and March is now halfway done, why not combine the two months in one overview? Solid months all in all though there is a particular item with the February box that I missed out on that I will likely always be sore about. 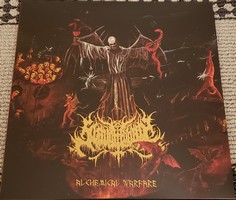 Slaughtbbath – Alchemical Warfare
This scathing Slayer-flavored take on black metal is all spicy-flavored scorched earth and no filler. This was the centerpiece of the January box and a fantastic addition to my collection. 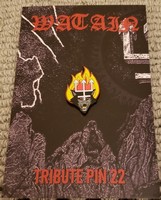 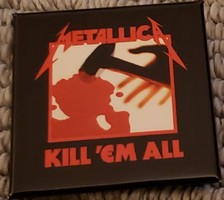 Watain Pin (January) & Metallica Pin (February)
January brought us another fantastic entry in the themed pin series and February offers something more traditional – both in band content and the nature of the pin itself. 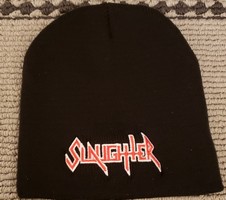 Slaughter Beanie
The Canadian thrash legend lives on. Not something that is likely to get much use this season as the DC area has experience zero viable winter. 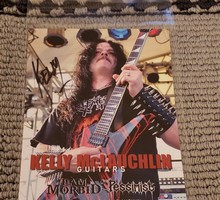 Kelly McLauchlin Autograph
Another entry in the autograph series and the entry point of my anguish with the February box – the random assortment worked against me. No less than Johnny Kelly of Type O Negative fame was featured and my excitement spiked. Unfortunately, however, you cannot win them all and his autograph card was not among my February items.

Gorguts/Darkened Nocturn Slaughtercult Shirts
Though I may have felt anguish with the autograph piece, both months’ shirt selections fucking delivered. No qualms here. 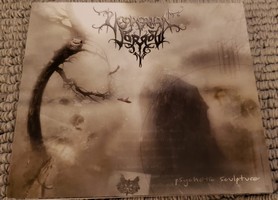 Vesperian Sorrow – Psychotic Sculpture
The secondary CD that came in the February box held a surprise – Vesperian Sorrow. Their 2012 release Stormwinds of Ages garnered extremely high marks from me during my early days with Blistering but this 2001 release is wholly unfamiliar to me. The world remains very small. 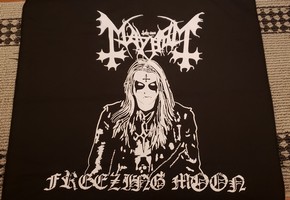 Mayhem – Freezing Moon Flag
This is unquestionably my favorite item so far. A small (approximately 21”x21”) flag that now watches over my records and living room. Fucking solid. 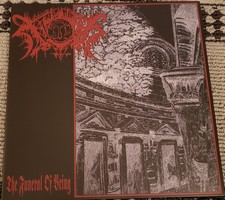 Xasthur – The Funeral of Being
The central piece of my February vinyl box and a very unexpected inclusion. Aughts-era Xasthur is something that has taken considerable time to grow on me so it may be that this arrived at an ideal time. This redone cover is exceptional in reflecting the void within.

Overall
The Metalhead Box continues to surprise with what it offers and the variety of experiences it pulls together. We are three for three so far on vinyl centerpieces that I have found to my liking so in that sense alone the journey has been worth it. Onward to next month!