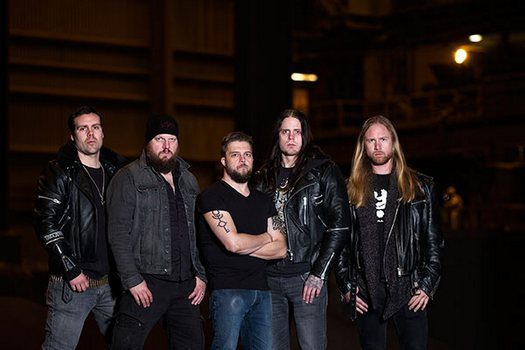 Dead Rhetoric: Do you believe that the changes in recording technology are a double-edged blessing and a curse sort of situation – and making it difficult for many bands to stand out on their own these days because of using similar equipment, tones, samples, triggers, etc.?

Tervonen: I work in a studio environment, and I’ve owned my own studio for the past ten years. Audio is basically my passion, so we could discuss this for hours! (laughs). I had a similar question yesterday, and I thought about it lying in my bed. It’s fantastic that you can make a record in your bedroom with a computer and a sound card. But that doesn’t necessarily mean that that production will stand out today. That’s a big problem I hear when I listen to a lot of new stuff. Since I know so much about the studio world, I hear the samples. I can hear the Andy Sneap snare drum, or the Steven Slate kick drum sample. I can’t listen to this – I prefer when a band works with their original equipment and they have the know how to tweak it to become something good.

I bought myself a guitar head called Kemper recently – I was blown away. I had been playing a Peavey 5150 for over ten years – I profiled it with the Kemper and it sounded exactly the same. The technology is fantastic nowadays. I don’t want to use a finished sample – so that’s why I prefer my own gear for our own sound. We aren’t going to go fancy and replace sounds for the toms, in the end it will sound like any modern production you hear today. That’s just too mechanical, but that’s sort of a generation question as I’m turning 42 this year. I listened to the first Morbid Angel forward- and I just appreciate it more when you hear a band playing.

Dead Rhetoric: There are times where I think bands who are self-recording would benefit from that outside opinion, to be more objective about their material…

Tervonen: As you said, it’s like a double-edged sword. It’s fantastic that people can record their own stuff, and it sounds good and professional in their own way. But it doesn’t necessarily sound original when you use a lot of sampling technology. It is not easy to record a drum set- if you are 18-year-old kids, I’m pretty sure it will fail because you need someone skilled that can understand how audio works in a studio. The editing part – it’s very dangerous, because it’s so easy to edit nowadays.

Dead Rhetoric: Do you believe that perfection aspect has bled over into the stage with people using samplers and triggers live?

Tervonen: Yeah, that’s a big curse also. Possessed 13 was the first album that we recorded on Pro-Tools. Before that, we recorded all our albums on tape. It doesn’t matter whether tape or digital sounds better, but the problem is you are editing and mixing and basing your opinions with your eyes. You are looking at the screen, and you see that the kick drum is off. But can you hear it? No, it’s not on the grid… in the end you edit everything and snap it to the grid. It’s easy to quantize stuff in the studio, and that is where it becomes wrong in my opinion. If music flows, you feel the flow and there’s nothing wrong with it. You don’t need to open a fucking magnifying glass and try to find errors. It’s a bit different approach, and kids are very used to working like that, watching the Pro-Tools screens and seeing the kick drums hitting the grid. It’s a different mindset, and there is some study that if you listen to something that is 100% tight, your brain gets bored. If it’s off a pinch, then your brain won’t get bored- and I believe that is true.

Dead Rhetoric: Which probably explains how dynamics come into play – everything can’t just be quantified to the point where the loudness war comes into play…

Tervonen: The loudness wars…we could discuss that for hours as well! (laughs) It is new times, I respect it but I don’t need to like it. I understand why the problems are there, and why things sound the way that they do. I don’t necessarily need to like it or approve of it.

Dead Rhetoric: What would surprise people to learn about Marko the person versus what they know about Marko the musician? How do the band members balance the needs of work and family against the band activities?

Tervonen: There is an old saying that you should never meet your heroes as you will always be disappointed. (laughs) That would be true for me, I’m a very normal person – I’m a bit geeky about audio and music, where stuff is recorded and I probably know where every death metal record has been recorded, what producer, stuff like that. They would be surprised that I’m a positive, normal guy.

The second part of your question has been something that has become very important for us. It was a good thing that we had a break after we did the Crowned Unholy album. We started this band when we were 14-15 years old, we just went with it and all the things that happened. After Crowned Unholy, we decided to call it quits. Those years without the band, it allowed us to have normal lives- some of us got married and became parents, some of us got an education and good jobs. When we came back, it was very easy to talk with the members and be on the same page when it comes to balance. We realized that we need to have The Crown in our lives, we’ve done it since we were kids and it still takes us to a lot of fantastic places and achievements that we appreciate a lot. We have to balance it against families and day jobs- none of those parts need to suffer. We are not financially dependent on shows to do The Crown stuff- we have the opportunity to say no to tours. I’ve talked to other bands that never had that break – they end up being dependent on every local show, or 200 shows per year. That break saved us, otherwise we would have smashed the wall.

Dead Rhetoric: Is Metal Blade understanding of this type of touring situation for the band?

Tervonen: Yes, and it is sort of a challenge to see them come up with decent suggestions. We want to play everywhere, but we just can’t go on a six-week tour. We can go for a week at a time, take a few weeks off, and do it again. We are discussing these issues with a booking agency and they seem to understand what we want. We are trying to figure out a plan for 2018-19 to visit all the countries we want to visit.

Dead Rhetoric: I’ve read in previous interviews your love of Metallica – what were those early memories of the band, and what do you consider some of the pinnacle songs or records in their discography?

Tervonen: That is a big part of my musical journey. I still love those guys- there’s something about it that’s like a first crush. You will never forget it- for myself it started with Ride the Lightning. I was born in 1976, so I was too young for Kill ‘Em All, but I heard Ride the Lightning and thought it was good. Then I heard Master of Puppets and that blew me away. And today, I would say …And Justice for All is my ten-point album, I love it for so many reasons. When you hear something so powerful at a certain age, it affects you in a way that will never affect you ever again. At 12-14, you get affected the most from music. The whole Metallica journey, what kind of guys they are, I’ve always respected that versus a band that have an image, makeup. They delivered incredible music, just in t-shirts and blue jeans. I have a lot of distance of things, but when it comes to the seriousness of the music it switches me over to a maniac. I am happy they came out with a strong last album, I was not a big fan of Death Magnetic– you can talk about the loudness wars with that. It doesn’t matter what they release, it will never be better than the golden age. Those albums I heard when I was so young, and have a lot of memories for this.

Dead Rhetoric: What’s on the horizon for The Crown over the next twelve months to support Cobra Speed Venom?

Tervonen: That’s what we are discussing right now. We do want to play as much as we can. We will release new singles, when the album comes out we will do shows. We will be out there with the balance. I haven’t felt this proud of an album in a long time, and we need to promote it and be out there. It just needs to be done with some sanity. 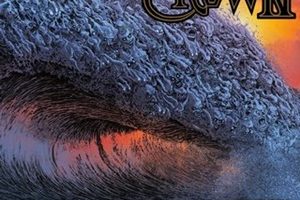 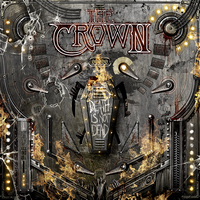