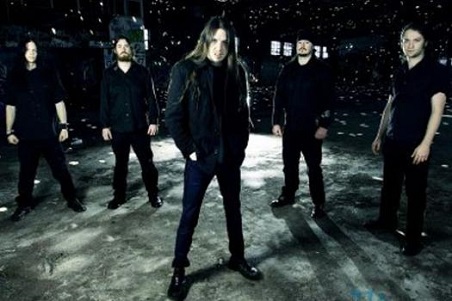 December 2009, Pittsburgh, PA. DR in its former incarnation as Blistering.com was asked to cover Vader’s North American headline tour, a run that saw no less than three bands drop off from the billing. Upon arrival at the Ches-Arena (a converted roller-rink), the look upon Vader’s tour manager was that of utter disgust and exhaustion. Clearly, this was one of those tours from hell that was crawling to the finish line. Perhaps they should have called it a tour upon seeing the arena’s decor: a blow-up Santa Claus, penguins, and Christmas balls…

Australian noise terrorists The Amenta were slotted in the middle of the bill and were faced with what was akin to a total sonic butchering by the soundman. Programmer/keyboardist Timothy Pope was forced to recall this show by DR, and suffice it to say, he doesn’t mince words.

“Ah yes, fucking Pittsburgh,” he begins. “That was a pretty ridiculous show. We played in some enormous dome. Terrible acoustics and we were using local sound guys on the tour. The sound guy there was one of those delightful cunts who fucking hates their job, hates music and wants to ruin it for everyone else. The mixing desk was a hundred meters away from the stage and we think the sound guy might have been deaf. He was certainly a shithead. I remember that he took exception to the fact that Vader had brought their own guy and, while Vader were playing, he started to unplug all of his gear from the board which caused all the sound to cut out. I hope he gets AIDS. That was definitely one of the worst sounds we had ever had in any show.”

According to Pope, the Pittsburgh date was just a microcosm of a tour that had gone horribly wrong for just about all parties involved. “It was definitely the hardest tour we have ever done though,” he admits. “It was almost nine weeks long with only two days off, one of which was a travel day and the other was Thanksgiving so it was pretty full on. It made us a very tight unit though. Playing that often made everything second nature so we could play shows even when we couldn’t hear things. We even managed to play a show where Cain [Cressall, vocals] and Robin [Stone, former drummer] had swine flu. Cain had to check himself out of hospital for the show. If we can play under those conditions we can play anywhere at any time.”

Even in adverse conditions, The Amenta’s chaotic brand of extreme metal has gradually started to win over fans. According to Pope, there is unlimited growth potential for the band in all territories, not just North America.

“We are pretty extreme sonically but also very aggressive live so I think, if people are receptive to it, we can be a pretty surprising and intense experience. One guy I can remember came up to us with blood streaming from his nose. He told me that I had kicked a mic stand into his face. I was just apologising when he stopped me to thank me and say it was the best show he had ever seen. That sort of shit makes it worth it and makes it a great territory for us.”

The band’s new album is Flesh is Heir, a sonically razed, hyper-intense offering that covers a lot of ground all at once, but is decidedly all The Amenta. From magnified electronics, to sinister blasting, a select number of cuts on Flesh is Heir (“Teeth,” “Sewer,” “The Argument”) are the embodiment of extreme metal for the modern age. Subgenre-less, but heavy as a heavy thing.

“We have always called ourselves extreme music,” relays Pope. “We have never been an industrial band in any sane interpretation of the term. I am always confused by its use (and to be honest we have been guilty of using it in some promotional material) as it just doesn’t mean anything. I don’t think we are industrial at all. We use electronic elements but since when does that mean industrial. So does Rihanna, is she industrial?

“Flesh is Heir, I think, has a lot more to offer than mere genre labels like industrial and death metal,” he continues. “It has electronic elements but a lot of the samples are actually organic sounds like choirs and orchestras or metal percussion but they have been affected and mangled until they are bizarre warped versions of themselves. So in some ways it is very organic as the decay of the sound is more important than the source sound itself. But the problem with releasing art is that, once it has left the hands of the artist, it is no longer the property of the creator. We can’t dictate how our music should be heard, appreciated and labelled so I imagine that lazy people will still reach for the industrial tag.”

Flesh is Heir follows three EPs (VO1D, Chokehold, and Teeth), something that Pope admits was done in order to keep the band “in everyone’s view.” Still, making a full-length album for The Amenta is much more difficult task than other bands filling up the extreme metal sphere.

“All of our albums are tough to make,” says Pope. “We set ourselves very stringent rules and goals and we are true perfectionists. This album had very different struggles than previous albums though. For n0n, we were working beyond the capabilities of home studios at that time. We couldn’t actually play the songs back, with all the parts, until we were in a big studio. We had a session for guitars, a session for samples etc. We could only put them together at the end.”

Plans for the rest of the year revolve around touring, which Pope says will help occupy the band’s time before they hunker down for the follow-up to Flesh Is Heir.

“We have just finished a small east coast of Australia tour with Cradle of Filth and have just announced a headlining tour in Australia for July. We will see what we are offered for Europe and North America and hopefully we can get over there again soon. We played in Indonesia; our first time in Asia, last month and that was an incredible experience so we’d love to get over there again. At some point we’ll start thinking about the next release. I spoke with Erik last week and we have vaguely discussed another quick satellite release to blow the cobwebs out. I have also started working on a lyrical and thematic direction for the next album that I am really excited about. Hopefully we can knock out the next album a lot quicker than the last two!” 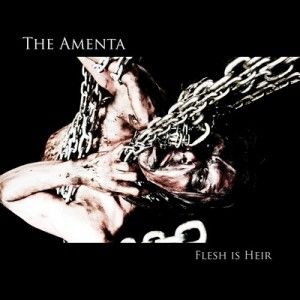 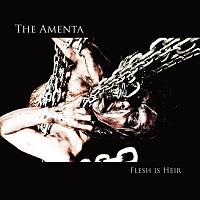 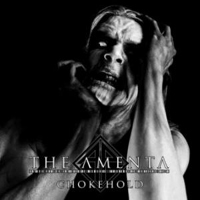