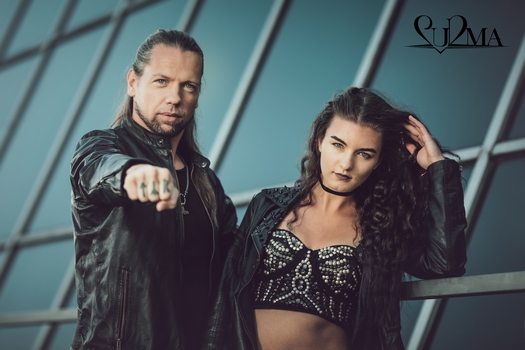 A fresh symphonic metal act with some familiar faces, such as Heri Joensen of Týr and Viktorie Surmøvá of Bohemian Metal Rhapsody, Surma is ready to ignite the scene with their soon to be released debut, The Light Within. With a positive spirit and inspired atmosphere, it takes only a few seconds to hear that they are on to something big musically – out to set themselves apart from the rest of the symphonic squads. We spoke with Surmøvá herself at the end of summer to get her thoughts on the upcoming album and takeaways from it, as well as playing the cello and what got her into heavy metal.

Dead Rhetoric: How did the band come together?

Viktorie Surmøvá: It began when I met Heri Joensen, around 2018. We were having a concert with Týr in Prague and we met there since I was promoting the concert. Since we started this connection together, we started writing back and forth to each other, and the band actually started after our relationship together. We are partners, and after some time after getting to know each other, I told him that I am actually a singer. Heri suggested that I should have a band, so we decided to have a band together.

Dead Rhetoric: Many songs were inspired by sculptures and statues. Did that same inspiration spark the cover art?

Surmøvá: Absolutely. It’s not really a conceptual album because it’s not one story, but it’s nice to have everything together in that it makes some sense and is cohesive. I asked a friend of mine from France if he could help make a statue-looking cover. He created this sculpture look on my skin, and then we left the rest to Gyula Havancsák, from Hungary. Inside the album is actually all of Gyula’s work. He put all of the sculptures together. There are

Dead Rhetoric: What do you hope that people take away from The Light Within, as your debut?

Surmøvá: That’s a deep question! We can have some hopes, but we have no idea what will actually happen. We hope that people may just feel the music and it might inspire them. That it would make their day, in a way. It would be very nice if people would feel better because of the music.

Dead Rhetoric: Given the state of the world this year, do you feel The Light Within is timely, as a more hopeful release?

Surmøvá: Definitely. I think in almost every story or song there is some kind of hope or positive message behind it. Times are tough now, and it makes a lot of sense to release it now. Even if we didn’t plan for this.

Dead Rhetoric: There’s something to be said for the short, 3-4 minute track lengths on The Light Within. So many symphonic bands have the urge to create long, bloated epic songs.

Surmøvá: I think it’s mostly the work of Heri. I created all of the vocal melodies and he wrote all of the music. We also collaborated with Lars from Denmark. He created the orchestrations. I think the epicness is the connection of the three of us. We also didn’t have much time to really think about things like, “Let’s make it more epic or bigger,” I just think that we found the point right away and we were satisfied with what we created.

Dead Rhetoric: When you were creating those vocal lines and melodies, was there anything specific that you looked at or the way that you fit your voice within the music?

Surmøvá: Honestly, I didn’t think of it too much while I was writing the melodies. Basically, how I work is that I walk down the street and I get a melody in my head. So I grab my phone, record it, and that’s it. I don’t really think about it – it’s something that just comes to me. I give it some time and then I listen to it and then we decide if it is actually usable or not. I think it should be fitting to my voice since it is coming directly from me. It wouldn’t work if I had an idea for bass vocals, since I’m not a bass. It all comes together.

Dead Rhetoric: What goals do you have for Surma? I’m assuming you are moving forward as a full band and not a side project.

Surmøvá: Everyone was saying that it’s more like a project, like Heri had said. But for me it’s more like a real band. I really wanted to create a family from it. That was something I wanted to do. I would love to really have a group of people who are connected and like to spend time together making some music. Of course, we can’t go on tour now but I hope that will change. That’s the goal we have – to play for people and enjoy our time together.

Dead Rhetoric: You mentioned the family aspect. In scrolling through the band’s Facebook page, you already have fans involved in the countdown to a video. Are you trying to get them involved at the base of the band so that you already get that connection?

Surmøvá: It’s a nice feeling to be connected with fans. They don’t know what to expect from us. We haven’t released anything except one lyric video. But they already believe in us. It means so much. We wanted to give them the possibility to be a part of the music and our group. It was really nice that people wanted to get involved. I’m glad that it makes them happy. It makes us happy as well.

Dead Rhetoric: Anything going on with Bohemian Metal Rhapsody?

Surmøvá: It’s just a project in Czech. We are singing in Czech, but we are hoping to be doing some live streaming. The main person from the project has been talking about doing a full-length album for a while too. But everyone is busy so we are kind of waiting to see what will happen.

Dead Rhetoric: What got you into heavy metal, and what do you enjoy about it still?

Surmøvá: It began with my childhood. My father is a big music fan. I grew up on Deep Purple, Black Sabbath, and classic rock bands. I tried to listen to newer bands and I really liked the development and possibilities of heavy metal. It has gotten so big and there are so many genres now. People can be creative and I really like that.

Dead Rhetoric: You studied cello, would you consider using it in more metal contexts in the future?

Surmøvá: I really wish! The problem is that it has been a long time since I was actively playing cello. I do not own the instrument. It’s really sad, and I hope I can buy it one day. It’s not a cheap instrument! That’s the main problem right now [laughs]. But it would be nice, since we have some orchestrations in our music – to be able to play it on my own.

Dead Rhetoric: Do you have any hobbies outside of music?

Surmøvá: Heri and I go to the gym together quite a bit [laughs]. Music is killing a lot of my time, especially for Heri since he is working on Týr as well. But we are walking through the city and through nature, as well as visiting our families – so the basic stuff, you know?

Dead Rhetoric: What plans do you have for Surma?

Surmøvá: We have some plans. I’m not sure I can talk about them [laughs] because we are very new and we should keep people in some surprise. But we have some things coming. It’ll be nice, but we don’t have a lot of options to travel. So nothing extremely huge, but it’ll be nice! 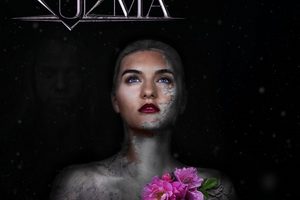