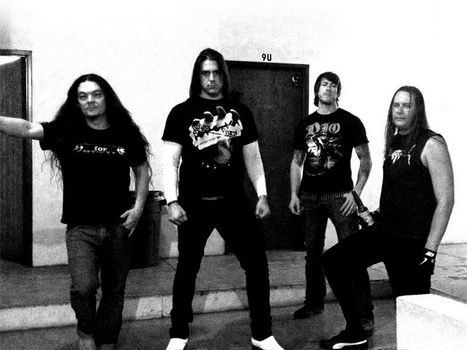 Dead Rhetoric: Do you think people can be a little jaded on the West Coast because of the sheer number of tours and bands available?

Shapiro: Yes, a little bit. Especially when you talk to some of the promoters and some of the bookers. We haven’t had good luck in that regard- so I’m not trying to sound like I’m complaining or anything. There is a little bit of elitism for the bands that are on labels that provide them more support, they get a lot further and get more bang for their bucks compared to folks like us. We have a label, and label support- but we don’t have that manager who knows twenty people that can get us on festivals. I feel that this a little bit of a drawback. But that’s been breaking down for us a little since we’ve been in the game for so long.

Dead Rhetoric: Do you see major differences between the records of your youth versus the output of the new generation of hard rock/metal acts today?

Shapiro: Yes, for sure. It’s hard to beat the analog production of the 70’s and 80’s. The sound of the records I thought were better back then- but you have the new Cauldron album, which sounds like it was made in 1985. It sounds amazing. I love the tones of that- and Skull Fist is another band that I really like. They would be right up there with anything else that came out in that era. That said, record labels pushed bands back then, they developed talent, they allowed you to work on your craft and supported you while you did that. Now you are a completed project before you get the opportunity to get your music in front of a larger audience.

Dead Rhetoric: What are your feelings about the use of the internet at this point? Do you enjoy connecting with fans, and how do you feel about the drawbacks of fans getting lazy…

Shapiro: And actually going to shows? Yeah (laughs). Definitely. The bill we had last night with Cauldron, was one of the best bills I’ve ever been on, and it was sparsely attended. That would have been a show that I would have expected to be sold out, and there weren’t more than 100 people there. Granted, there were some competing shows due to the Frost and Fire festival that took place over the weekend, and touring bands are going through the area, so that took some air out of the room as far as choosing where to go for a show. I think the internet, has its benefits as well. Being able to network with bands is a lot easier, although back in the Myspace days, it was super easy. Facebook makes it a little more challenging, because you spend all this time building up an audience, and oh by the way – your posts aren’t going to reach all of your fans unless you pay for it, which is aggravating. I have people who ask me around town if we are still a band, because they aren’t seeing anything on their social media feeds. I’m like, yeah – awesome- that’s so great that Facebook does that.

The other thing about social media that can be frustrating, is you have a lot of people that want free handouts. Send me some free stuff- I’m happy to help people out, but at what point do the musicians get compensated anymore? Everyone wants everything for free, so I have to send you a free CD and pay for the shipping just to have the honor of you listening to it? That gets a little challenging. If you aren’t selling merchandise, you are drowning in gas. Door fees for these local shows are the same now as they were 20 years ago- meanwhile gas is like five times the price. And no one is buying CD’s anymore because they are obsolete- everyone is streaming and if you see the numbers, unless you are getting millions of streams, you won’t even see a dollar.

Dead Rhetoric: It’s scary to me to see many younger people who would rather stream music than own a physical copy of the product…

Shapiro: It goes back to the origins of the music industry. Hundreds of years ago, in order for a musician to earn a living, they were paid to perform. One day someone came up with a way to bottle and sell that performance in a recorded medium. So (came the advent) of vinyl, tape, CD… you had to actually purchase. In the grand scheme of things, that’s just a blip on the radar to earn an income. We are back to the 1700’s model where you have to write and perform.

Dead Rhetoric: Where would you consider Space Vacation at in terms of your career arc, and do you think about what it will take to get to the next level of success and longevity?

Shapiro: It’s funny, we feel like we have a lot of traction from this record, which was fairly unexpected. We didn’t have a lot of expectations going into this. Let’s just get it out there and see if people like it, we’ll play some shows and go from there. It’s done fairly well for us as far as getting attention- and now when we talk to bands, they are listening too- it’s more prevalent than I anticipated. For us to get to the next level, I feel we need to get into bigger audiences and play more high profile shows and festivals, specifically in Europe. Which is what we are trying to do right now.

Dead Rhetoric: Over the past five years, what new behaviors, beliefs, or habits have improved your life?

Shapiro: (laughs). Habits… I would say it’s pretty much status quo. My life has been the same for the past five years- I play music, I’ve got a day job, and try to keep a positive attitude about everything. And also, not take myself too seriously. I think that’s where you can get into a real slippery slope- if you take yourself and your music too seriously. This is about fun, and if you are not trying to perform for yourself and the people who came out to see you, that’s not the right reason to do this. There was a point over the course of the last couple of years where it was not fun anymore. Taking that step back and then reengaging, making it more about having a good time and being happy about the music that we are playing- doing the best to perform for the fans that are kind enough to come out and pay to see us, that’s what it’s really about.

Dead Rhetoric: How would you describe the band chemistry at this point? Are you able to share and divide out tasks for the overall health and well-being of the group?

Shapiro: (laughs). Well, I still take the lion’s share of the business side of things. Which is fine, I don’t mind doing it. The way the chemistry is right now is really good. Eli our drummer is a consummate entertainer, he’s hilarious. He’s famous in his own right for just doing weird things on the internet, amusing to say the least. He’s a positive, energetic guy to be around. He’s got a phenomenal talent level, playing around him is a real joy for me. I never have to worry about anything as far as the rhythm section is concerned. He’s where you expect him to be in the song. Steve Hays is another guy whose talent level is through the roof. He’s from Belgium originally, but he’s been in California since 18. One of his band incarnations was in that late hair metal period, where he was on MTV with a video of one of his bands. He brings it every day, he’s an easy guy to work with. He adds a lot to the musical aspect of the songs- I thought his bass playing on the album is phenomenal. Plus he’s helping us get some exposure from Belgium, since he’s from there. We are getting actual spins on terrestrial radio there.

Kiyo is a magician on the guitar. (He) and I are the writing partners for the band now- this album specifically we worked closely together to craft the songs, the melodies, and making sure it was exactly how we liked it. It’s a real pleasure to work with him, he’s my creative outlet and his talent is just absurd. He’s an effortless guitar player, which is rare. I’ve seen a lot of guys shred and do some amazing things, but I’ve never seen anyone play like Kiyo does with pure emotion but also the technical ability behind it.

Dead Rhetoric: What’s on the agenda for Space Vacation over the next twelve months as far as promotion and touring? Where would you like to go, will there be a promotional video or two, and has work already begun on the next effort?

Shapiro: We’ve started working out what we are going to do for a video. We’ve got a couple of songs we are going to be putting out- one that will be interesting, we are hoping people will find it funny. The key for us is that we don’t want to take ourselves too seriously, so we want something to be funny so that people get a kick out of it, not necessarily how we look tough, anyone can do that. Anyone can mean mug for the camera and be a tough guy, we want to do something more like the Red Fang videos- those are hilarious. We are aiming for that angle. You should be seeing those videos in the next couple of months, we are filming them towards the end of this month or the beginning of next month. We are trying to get a location finalized right now.

As far as touring goes, we are tentatively going to be playing a festival in Chicago, potentially towards the beginning of 2018. We are beginning to get a tour together for Europe in the summer of 2018, and we are also going to do a West Coast tour in that time frame, from Seattle down to San Diego. And we would like to get back out to the East Coast again. 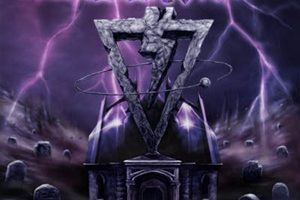