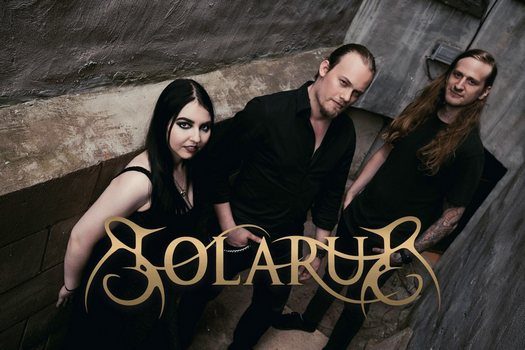 Originating as a personal project and blossoming into a full band entity, Canadian band Solarus bridge many sub-genres from progressive/power metal to symphonic and melancholic/gothic strains through their two albums to date, Reunion and Darkest Days. Their emotionally engaging style contains a multitude of hooks, melodies, and harmonies – dynamic in the execution and versatility from ballads all the way up to heavier tracks. And they’ve been gaining modest momentum based on professionalism, making proper connections in the scene, and delivering the goods.

Wishing to learn more about the band, we reached out to guitarist Lucas McArthur who was happy to discuss the transition from project to full band status, the personal conceptual journey for Reunion, what vocalist Sarah Dee brings to the table to diversify Solarus from other acts, and healthy discussion about the band’s ties with Borealis among other things.

Dead Rhetoric: Take us back to the early formation of Solarus in 2015 – how did you develop the initial lineup and what were those early rehearsal and songwriting sessions like?

Lucas McArthur: Okay. Solarus was formed officially as a band not until about 2017. In 2015 it started out as a solo project that I had started. The album was written by me, I had a drummer on board at that time who helped me get some drums down and tracked, but the music was written before he came on board so he just helped me bring this to fruition. The producer Sean, the drummer from Borealis, he offered to help so I hired him. At that point I didn’t even have a singer on board, but it was a passionate project that I wanted to move forward. I was sick and tired of the years I committed trying to get a band to formulate and commit, so I said damn it, I’ll do it myself (laughs). That’s where it started.

And then after that Sarah (Dee) joined after that. Reunion our first album was almost fully done, and I had auditioned about seven singers. I didn’t intend on having a female vocalist, it just worked out that way. She sent me a thirty second track and that was enough for me to ask her to do this album. She’s been an enthusiastic member ever since.

Dead Rhetoric: Reunion was all written by you- and it’s also a concept record. Could you tell us a little bit about that?

McArthur: All the songs were written by me, and the lyrics by me as well as a lot of the vocal melodies because I had to have this project ready for whoever was able to jump on board. It wasn’t very fair to bring on a singer and then say, hey- do all this work in a couple of months. That helped take a lot of the pressure off of Sarah’s shoulders. It worked out better that way because it is a concept album. It was near and dear to my heart- it’s a story inspired by my Aunt Jen and Uncle Mike. They tragically passed away when I was about ten years old- about a year apart from one another. She sadly took her own life, and he was left to try to survive in this world without her, battling cancer, and the cancer took him shortly afterward. There was kind of sense that he had reasonably speaking had given up. I wanted to write an album that followed a story about a woman who loses her life tragically, and he tries to pick up the pieces. Him living with the pain and suffering, and the climatic moment of him having lived a full and learned happy life, reuniting with her in the afterlife at the end of the album, hence the title Reunion.

The album has a happier twist on it, because in real life it didn’t end that well. It was a huge blow to my family, but my family found a lot of solace in the album, they were all very touched by the content of the album, it became a very personal thing of our musical history. Each song has its own little chapter – your devastation, your anger, your grieving, your bargaining, your trying to get rid of the pain and learning to live with it, and eventually the redemption at the end.

Dead Rhetoric: Darkest Days is the latest Solarus full-length. Tell us about the recording and songwriting sessions for this effort – and where do you see the major differences between this record and your Reunion debut?

McArthur: Darkest Days was approached very differently. While we stuck to writing to similar kinds of Solarus material, about the human condition and struggle, the thematic elements that are always there- this is by no means a story concept album. It was a follow-up full-length that we wanted to experiment a bit with. In large part the album was constructed mostly by me once again- I am the primary songwriter in the band and I have bandmates that are amazingly accommodative of that, they work with the sound that we are generating. I write a majority of the instruments and then try to bring them in to give finishing touches, and my drummer often laughs because I will ask him if these drum parts I wrote will work and he’ll say ‘they would…if I had four arms!’ (laughs). Just little blunders in the writing process there, but this time around it was important to give Sarah the platform that she deserves. She’s a fantastic vocalist and she’s poured a lot of heart and soul into her music. She’s never had a proper platform to display what she really can offer, and if I had ideas I would throw them her way- but when it came to recording, I stayed out of her way. The first time I would hear the vocals on either album is when I would hear the masters – I had 100% trust that she was going to deliver her best, and I’ve never had to change a single thing.

We wanted to take advantage of her lyrical abilities, and it gave her the freedom to write the melodies that she thought worked well with the music. On top of that, she brought quite a few musical ideas to the table that were established before Reunion was even released – and now that we are doing this. “Limbo” is a perfect example of a song she had written a long time ago, and we just kind of adapted it. Didn’t change a whole lot, I added a bit of lead melodies for the guitars and that was about it. She brought a lot to the table, we think our styles complimented each other really well on this album.

Dead Rhetoric: You mentioned the song “Limbo” – which happened to be the first video you released for the new record. Can you tell us a bit about the video shoot- and how did you happen to get that deer in the video?

McArthur: (laughs). The deer was a surprise to all of us. We loved doing that video – that was just a fun day through and through. Our drummer was I’m sure very tired by the end of it – because he was playing that song over and over again for about six to seven hours straight. We had to force him to take breaks because he’s a workhorse and he won’t stop, there’s a lot of double kick in that song and we wanted to keep him well-rested. We rented out a nice loft studio in downtown London, Ontario- a block away from where I work so it was really easy to find. We thought it would be a perfect kind of shoot.

The deer was just our videographer Jeremy just being awesome. He just went out on a regular old day and walking the trail, he had his camera with him and he caught the footage with this deer. We didn’t even know he got it- the first time we saw it was in the preliminary cut of the video and we just all laughed with joy. He seems to be some sort of deer whisperer. It was a lot of fun.

I want to say I’ve been very surprised at the reception to this video. We haven’t done a boost to that video, the sheer amount of people that have reached out to us with our small following on Facebook, that doubled our numbers and people loved it, it helped put us on the map with people that otherwise would not have heard of us. We were really excited about this. We definitely have plans in the works for another (video) soon, so stayed tuned for that.

Dead Rhetoric: What’s most noticeable to these ears is the band’s diversity when it comes to incorporating a symphonic, power/progressive metal sound – there’s an equal emphasis on ballads and mid-tempo offerings as there is the heavier material. Does this stem from the varied influences and style approach you want for Solarus – instead of pigeonholing the band into one specific category?

McArthur: That was a very organic growth actually. Whereas what I tend to write will occasionally have these breathy, open bridges or what not where everything calms down, an example is “Requiem for the Fallen” on this album – there’s a little piano interlude with a light guitar solo over it that I thought would be a nice reprieve – I have to admit most of that collaboration is because of Sarah’s background. Sarah is a fantastic piano player, and a lot of the songs she writes are very slow, melancholic. “Holding On” is a perfect example, that is 100% her and I absolutely adore it. I have always been a fan of bands like Dream Theater, all these different progressive metal bands that can seamlessly integrate really light songs with the really frantic stuff – we want to be like that. Sarah is a ballad freak, and she has always said if she could make a whole album of ballads, she would. We try to keep the diversity in there, but she has said she always wanted to be a metal Adele.

Dead Rhetoric: Sarah’s voice and range also elevates the band into fresh horizons compared to most operatic singers in this genre. Do you attempt to push more boundaries and go into new territories because of her abilities?

McArthur: Definitely. That was primarily the reason…and I don’t know if I even have talked to her about this, we don’t meet up too often because we all live in different cities, but that was primarily the reason why when I heard her audition I said I am a huge fan of symphonic metal and operatic singers, but there is something to be said about that operatic sound. It’s powerful and it’s huge, but it does seem to feel like a repetition in the genre that I wanted to avoid. Because Solarus has these riffs and movements that are aggressive and technical for that kind of symphonic metal sound that lends itself to the orchestra or the powerhouse of the vocals.

We expand our horizons, and it’s not like we really try. All I have to do is tell Sarah do what you want to do. She brought this weird mix of pop and classical training, and really fast paced enunciation style of vocal movements. The trick to Solarus is giving her and I the freedom to just do what we want to do. We didn’t have one writing dispute on these two albums – we just love what each other does. We put it together and trust it’s going to work out great. Her vocal style is very akin to the 90’s Evanescence style, pop but beautiful vocals. We strive for that because we feel that it sounds a lot more different. 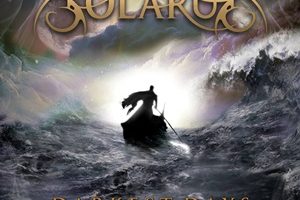 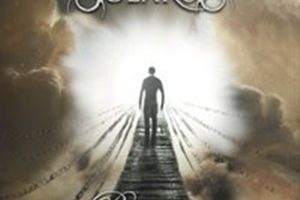