Dead Rhetoric: It’s so cool that you are doing that – it’s not like you are some huge heavy metal celebrity, you are just doing all that you can. I think it’s phenomenal.

Gato: We are nobodies! We are a band from bumfuck, Egypt. I think that if something ever happened, and we did become a popular band, I would take that flag and I would grind that stone to the ground. I think it has that potential, if somebody latched onto it.

Dead Rhetoric: Switching gears back to music, being in Florida…what do you like about Floridian death metal?

Gato: We couldn’t have picked a worse state to be in to play this music. I tell you what, I love Florida death metal. The only thing is, that when we play those shows, with death metal bands…you know how they are. They hear a guy break into cleans, and it’s a no-no. And unfortunately, racism is a sort of a thing…our singer is black. That right there, for some mentalities – we have played out of state before, and it’s uncomfortable. Those thankfully are very rare – I feel welcome 50% of the death metal crowd. We do have death metal sensibilities. It’s one of our biggest influences.

We have so much respect for bands like Obituary or The Absence – god bless them…we have played with them a couple of times. There’s a lot of death metal down here, but it’s very closed off. When we get up there, we are jamming away and doing our thing – when we bust into a clean vocal, you can see the crowd go, “You guys are stupid. You guys are singing – what kind of stupid shit is this?” But it is what it is. We aren’t exactly a death metal band – I don’t know what we are exactly. We are more melodic death metal than anything else. It’s hard to stay in your line when there are like 4 melodic death metal bands in the state.

Gato: It’s exactly the truth. It’s tough – it’s a really hard shell to break. But the death metal crowd loves their thing, and you have to really respect them for that. I have so much respect for the death metal community, it’s ridiculous. They have managed to maintain one of the most aggressive sounds. Every time you hear a Florida death metal band, you just know that it’s a Florida death metal band. I fucking love that. That’s one of the biggest things that I love is that intensity. It’s so awesome [laughs].

Dead Rhetoric: The band has been independent for a while, do you see that changing or do you prefer it?

Gato: We have been approached by labels before. I’m a business man, and a lot of the people in this band are businessmen. It just doesn’t really make a lot of sense for us to be on a label. We all have jobs that we do regularly. We all make a decent amount of money where we can fund our own records. We can hire our own marketing person. We can plan our own tours. It really makes me feel like, “Why do we need a label?” But if Nuclear Blast or Century Media came up and said, “Hey guys, we want you to jump on and we’ll release this record” we would definitely think about it.

The offers that we have had in the past were a slap in the face, but I know other bands out there would take them in a heartbeat. I don’t feel comfortable with someone else owning the music that we wrote. Why should someone have a percentage of that? I don’t feel it’s necessary with the amount of technology that we have today. You can go on Facebook and talk to your favorite singer. I can reach out to anyone in the world – it’s not exclusive like it was in the ‘90s. If you want something, you can go get it in today’s world. That’s why we have maintained such a DIY, rebel attitude about what we do. If you just sit down and try, you can make it work.

Dead Rhetoric: Right – you just have to be willing to put in the time and effort. If you have that, it’s like you said, there are bands that can do it on their own. When you have a sound like yours, which incorporates a lot of different influences, you can maintain control over it as well.

Gato: Of course. Right now, with Lucy [Incendia Music], this is one of the most professional [PR] groups I’ve ever worked with. She has been so spot on with everything we’ve asked her to do. That even enforces my feeling even more. We have her, we have all these people that we have access to. It really ruins the flavor for me [a label]. Nowadays, I feel like bands use it as bragging rights. But how does it feel to owe $100,000 at the end of the year?

Dead Rhetoric: Being independent, what’s your plan of attack when it comes to promoting your material through social media?

Gato: We are a very social band. Every member is very social – we use social media as a way to get our music out. It’s been working pretty well. We aren’t Bon Jovi yet, but we play a lot of shows in Florida, in general. We are now in a position that we can start touring next year. I bought an RV, we have a trailer, so we are ready to go. So our strategy is going to change a little bit next year when it comes to promoting our music. We are going to be playing out more. We are going to be more accessible, regionally. Unfortunately, Facebook has destroyed things for bands. They have limited our outreach tremendously. We used to get hundreds of likes on our posts – now we are lucky to get 5 or 6. Social media has taken a different turn, unfortunately. In order to progress, we have to get with the times.

Dead Rhetoric: It’s been horrendous in the last few years with Facebook. I’ve even seen that with our own page.

Gato: It’s a bummer, because it can be such a great tool if it was more open. If you had 2400 likes, and if people went to your page and clicked the thumbs up, why can’t they see what the band posts? They went out of their way to like it. Nobody pulled their leash to like it, they did it out of their own choice. Now Facebook says, “Oh you liked that, now you can’t see it.” It’s stupid, but social media itself is kind of stupid. I guess it goes hand in hand with that.

Dead Rhetoric: You’ve mentioned some things already, but what plans do you have moving forward?

Gato: We are going to be doing a lot of writing [in 2018]. We are already about a quarter of the way through writing our next record. We have plans to do maybe 1 or 2 tours. We don’t really know yet, as our singer just had a baby, so we don’t know what his schedule looks like. But we want to get tours another shot, since we haven’t done it in a while. We want to try and write – by this time in 2018, I would like to have this next album completely written, so we can start tracking in 2019. The new stuff we are writing is very different, but in a good way. It’s going back to our prog roots. We are all really excited about it, so we are taking our time with the songs. That’s where our future lies. 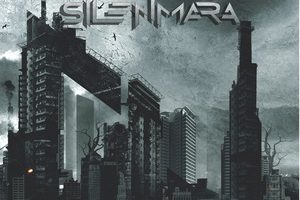