For this first edition of 2015, the quality versus quantity issue came up and once more it was decided to stick with quality. As these are hand-selected by going through Bandcamp pages on the weekends, it should be noted that any release picked for these articles have previously undergone a quality assurance test of sorts. This month we cover Andy Rive, Attic, Countless Skies, Death Fortress, Solemn Promise, and Stone Circle. 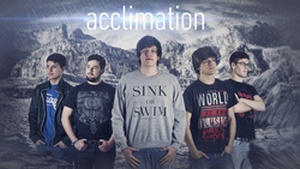 Admittedly drawn to this one due to the killer artwork, Andy Rive provided a bit of a surprise. A bit tepid about the “melodic” metalcore tag, hitting play displayed something slightly different. There are some lush melodies to be found here (see “Blizzard”) but overall the approach to metalcore here seems to be more similar to their countrymen Heaven Shall Burn. Acclimation is song-driven, focused metalcore, only resorting to breakdowns when appropriate (see “Weightless”) and keeping clean vocals to a minimum, again maximizing their effectiveness (“Salvation”). Also included are instrumental versions of each track, which are equally interesting and give some credence to the level of musicianship the band already displays on their second EP. 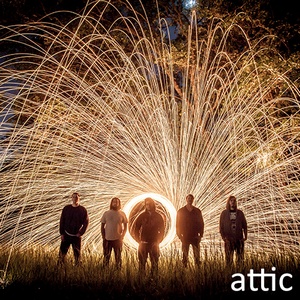 Thrashy technical death metal with some occasional left turns is what is delivered with Attic’s Seasons. Mostly short, sweet, and to the point, the songs do feel razor-sharp, particularly cuts such as the frenetic “Megasis” or the ripping “When Trees Come Alive.” But they are countered with the melodic approaches to tracks such as the instrumental “Snow” and atmospheric “Spring.” Then you have songs like “Fall” that seem to merge the two approaches. While it can be a bit jarring on occasion, there is a fresh perspective that begs to be heard and bodes well for the band, who have seemed to already found a bit of a niche for themselves. 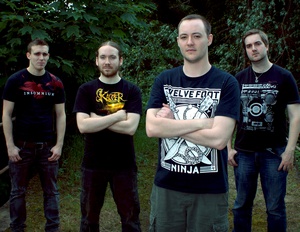 Attention fans of Insomnium and Omnium Gatherum, you need to check out England’s Countless Skies. Full of beautiful and sorrow-filled melodies and atmospheric keyboards, there’s plenty to sink your teeth into. From the full-speed ahead melodeath of “Everlast” to the more somber approach to the appropriately named “Ethereal,” Countless Skies have nailed the formula. Sprinkled with effective but not overbearing clean vocals to balance the lower growls from time to time, the whole spectrum of variety is being worked quite effectively. For the band’s first recording, it is impressive to say the least. It seems safe to say that Countless Skies is a name you’ll be hearing quite a bit more from in the future.

A tucked away little gem like Death Fortress is why scouring Bandcamp is almost a necessity at this point. New Jersey-based black metal that brings the fury and blasting of the ‘90s Scandinavian scene (not to mention its cold aesthetic) with some haunting atmosphere that further elevates the band without stooping to the usual ‘post-black’ trickery. Anguished screams and menacing growls serve as the vocal front and add to the overall punishing sound of the band, which does a standout job of holding the listener’s attention considering the sheer volume of maximum speed blasting the band can dole out. Occasionally, some wicked melodies burst out as well (see the title track), without getting in the way of the onslaught. Couple it with some glorious artwork, and you’ve got a real winner here.

Usually not big on much hardcore, the gritty and more death metal premise of Solemn Promise turned out to be quite effective. Truthfully speaking, outside of the usage of breakdowns and chugging tempos, there’s not much that separates this one from death metal in its intensity. The vocals provide a nice hybrid, keeping a more hardcore approach while allowing the throaty nature of death metal to seep in. The riffs hit effectively hard throughout, and having only 5 tracks keeps this one feeling fresh as opposed to overstaying its welcome. A powerful hybrid that manages to balance hardcore and death metal without ever having a feeling of the dreaded “deathcore” approach. 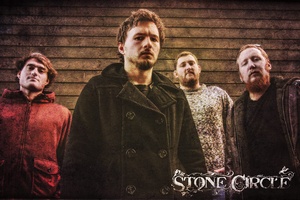 This one is unique as it was brought to my attention through Facebook as opposed to Bandcamp initially (through a sponsored post). Probably the two biggest citations that Stone Circle has would be that of Opeth and Gojira. A progressive blend that easily transitions between acoustic segments (complete with some excellent clean vocals – see “Chains”) and thundering, heavy riffage with equally impressive roars (see “Beekeeper”). All the songs seem to linger around the 7 minute plus mark, but due to the rather effective transitions, you’d never know it. There’s a lot of potential to be untapped here, and the level of professionalism is just begging to get signed to a label with some proper distribution. This one would have made my “Best of Bandcamp 2014” had it been released in time. Excellent stuff!