While time-wise, there wasn’t quite enough hours in a day to get a Bandcamp feature each month this year, it doesn’t mean there wasn’t still a wealth of material to check out. If anything, this list was even more cutthroat to make than in year’s past. More bands (and labels) are taking advantage of the benefits that the Bandcamp format, which can only mean that metal fans are reaping the benefits. Even if it means you have to dig a little bit deeper sometimes to find that gem. Consider all of the below releases definite gems, in that regard.

15. The Lust – Karmalove
Not only are Russia’s The Lust insanely prolific in their delivery of new material (there were a number of singles and EP releases in 2018 outside of Karmalove), but they don’t diminish in quality either. Catchy, gothic metal with a solid use of both female and male vocals makes this one band that you can snag an instant discography of an just dive in head over heels. Darkly beautiful stuff.

14. Since Ever – Following
While it was a recent discovery, Following has been on steady playback since finding it last month. With three songs, it’s a quick and easy listen with the combination of heavy, modern grooves and soaring vocals courtesy of Linda Lundberg. It’s easy to see the band gaining a larger following with this type of musicianship on display.

13. Blame – Almanac
One of the year’s best barnburners in extreme metal, Almanac is a rush of intensity. Scorching in brutality, but still having a core that’s far more melodic and progressive than it should be able to get away with. But it totally works in all directions – bludgeoning, exploratory, and melodically speaking. An album extreme fans shouldn’t be without.

12. Hinayana – Order Divine
After a promising demo, Hinayana prove more than their worth on this full-length. Melodic death metal with a streak of doom running through it, Order Divine manages to find a bit of its own space due to the percentages of both at play. Some soaring emotive moments couple with plenty of melancholy in ways that outshine many more ‘signed’ acts out there.

11. Tulip – Tulip EP
Branching off from melodeath act Monolith, Tulip keeps the heavy riffs and symphonic background but offers up a lot of groove as well. There’s a lot of depth to be had with it too – many hear ‘symphonic/female fronted’ and think straight-forward but Tulip songs can be dissected down and feel epic in their scope and design. A promising beginning for this band.

10. Burial in the Sky – Creatio et Hominus
Burial in the Sky have been pushing their version of atmospheric death metal over the last few years, bringing in different influences (as well as members) to create something outside of the box. Creatio et Hominus has some intriguing psychedelia going on that juxtaposes with the more brazen death metal moments, eliciting some genuine emotions within their material.

9. Fall – The Dreamer of Tragedy
Fall continue to push the melodic death boundaries into something that’s beautiful and moving, while keeping a unique, heavy edge to it. Each of the four tracks here are adventurous, launching into unexpected directions and vibrant soundscapes. The Dreamer of Tragedy is fresh and exciting, while continuing to retain the visceral edge of their last album.

8. Beneath the Silence – Phoenix
Proggy syncopated riffs, great interplay between atmosphere and driving heaviness, and powerful vocals with a gothic underbelly to them is what Phoenix is all about. A modern metal album that pulls from many different sources in only the best ways, Beneath the Silence are yet another act full of promise, as this is only their second EP. The dynamics are fantastic.

7. Aerith – Aerith
Good ole melodic death metal of the flashy, early Gothenburg days being brought up to speed is a sound to behold. Aerith prove that they are more than capable of the job, with glorious harmonies and riffs lined-up in each track that want nothing more than to keep you grinning from ear to ear. One foot moving ahead while keeping what makes the genre work is what really makes this one stand out.

6. Walk in Darkness – Welcome to the New World
Beautiful and gloomy symphonic/gothic metal. Not only does vocalist Nicoletta Rosellini stand out, but the music itself manages to avoid many of the pitfalls/trappings of the genre. Pleasantly dark, but not without moments of light, a unique vibe keeps the band away from their peers and further into crafting a world of their own within the music.

5. Threads of Fate – A Funeral for the Virtuous
There’s so much to rave about with Threads of Fate. Whether it’s the potent clean/screamed vocal combination, the bombastic and strikingly moving synths, or the abundance of killer riffing, each track has at least a few things you’ll be excited about. There’s a lot to unpack with its varied elements, but it’s totally worth the investment to really dig deep into this one and enjoy it thoroughly.

4. Mask of Judas – The Mesmerist
Mask of Judas really embrace the ‘prog’ in progressive and showcase a wide variety of styles in a unique way. From modern grooves and playful metallic riffs to more soulful R&B and melodic influences, you are guaranteed to not hear another album quite like The Mesmerist this year. Best enjoyed in a complete session to really get into it with some headphones, there’s a lot of cool layering to discover.

3. Ex Libris – Ann Chapter 1: Anne Boleyn
The first part of a trilogy of various Ann characters in history, Chapter 1 tells a complete tale within its 20-minute timeframe. The way the band handles both indulgences into the prog sector as well as still keeping it a highly emotionally resonate story is where the true strengths lie. Dianne van Giersbergen shines at the microphone, but the entire band is given some equal time to shine. Hopefully Chapter 2 is right around the corner now.

2. Silence Lies Fear – Shadows of the Wasteland
Even heavier and more aggressive in tone than the debut, Shadows of the Wasteland still retains all of the melodic death metal charm Silence Lies Fear previously mastered. The keys provide a subtle melancholy to offset the hammering blastbeats and frenetic riffs, making it a more emotive experience without sacrificing any brutality. Rare is the band that can be this visceral yet indulge a melodic and atmospheric presence.

1. Recode the Subliminal – Disconnected
Disconnected is simply a joy to listen to. Modern melodic death metal with plenty of clean/screamed switch-ups executed lovingly by Ryan Strain, catchy riffing and melodies, and above all, a killer concept that delivers all of the goods (based on the Deus Ex video game series). Everything from start to finish is worth delving into, and will most likely hook you from the get-go. Those into melodic metal should absolutely have this on their radar – it gleams with infectious hooks in a story that will make you think while taking you on an emotional journey. 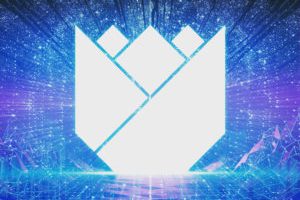