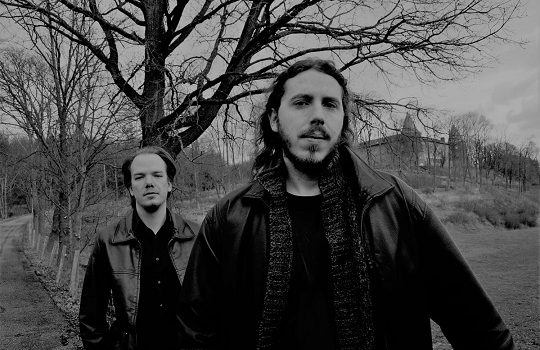 Tongue-lashing name aside, Dutch black metal duo Shylmagoghnar is perhaps one of the strongest bits of evidence yet that you don’t need to be a year-round, album-every-other entity to be signed to a large metal independent. After the success of their 2014 Emergence debut, Austria’s Napalm Records scooped the band up for the release of Transience, an otherworldly trip into atmospheric and melodic splendor. For Napalm, Shylmagoghnar embodies the label’s early spirit, where bands like Abigor, Týr and Vintersorg were blazing black, folk and atmospheric paths without the allure of commercial (in a relative sense) acceptance. Unable to tour, Shylmagoghnar looks to be a permanent studio entity, which is fine: Transience is so multi-faceted and layered that it may be impossible to pull off live. So here is Nimblkorg (instruments) and Skirge (vocals) answering our questions, shedding light on one of black metal’s most exciting new bands…

Dead Rhetoric: The black metal duo, while no longer a unique formation, can be a formidable pairing when the right people are involved. What brought the two of you together and, what makes your working relationship so strong?

Nimblkorg/Skirge: When we first met while we were in high school, our mutual fascination for music was one of the primary reasons we connected immediately, and this project was a direct result of that. We both felt that music had to become an important part of our lives, so the thought of forming a band together was there from the very start – before we even played any instruments. Despite that being years ago (it was in the early 2000’s), our fire for it didn’t fade. Creating albums felt like an essential life goal to us, and we did everything necessary to make that possible – even if it would take years. The personal bond we forged throughout those years has withstood many a trial, making us feel connected both in music and in spirit.

Dead Rhetoric: Emergence was obviously quite the success. Did you have any expectations for it? Or, was it one of those things where you figured you’d just throw it out there and see what happens?

Nimblkorg/Skirge: We had no expectations whatsoever, no! If anything, we thought that the chances of it surviving the storm that is modern media were nihil, because of our circumstances. The project is fully do-it-yourself, from the writing to the recording, to the mixing. For Emergence, we had no label/distributor, because we truly wanted to do everything by ourselves. We felt that the main purpose of the album was to prove to ourselves that we could achieve something through willpower alone – once it was finished, our journey reached its destination. So instead of expecting an arbitrary number of visitors/sales, we said: if even a single person is helped by this record, it will have been worth it to us.

Dead Rhetoric: How long did it take for labels to become interested in the band?

Nimblkorg/Skirge: There had been offers from labels since the earliest demo days (2004 and beyond), though usually very small. Not that there is anything wrong with that of course – many of them put a lot of passion and personality in their work. But we wanted to experience every step of the way by ourselves first, before handing off tasks to others. We figured it would be a good life lesson and we could always decide to get help later on with tasks that didn’t suit us. So with Emergence behind us, we had a good feeling of what our strengths and weaknesses were. Still, we are very fond of our artistic independence, so the only way we would be interested in working together with a label would be if they really bring something to the table we wouldn’t be able to do ourselves, while still giving us the freedom to keep making the music our way. Due to their roots and mentality, Napalm Records was a label we felt would be a great fit for that, so we’re very eager to have released this second album through them now.

Dead Rhetoric: How much of an impact do your Dutch roots have upon Shylmagoghnar?

Nimblkorg: We’re from Zuid-Limburg, which in spirit is a bit of a self-contained area of the Netherlands. In many places, it’s very rural, which comes with positives and negatives. The negative is that communities can be very small and set in their ways, so the quality of things like education isn’t always on the highest level. Also, it can feel ostracizing to people who don’t “fit the mold.” That’s not to say that people here are unfriendly – quite the opposite. It’s just is what it is. The positive is that nature around here is calm and beautiful. There is still a bit of an air of folklore and mystery, and a simple walk through the hills and forest can be all you need to feel fulfilled. I think that both our frustrations and love for this place have had an impact, though it’s hard to say exactly what caused what.

Dead Rhetoric: Your sound isn’t completely black metal, nor melodic death metal, nor folk. You sit comfortably between a lot of things, but, melody holds it all together. Are you ever comfortable with the various subgenre tags the band gets labeled with?

Nimblkorg/Skirge: Yea, we don’t mind so much what it’s called – we are generally just glad to see that people from different backgrounds and preferences can find something which they can connect to in the music. Genre is never on our minds while we are writing the music. We think the soul can be found across all kinds of music, and different genres excel at different things. They are like different modes of expression to us, and we’ll use whichever style feels most fitting to the theme of a song. We generally consider it a hybrid between atmospheric black and melodic death metal ourselves, but anything is fine.

Dead Rhetoric: Transience is heavily orchestrated; it feels like a journey. When putting together the songs, were you paying attention to song sequencing?

Nimblkorg/Skirge: Yes, it’s one of the most important and time-consuming things to us when creating an album. We feel that an album should be like a book and the songs its chapters. Songs get written or removed or re-arranged, their key and tempo adjusted, intros and outros planned; anything that helps to make the whole feel more coherent is worth trying. While the stories of each song aren’t necessarily as linearly connected as chapters in a book, the atmospheric shift from track to track is intended to be.

Dead Rhetoric: Is there any song that sticks out in particular for you? I’m privy to “Journey Through the Fog.”

Nimblkorg: A hard question to answer, as every single track has been very dear to us while we were working on it! But execution-wise, I think I’m happiest with the title track “Transience” for a vocal song, and “Life” for the instrumental. Those sound and feel closest to what I had in mind before we recorded them.

Skirge: Personally, I am torn between “This Shadow of the Heart” and ‘The Dawn of Motion.” But each song has something I enjoy tremendously — and I do feel that this album is more than the sum of its parts.

Dead Rhetoric: Obviously, there are going to be calls for you to play live. Is that a consideration at this point?

Nimblkorg: We sadly cannot fulfill this wish, as Shylmagoghnar’s form is partially based on personal health limitations on my part. Due to circumstances, I have trouble being among people and choose to live a very withdrawn lifestyle. Creating this music together with Skirge gives me the personal fulfillment I’m looking for in music. Playing live would be agonizing to me.

Dead Rhetoric: It took four years to follow up Emergence. Will it be that long for Transience?

Nimblkorg/Skirge: We have no idea yet! For Transience, we feel like there haven’t been many moments where we weren’t actively working on it, but we believe that music should be allowed to mature, so a lot of time tends to pass from the first draft of a song to the final release-worthy version. After a while, things always tend to fall together and everything suddenly feels right. The question is simple: when will that moment occur for the next album?

Nimblkorg: We are already starting to think about album number three, though it really is just conceptualization at this point. Transience was quite an intense journey for us to create, so we individually have some other projects which we would like to dedicate some time to, and hopefully, regain some energy and fresh ideas in the process. Those aren’t necessarily projects that will see the light of day – we just enjoy the variety. I also have some mixes/masters coming up for bands which I’m friends with, and of whom I admire the music, so I’m very much looking forward to that!

Skirge: I am currently in the process of building a new life in a new country – so between a new job, relationship, and a thousand other things I am glad whenever I have even a small moment to myself – which means very little time left for anything else right now. I am still working on my solo project Erlnym (something very different from Shylmagoghnar). 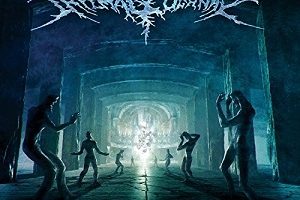