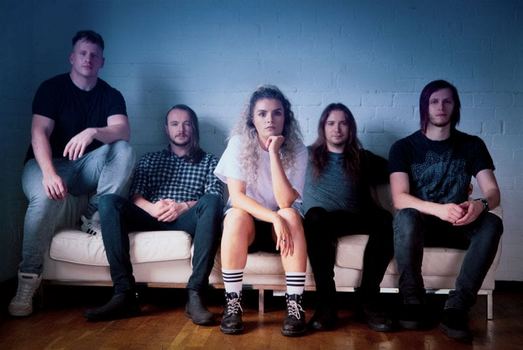 In the quest to find newer acts that don’t mind straying from the beaten path, this current road led to the discovery of Sertraline. Taking progressive and technical elements, massive grooves, and catchy and near-poppy melodies and wrapping them into an energetic ball, their upcoming third EP Clouded Minds & Silver Lines is nothing but impressive. To gather some more info about the band, we chatted with vocalist Lizzie Parry about the band’s name, heavy and melodic contrasts, goals for the band, and impacts from COVID-19.

Dead Rhetoric: Sertraline is the name of an anti-depressant. Is there a connection to the band’s music?

Dead Rhetoric: That goes against the grain of some of the heavier bands out there. It’s nice to see the positivity.

Parry: We try and inject positivity into a lot of what we do. I know a lot of bands – I question some of their names sometimes because it’s scary right off the bat isn’t it? It might discourage people from listening to them, if their name is Cannibal Corpse or something [laughs].

Parry: We definitely have gone much further down the progressive and technical route than we had in the past. We challenged ourselves quite a bit as musicians to come up with more interesting riffs and rhythms. We just got a bit more experimental and matured a bit more since the last one.

Dead Rhetoric: With time left still on the Kickstarter, was it a relief to already reach your goal?

Parry: Definitely. We weren’t sure how it was going to pan out, especially during this time. Everyone is much more worried about financial situations. We never expected to reach the target so quickly and it was a massive weight off of our shoulders because we could plow on full steam ahead with ordering everything. We are very grateful to everyone who has put their faith in us and give us their hard-earned money, especially at this time.

Dead Rhetoric: That was just for merch too right? It had nothing to do with funding the recording?

Parry: Yeah, that’s right. The money from the Kickstarter is going towards the merch and physical copies of the EP. We said that any extra from the target would be used to order more units of merch or we could put more money into the advertising, which we have been funding ourselves.

Dead Rhetoric: How important is the balance between heavier moments and melodies in the band?

Parry: It’s definitely important. When we started off with our first EP, I couldn’t do any of the screaming. We had a guitarist that did the screaming vocals. There wasn’t as much of it back then anyway. When he left the band, we realized very quickly that it was really empty and boring without the heavier, screamed vocals so I learned how to do them. Every song needs that balance. Some songs have more screams than cleans, and some the opposite. It definitely gets assessed per track, but you have to have a bit of both in each track. At least we do anyways [laughs].

Dead Rhetoric: So when you were learning how to do the screams, did you take any vocal lessons? The range strikes me as pretty impressive.

Parry: Thank you. For the screams, I didn’t have any personal or online vocal training, but I did buy the Melissa Cross dvds. I learned how to do it from them, essentially.

Dead Rhetoric: A lot of vocalists swear by those videos.

Parry: I think they are an essential to be honest, for metal vocalists. It’s not just purely focused on the screams. She gives you a lot of general techniques to keep your voice strong and healthy, and how to look after it. I think they are really good.

Dead Rhetoric: Where do you get your lyrical inspirations from?

Parry: At the moment, I would say there is a lot of inspiration from general life experience. People that I have come across in my day to day life. There’s a lot of experiences and people that have been exaggerated for the song’s sake. You can get creative and exaggerate a situation to make the song more interesting. I like to write about real things most of the time, because you can get more emotionally connected to it and write better lyrics.

Dead Rhetoric: With three EPs in the books, what do you feel allows Sertraline to stand out?

Parry: I am obviously a bit biased, but I generally don’t know any other bands that we sound really similar to. If you could name three bands that you sound like, or if you could say that the music is for fans of such and such, it’s hard to pinpoint bands that we sound similar to. A lot of people have sort of said that my voice is quite distinctive, whether they like it or not [laughs]. Some people have said some negative things about it, but I think it helps when a band has a very distinctive sounding singer. You can hear a track by them, and automatically know who it is. I really like it when bands have that. I like to think that we have that as well.

Dead Rhetoric: Yeah, and I would think with your clean vocals – I assume that’s probably where the negativity comes it. Metal has that problem when things become too melodic. Again going back to contrast, do you feel that helps when you sing over something heavier, it gives it more of a contrast?

Dead Rhetoric: You have done three EPs, are you looking to do a full-length?

Parry: I think the EPs are definitely easier to fund. I think we decided to do an EP again this time because it was another change in sound. We think we are going to stick with this particular style of writing – the more technical, progressive route – we are going to stick with this for a while. It’s where we want to be. So we thought if we did another EP, it would solidify that. I do think that the next project will probably be an album. We will write it first and then worry about the money later [laughs]!

Dead Rhetoric: To that end, is there interest in getting picked up by a label?

Parry: We haven’t had anyone approach us really. We’ve had a couple discussions but nothing that has gotten too serious. I don’t know. It’s very difficult. There’s a lot of small, really great indie labels out there that could be great to work with. On the other end of the spectrum, you have the really massive ones that are big, global names that everyone has heard of. We don’t really know what the best fit for us would be.

We haven’t really had any serious discussions about being signed, so we are just going to do our own thing. Once we have an album written and ready to go, we might reach out to a few people and see what they think. But for now, we are going to go with the flow. It’s so easy as an artist to just release by yourself these days. We aren’t scared of doing it.

Dead Rhetoric: What goals do you see for the band, either short term or long term?

Parry: Short term is just getting to the other end of this mess and seeing where we are at. I think it will take quite a while to get back into the swing of things and return to normal. At the moment, it’s a case of not caring what the gig is, we just want to play [laughs]! Obviously there’s a lot of bands that are aiming higher and higher with what they are playing, but at the moment I think everyone just wants to play something. So short term is to get into the swing of things.

Long term, we want to keep growing and reaching more people with the music. We have had such a good response to the first single from the new EP already, we have the best Spotify numbers we have ever had with streaming. That is an encouraging start, so we want to build on that and reach some more fans and slowly work our way up the ladder. We aren’t scared of playing the long game.

Dead Rhetoric: The band was supposed to go out on a UK soon tour right?

Parry: We were due to go out on a UK tour with Derange at the end of May. We have managed to reschedule most of those dates. So I think it’ll happen, it’ll just be a bit late but that’s fine. We’ll get with it.

Dead Rhetoric: Knowing that you are putting it out yourself, with the world in the situation it is in at the moment, is it tough to release something when people don’t necessarily have a lot of money to spend on music?

Parry: Yeah, and there’s quite a lot of saturation from bands just releasing content because that’s all anyone can really do at the moment. Doing things like covers and acoustic sets online. There’s a lot of noise at the moment. We talked about postponing the release until things had calmed down, but we thought we could put all of our time and effort into promoting it online. We can spend more time on it than we would have been able to otherwise.

We have a great PR agency that we are working with, and they are helping us a lot with getting features with a number of online outlets and push the release out there more than we could ourselves. We have a lot of channels to push it on, like our social medias and stuff like that. It is difficult, but you can only do the best you can do. I think it’ll be fine.

Dead Rhetoric: Everything is a question mark right now, but is there anything you have planned for later on in the year?

Parry: We have a couple of festivals booked, and we have been announced for UK Tech Fest, which is scheduled for July. But we are waiting to see what happens with that. It might get moved so we are waiting to see what the festival organizers are going to do. We have another festival announcement coming soon too. So there is some exciting stuff, and most gigs are being postponed, so they will just happen later. That’s something to look forward to. We are going to keep writing and putting content out and hype the new material as much as possible. 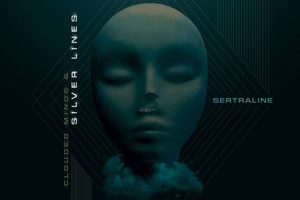