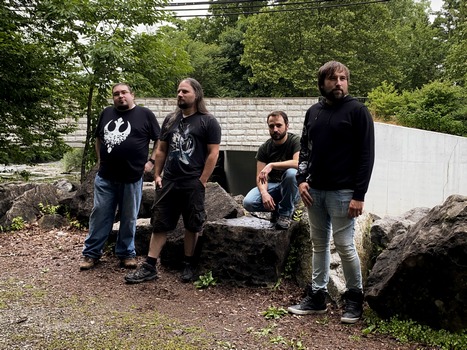 And so brings in the fall. Despite all of the COVID concerns, there’s a wealth of releases hitting the market as of now. Which means there’s never a lack of things to cover within the DR pages. This month we cover Aborted Fetus, Angelic Desolation, Cranial Contamination, Desource, Dreams of Avalon, Grumpynators, In Mourning, The Last Reign (pictured above), Rising Steel, Sadistic Embodiment, Silentium, Soulwound, Teratolith, and Tomorrow’s Rain. 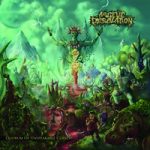 Angelic Desolation – Quorum of Unspeakable Crimes (Self-Released)
Combining elements of death metal, thrash, and a few bits of grind, Angelic Desolation’s latest 3-song EP Quorum of Unspeakable Crimes is every bit the ball of energy you’d expect it to be. Just enough melody to keep things interesting but not enough to bog things down, the only thing holding this back is that there are two original songs and a Decapitated cover. Not much to chew on, though the cover is solid, for an introductory sampler of the band, it holds up. Just expect to be left wanting just a song or two more. Not always a bad way to leave things though. – Kyle McGinn (Angelic Desolation on Facebook) 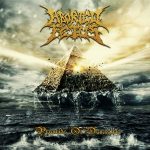 Aborted Fetus – Pyramids of Damnation (Comatose)
Veteran brutal death metal act Aborted Fetus continues to do exactly what you’d expect them to do – deliver a dose of audio carnage. That said, Pyramids seems a bit more tempered and restrained, in a good way. The usual blasting energy and frenzied riffs apply, but there’s a bit more mid-tempo groove and some occasional slowdown in the formula and it helps the songs to stand out a little more than in previous releases. While it doesn’t make them stick out much, it’s some growth that fans will inevitably enjoy. – Kyle McGinn (Aborted Fetus on Facebook) 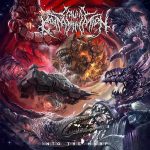 Cranial Contamination – Into the Warp (RealityFade)
Being a huge fan of sci-fi inspired covers, this one instantly caught the eye. Gorgeous and bright, unlike most brutal death metal efforts, which focus more on gore and darker color schemes. Unfortunately, that’s the only thing that separates Cranial Contamination from the rest of the brutal death metal pack. Nothing particularly wrong with Into the Warp, as it delivers all of the basics you’d expect from the genre (massive mid-tempo stomps, a few breakdowns, and punishing vocals) with murderous glee, but it doesn’t break enough ground to make it quite worthy of repeated performances. It will certainly appeal to the die-hards though. – Kyle McGinn (Cranial Contamination on Facebook) 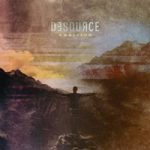 Desource – Ambition (Rockshots Records)
Intertwining a progressive form of djent-oriented metal with hardcore swings, Italian unit Desource with their latest EP Ambition careen back and forth between aggression and dissonance, jagged with sharp riffs, caustic vocals, and wild transitions. A mix of clean, emotive and extreme vocals, crazy, frantic and fluid lead breaks, plus slamming tempos make you think of Periphery and Meshuggah colliding into the Deftones and other modern alternative outfits. The almost two-minute frantic “Diary” unloads vicious swirls of manic riffs and steamroller rhythm section work almost tumbling off the rails, while the 8:34 closer “Innocence” showcases some of their reflective, melodic nuances instrumentally, the opening containing serene acoustic strumming before the electric progressive runs and crunchy, thick riffs and grooves take over. Ideal for those into heavy, modern progressive music. – Matt Coe (Desource on Facebook) 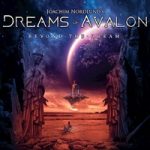 Dreams of Avalon – Beyond the Dream (Metalville Records)
Astral Doors guitarist Joachim Nordlund started the melodic rock project Dreams of Avalon during a creative break from his main unit – thus we have this debut album Beyond the Dream. Gaining support from drummer Sven Danielsson and keyboardist Joakim Roberg, Joachim tackled the vocals, guitars, bass, and additional keyboards for these eleven songs. Rich in 80’s AOR spirit along with synthwave enhancement, the uplifting melodies, bright harmonies, and catchy songwriting crosses aspects of Bon Jovi and Europe with Journey and early H.E.A.T. – it’s hard not to get into the infectious vocal to guitar/keyboard interplay for “Shining Light” and “Run for Cover”, while “To Paris and Back” could be an ideal movie soundtrack highlight reel montage to bring home a solid blockbuster. Radio-friendly ambiance of grand proportions, hopefully Dreams of Avalon won’t be a one and done outing – as this is throwback quality stuff. – Matt Coe (Dreams of Avalon on Facebook) 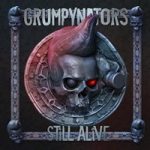 Grumpynators – Still Alive (Mighty Music)
Collectively embracing their diverse influences, Grumpynators achieve a mix of hard rock, rockabilly and metal on this third full-length Still Alive. Sonically blending together elements of Volbeat, Social Distortion, and Motörhead, it’s a sound that’s quite infectious, featuring focused, tight songs, addictive and easy to go down choruses, plus plenty of groove and punch to get the bodies bouncing and swinging in glee. The semi-ska slant to the main verse riff of “Going Away from Good” gives chase to an energetic, pumping heavy chorus, while “Dream Girl” has that throwback vibe and playful, singalong nuance that lovers of Volbeat appreciate. Most metalheads will appreciate the heavier slant of “Yesterday” while closer “Back On the Road” is ideal for the top-down, wind in your hair highway cruising days or nights. Pure and basic, Grumpynators get the job done here. – Matt Coe (Grumpynators on Facebook) 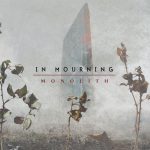 In Mourning – Monolith (Reissue) (Agonia)
Perhaps rightly characterized as a more brutal Opeth, Sweden’s In Mourning is now left to occupy the void left by the band they are so compared to. Back in 2010, though, the Swedes were still a cult curiosity. This year celebrates the tenth anniversary of Monolith, the album that helped put In Mourning on the map. It’s getting the reissue treatment from Agonia, but that’s beside the point — the album remains indelible for its choice use of melody and sheer heaviness, flanked by challenging arrangements and some top-level riffing. If anything else, Monolith endures for its incessant, if flagrant density. There’s more than enough to chew on here to last another decade. – David E. Gehlke (In Mourning Facebook) 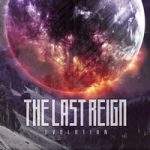 The Last Reign – Evolution (Self-Released)
Buffalo’s The Last Reign return with a new album in tow, which should mean that melodic death metal fans’ interest should be piqued. Their ability to channel old school Gothenburgian goodness has only ascended since their debut Expulsion from Paradise and it makes for some thrilling tracks. There’s some slight modern and American accents into it, so that it avoids old school worship, but that Swedish essence is there in the band’s songwriting and technique (“Annihilation of the Ancients” will impress). If you wish In Flames and Soilwork would have stuck to the script with their older appraoch, Evolution is a must-hear. – Kyle McGinn (The Last Reign on Facebook) 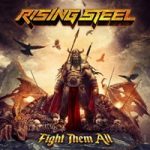 Rising Steel – Fight Them All (Frontiers Music)
One look at the band logo and name alone should alert you to the fact that this French act Rising Steel are all about traditional heavy metal. Fight Them All poises the quintet into that see-saw battle between the past and present – elements of 80’s Judas Priest and Accept coming to mind against a powerhouse vocalist in Emmanuelson that mirrors Warrel Dane with a mix of Nevermore, Metal Church, and Grand Magus type riffs sprinkled in here and there. Raise your axe handles for the harmony-filled title track, gear up your voices for the old school sounding anthem “Savage”, while the heavy, semi-thrash closer “Master Control” keeps the energy flowing. The older brigade will relish this, and hopefully indoctrinate a few of their sons and daughters into the coven. – Matt Coe (Rising Steel on Facebook) 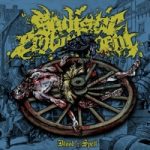 Sadistic Embodiment – Blood Spell (CDN Records)
After three previous EPs, Canada’s Sadistic Embodiment comes out swinging on their full-length debut. Pure and unadulterated death metal is at hand in the band’s assault, but don’t expect it to dull your senses as it continues. There’s a number of dark melodies that weave their way into the sound and craft some catchy moments that keep it brutal but still quite memorable. Not to mention some heavy grooves (see “Flesh Deposition”) that are definitely going to catch some ears. A rather promising debut for extreme music fans to dig into. – Kyle McGinn (Sadistic Embodiment on Facebook) 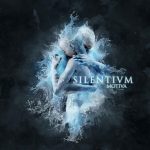 Silentium – Motiva (Out of Line Music)
Last heard from in 2008, Finnish symphonic goth metallers Silentium were one of a handful of bands purveying the style at the turn of the century that had promise. This scribe remembers the formidable nature of their 2003 concept album, Sufferion – Hamartia of Prudence, of which remains a career highlight. Today, in 2020, though, the band is largely ineffective on Motiva. With so many bands having adopted symphonic metal with a female lead, Silentium, and in particular, vocalist Riina Rinkinen, stumble their way through nine songs of lite and average metal. – David E. Gehlke (Silentium on Facebook) 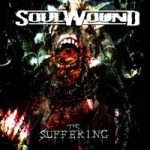 Soulwound – The Suffering (Inverse Records)
Named after a Fear Factory song, Finnish act Soulwound attack from a thrash with death/modern groove nuance on their third album The Suffering. Musically the band go for a heads down approach – the vocals containing a low deathly roar that is discernible, the rhythms stacked in ferocious stairstep mode while the rhythm section goes from full-force to mid-tempo transitional groove with elements of power at the helm. A slower, lurching song like “Pleasures” marries Grip Inc. and Six Feet Under, while the cyber-like sound clip that starts “Meat Puppets” gets adrenaline flow on high through militant rhythms and balls-out hooks that rival Slayer and Sepultura at the top of their game. Simplified gang-like vocals during the choruses and smart, melodic leads put a bow on an already attractive thrash release. – Matt Coe (Soulwound on Facebook) 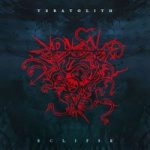 Teratolith – Eclipse (Brucia Records)
Really murky and eerie vibes emanating from this one. Teratolith creep along from horrific, blackened waters to moody, bleak atmospheres in such a way that it keeps you on your toes while listening due to some claustrophobia. It almost sounds as if something is coming up from the netherrealm as you listen, as the dark ambience shifts into something more primal and urgent as blastbeats take hold. There is a lot of atmosphere though, which means its more of a slow burn and release that you have to be willing to let take you on the perilous journey instead of something with more immediate gratification. – Kyle McGinn (Teratolith on Bandcamp) 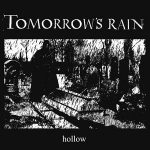 Tomorrow’s Rain – Hollow (AOP Records)
Tomorrow’s Rain effectively brings us gloomy UK doom from Israel. The act has mastered the sounds of the Peaceville greats, with a grandiose and morose quality to their music that really brings up the ‘rain’ portion of their name. Longer trudges through dreary landscapes are the norm here, and the feelings are effectively captured even if they do stick pretty close to the genre norm. But with such a sound already captured on their debut, the future does indeed look bright for the act as they continue to develop their sound and identity. – Kyle McGinn (Tomorrow’s Rain on Facebook)