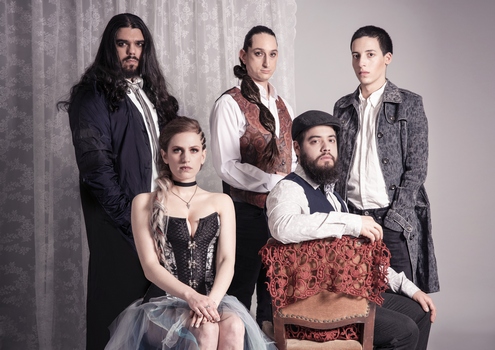 Scardust’s debut, Sands of Time, was an out of nowhere delight. A partial concept release that tapped into symphonic, progressive, and most of all, epic vibes across its length. The band was picked up by M-Theory Audio and re-issued, giving it a wider audience. Three years later, the band is back with an even more ambitious concept with multiple ways of combining songs and even greater progressive and bombastic qualities. There’s not much out there that will sound quite like it. So we chatted with vocalist Noa Gruman again to get her thoughts on the material, her development of metal acapella group Hellscore, Patreon, and much more.

Dead Rhetoric: Did you get your music video finished last week?

Noa Gruman: Oh god [laughs]! The filming is done. We had to make it work before the lockdown. But the thing is, I don’t know if you saw the photos from behind the scenes, but we used a greenscreen – we improvised it last minute in order to make an animation or lyric-based video. So most of the editing will be in post-production. That’s something that I don’t know for sure if it will work, though I can pray and hope though [laughs]! We will find out soon enough if the [rush] was worth it and the video will turn out the way I imagined it.

That said, we have been super ambitious about creating multiple videos before the album is released. Since there are no shows to promote the music, we are aiming to make as many videos as possible. That’s the situation right now.

Dead Rhetoric: To you, how does Strangers compare to Sands of Time?

Gruman: In many different ways – conceptually, with Sands of Time half of it was a concept album. So it’s like a long 30-minute piece and individual songs. Strangers is a full concept album, so the whole thing is one concept that is divided into different aspects of being estranged. The entire album can be listened to as one long piece, but it is structured like an arc. One song from the first half of the album is the ‘question’ to the ‘answer’ song on the second half of the album. So you can take two songs from different sides of the album and connect them together – so that they also function like one long piece. Then each song can also be listened to individually.

So it’s a mixture. Everyone can create their own way of listening to this album. So conceptually it’s completely different. In Sands of Time, you can’t really can’t disconnect one song from the others…I mean you can, but it’s obvious that it is a part of the concept.

Dead Rhetoric: Goes along with that whole ambition thing!

Gruman: [Laughs] Yeah, but this was really, really planned thoroughly. For like two years.

Dead Rhetoric: The last time we talked you had mentioned a rock opera concept. This isn’t it, correct?

Gruman: No, we put that one aside for now. It’s something that started the band, and maybe in the future we will come back to it. But not yet.

Dead Rhetoric: Did using a string quartet and choir allow you to really bring your vision to life?

Gruman: Yeah, we love that cinematic, big sound. The choir, to me, is like another band member. It’s an integral part of Scardust. We are talking about Hellscore, which is my own choir. It’s kind of like my musical instrument in the band, apart from singing. Then the string quartet is mostly friends and family. My sister is in the string quartet, so it’s also like a part of the whole big Scardust family. So it’s not only because of the sound, but because these people are a part of what we do.

Dead Rhetoric: Given the rock opera nature of the album, is it tough to get the music to sound as big when you are on stage?

Gruman: We have the choir, which is like a band member. We aim to have them in all of our shows, even if it isn’t always possible. In our last UK tour in 2019, we literally assembled a choir for that tour so it’s very important for us to play the music as it is on stage as well [as on disc].

Dead Rhetoric: How has the “Mist” cover competition been going?

Gruman: It started when one of our fans uploaded a guitar cover for it, and we were absolutely overwhelmed by it. It’s a song that hasn’t been released yet. He just heard this snippet of “Mist” in our album trailer that we uploaded to YouTube. So it made us really happy. We play progressive metal, and we guess that a big part of our audience is made up of musicians like ourselves. We like to play songs that we like [laughs] – I know I like to do that. So we figured why not give them the opportunity? To do something fun with it. So we published this challenge and invited people to participate. We are also working on publishing some playthroughs/tips videos to engage people more to get them to learn how solos are played and things like that.

Dead Rhetoric: How has Patreon worked for you as a platform so far?

Gruman: I love my Patreon. It’s a platform that allows me to share a little bit more. To communicate with people more who are seeking this sort of engagement. But to be honest, I’m really bad at promoting it [laughs]! I’m not the kind of person, and this is the biggest challenge, to do whatever it takes to promote it. So for now, it’s very small. I have 12 supporters at the moment, and I love them all. They are awesome! I hope to find it within me to make it a bit bigger and promote it better.

Dead Rhetoric: You mentioned it briefly already, but could you talk a bit about Hellscore and metal acapella?

Gruman: It actually started with Sands of Time. I gathered my private students as well as some friends/family who wanted to participate. It was a big choir – almost 40 people. They were all so into it! It’s not every day that you get to sing and work and create music with a bunch of people who share the same interests and music – who are all in this together. I really loved the idea of gathering people who would like to sing metal music together. So I did it – I had all of these students at the time, so I went for it. I didn’t plan for it. It was kind of its own being that just developed itself over time. It started with like 10-12 people in my living room. I started writing some acapella arrangements for some simple things like Judas Priest and stuff like that. Then it grew and grew. Now I have 42 people in the choir, almost 4 years later.

I also sing with Orphaned Land so they knew of my work. So at one point, Kobe [Farhi] asked me if we would work with him on the last Orphaned Land album. So before we knew it, there were already two albums that Hellscore helped record for metal bands. So more bands started to show interest. It developed into not only a metal acapella choir, but a metal choir as well. Nowadays, we do our acapella repertoire, which is a full set of 12 songs of metal acapella, but we also participate in metal albums like Ayreon and the upcoming Therion album, as well as Amorphis. We also sang with Patty Gurdy. We love it! We would like to continue doing that as much as possible.

Dead Rhetoric: What does the term progressive mean to you?

Gruman: I would say it can mean a lot of things, and it could mean something else to different people. For me, I think it just says that it’s based on classical music and less on contemporary structures. In terms of the harmonics and arrangements. When I say orchestrations, I mean for the entire piece, including the guitars, bass, drums, and piano. The whole band is orchestrated in classical – it’s all thought out like a composer would do.

Dead Rhetoric: How important is that tie between the two when you are writing?

Gruman: I would say it’s very important. I don’t think we would ever be able to write this kind of music without a classical background. Not on the level we do, anyway.

Dead Rhetoric: So given the sound of Scardust, do you feel that you could pitch the band to someone who is looking for a more musical experience – not just a heavy metal one?

Gruman: We like to use the word epic a lot [laughs]. So yeah, I would say that it’s that or that is Disney-like. Everybody loves Disney!

Dead Rhetoric: That fits pretty well, the Disney aspect. Given that Disney reference, is there a Disney song that you would feel that Scardust could cover?

Gruman: All of them [laughs]! I would have to think about it, as I love all of them, really.

Dead Rhetoric: Do you have any plans upcoming, I know the touring is not happening right now.

Gruman: Yeah, it’s very unfortunate. I’m very sad about that. I miss it very much, and every day I miss it more. But we have decided that we are going to make videos, like I was saying before. That’s our focus right now. We released two videos, and we are releasing them in pairs. Since the album is made up of pairs, one song is mirroring another song. We release two songs at a time. At the beginning of the month, we released “Tantibus II” and “Addicted” a few days apart. Next month, we will release another pair of songs, if this greenscreen video works [laughs]. Then the month after, we will release another pair of songs. So we have six videos planned at the moment.

It’s not published yet, but we will also do a live-stream around the release of the album – that’s the plan anyway. We will play some songs from the album and do a Q&A with the fans. So that we will have some sort of interaction with the fans, since we miss playing so much. Then we will see how it goes in 2021. Maybe it’ll be a nicer year. But we can’t predict it, so that’s our plan until the end of 2020. 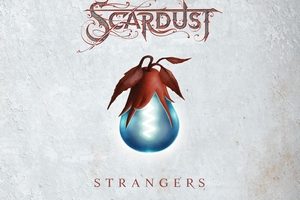